DeJarnette K. Johnson
May 16, 2016
University of Arkansas at Little Rock
2 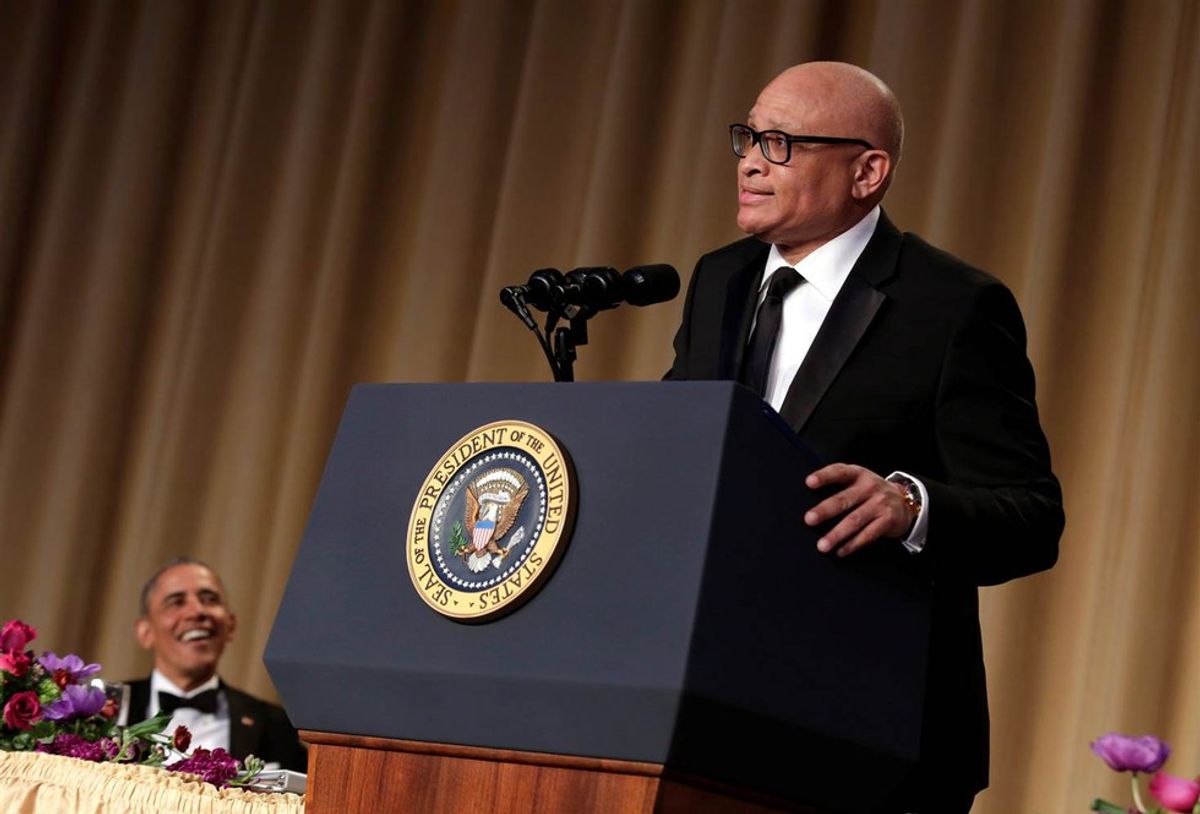 So, I’ve just about held my tongue for as long as I could on this subject.

Comedy Central’s host of "The Nightly Show," Larry Wilmore, has recently come under attack for his edgy roast and toast bit at The White House Correspondents’ Dinner earlier this month. And since it seems that everyone else has had an opportunity to express their ... concerns, I figured that I may as well take this opportunity to inject mine, as well. Everyone from Piers Morgan, to Wendy Williams, to Reverend Al Sharpton, and yes, the ladies of "The View," (womp, womp, womp) have had one thing or another to say. And now, it's my turn.

Two things that trouble me. The first one being the level of offense that was taken by spectators (and particularly social media), and quite frankly, I’m not sure if I’m more aggravated by the offense of white Americans or blacks. As for a legit reason why a white American would be offended by the use of the word, I can think of none aside from the fact that they typically aren't "allowed" to use it. But second and probably more troublesome than the first is the fact that the use of the “n-word” by a black American man is still an impactful enough event to arouse people to such a degree when I thought we had settled this discussion on "Oprah" already.

To infuse my personal views on the use of the word itself, I absolutely and whole heartedly agree with the use of it, among friends and peers of close relation, and yes, in some instances even without regard to the color, tone, pigmentation or level of melanin in their skin. I happen to have close friends of various races whom I’ve extended this sacred privilege to. After all, it’s not like they don’t already use it in the privacy of their inner circles anyway, you know, when we aren’t around. So why the hell not? I’m just being honest. Because whether or not you choose to remain naïve about this idea, it does exist.

I think that now is a good time for me to insert a disclaimer. While I'm not personally offended by the use of the word from other races, the general rule to those in doubt: don't.

I am a bit perplexed, however, as to why in the year of 2016 that black Americans were so grossly offended by use of the word by the comedian. If it was deemed as inappropriate simply for the backdrop being the formally esteemed White House dinner, then, I can kind of understand that. But if I’m honest, then I must admit that I thought it was actually a courageous move on his part to utter something so taboo in that setting. For me, the whispers and the gasps were all a bit much, and in my opinion an over exaggeration by a room full of people who surely have engaged in conversations before where this term has been vocalized. Although when used in this particular setting, it seemed more like someone who had spoken a deep, dark family secret in front of company. I understand that these conversations are typically reserved for private gatherings instead of a tabletop issue discussed in front of everyone. And perhaps, that was my problem with this whole idea, in the first place.

Especially since we are at such a critical time of a national crisis on so many levels, the use of the word “n*gga” seems to be yet again a deterrent from issues that are indeed more pressing. Issues like an ever-growing economic crisis and our national debt, a water catastrophe in a major United States city that has seemingly fallen off the grid of people’s otherwise preoccupied minds, not to mention the fact that there are still only eight seats presently filled in our judicial body’s most high position of the Supreme Court. Nevertheless on our agendas are the affairs of the Kardashians and which bathrooms someone wants to use. Like, what bathrooms have trans(gender) people been using before now?

The moral of the story is this: Of all of the pertinent matters concerning our country at this exact interval, why are we intent on dealings of such trivial pursuits? #Food4Thought