Dear Female Who Is "So Over" Feminism

Dear Female Who Is "So Over" Feminism

Feminists aren't fighting men. We're fighting the system and the society that created it, including you. 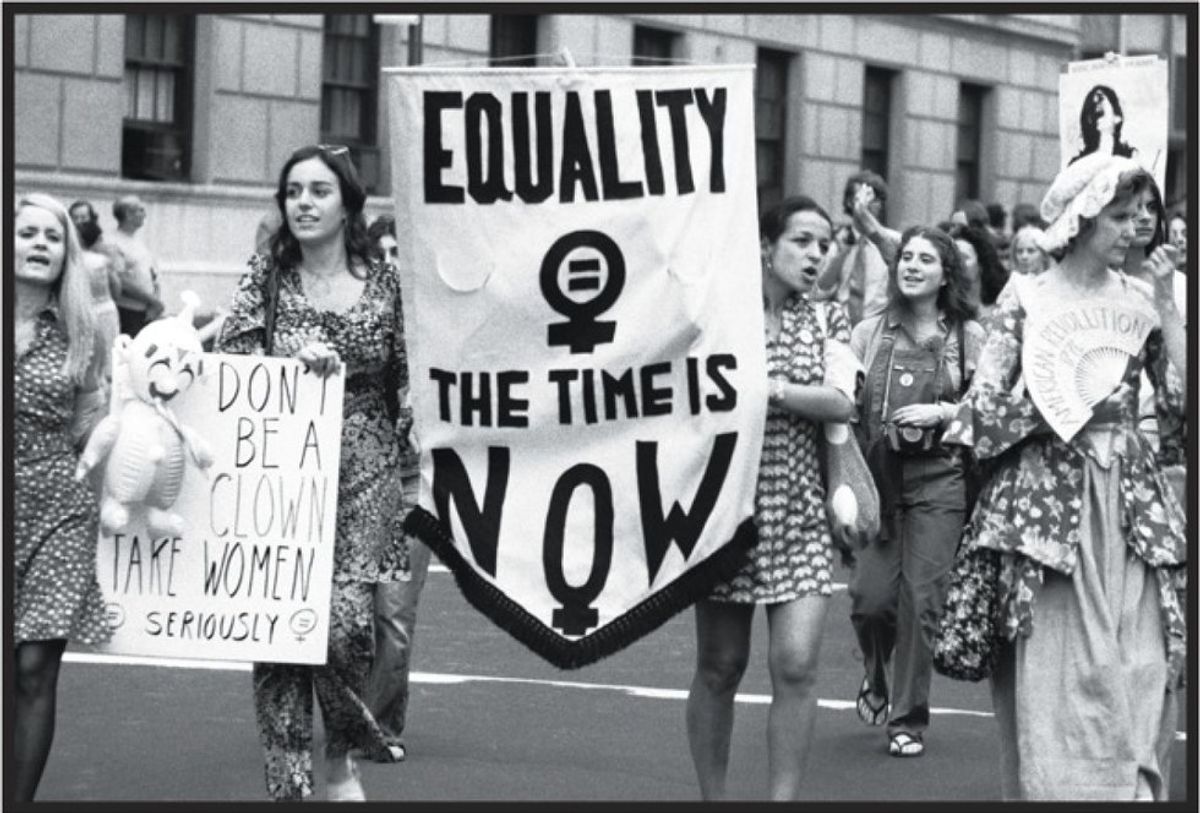 Last week there was an article trending on Odyssey called "I Am A Female And I Am So Over Feminists". The creator of this article talked about how she was tired of hearing about feminism and believed that men and women in the United States were pretty equal. But I’m going to directly respond to that by saying, no. Women are not equal to men.

I will note that women have made huge strides within the last hundred years. We gained rights to vote, we gained legislation in collegiate sports through Title IX, and we have emerged into the workforce. But that doesn’t mean we have "shattered" the glass ceiling and that doesn’t mean that there is nothing else that needs to be fixed.

Let’s go through your points one by one.

You move on to the respect of women in your fourth paragraph, and say that women are more respected now than they ever have been. But if that’s true then why are one out of five women sexually assaulted while they are in college? Why are 20% of women physically abused by their partners? Why is it that about one in four women are sexually harassed in the workplace? You think this is what respect for women looks like?

Your next point is chivalry and how all feminists seem to be offended when a guy holds a door open or pays for a meal for them. Chivalry is based on a notion that women need to be saved. Feminists believe that not every woman needs or wants to be saved, but they also recognize that some do. Feminists recognize that some women like it when doors are held open for them and when the man pays for their meals, but feminists also know that not all women like that. Are you suggesting that it’s bad to believe that every woman is different and unique in her own way?

Now with the workforce and money. You say that it is “relatively new” that women have been in the workforce and you say that it wasn’t really until the ‘80s when women really got to work outside the home. This simply isn’t true. It might be true for middle/high class white women – even though they started to enter the workforce around the time of World War II – but for low class/poor women of any color, this is not true at all. These women have been working for many years. And let’s not forget who gave you the right to go to work in the first place: feminists.

As for money, like you said, women statistically make less than men when they work the same job. But unlike what you say, this glass ceiling is not being shattered. There has not been change in the amount of pay that women receive to the man’s dollar. It is becoming more well-known, though, and guess who made that possible as well? That’s right... feminists.

Your last point is ludicrous. Feminists don’t believe that everything is men’s fault. They believe the system that has been created and put into place is faulty and only caters to white men. Also, you say that men and women are not meant to be equal, and to that, I have to say... what? Do you even know what you’re saying? Would you like to go back to the time when men and women were severely unequal? To lose your right to vote, to go to college, to work outside of the home?

Finally, there is a theme throughout your article pertaining to sports. You say that TV stations will only air the games that get the most ratings, which suggest that people find men’s sports more interesting. Can you try to think of why that might be? The women’s teams can do just as good as the men’s, and sometimes they even do better, but still people are only interested in the men’s sports. Why? Maybe it’s because they can be more forceful, get a little bit more pushy, but again, why can’t women get a little more physical in their games? This probably leads to an idea that women are more breakable, more fragile. But if women are in sports, they are not looking to be more fragile or to be treated like they are breakable. They want to play like the boys play. So again, ask yourself why the men’s sports are actually more interesting. I bet sexism is part of it.

In short, without feminists, you wouldn’t be where you are today. You wouldn’t even be able to write this article. And even though you might be tired of hearing about how you have internalized the misogyny around you, that doesn’t mean it’s wrong.Maybe you should try listening to the feminists some time. You might learn something.
Report this Content
This article has not been reviewed by Odyssey HQ and solely reflects the ideas and opinions of the creator.