The Day I Realized I Might Be A Dragon

The Day I Realized I Might Be A Dragon

Or, the day I discovered the benefits of hoarding. 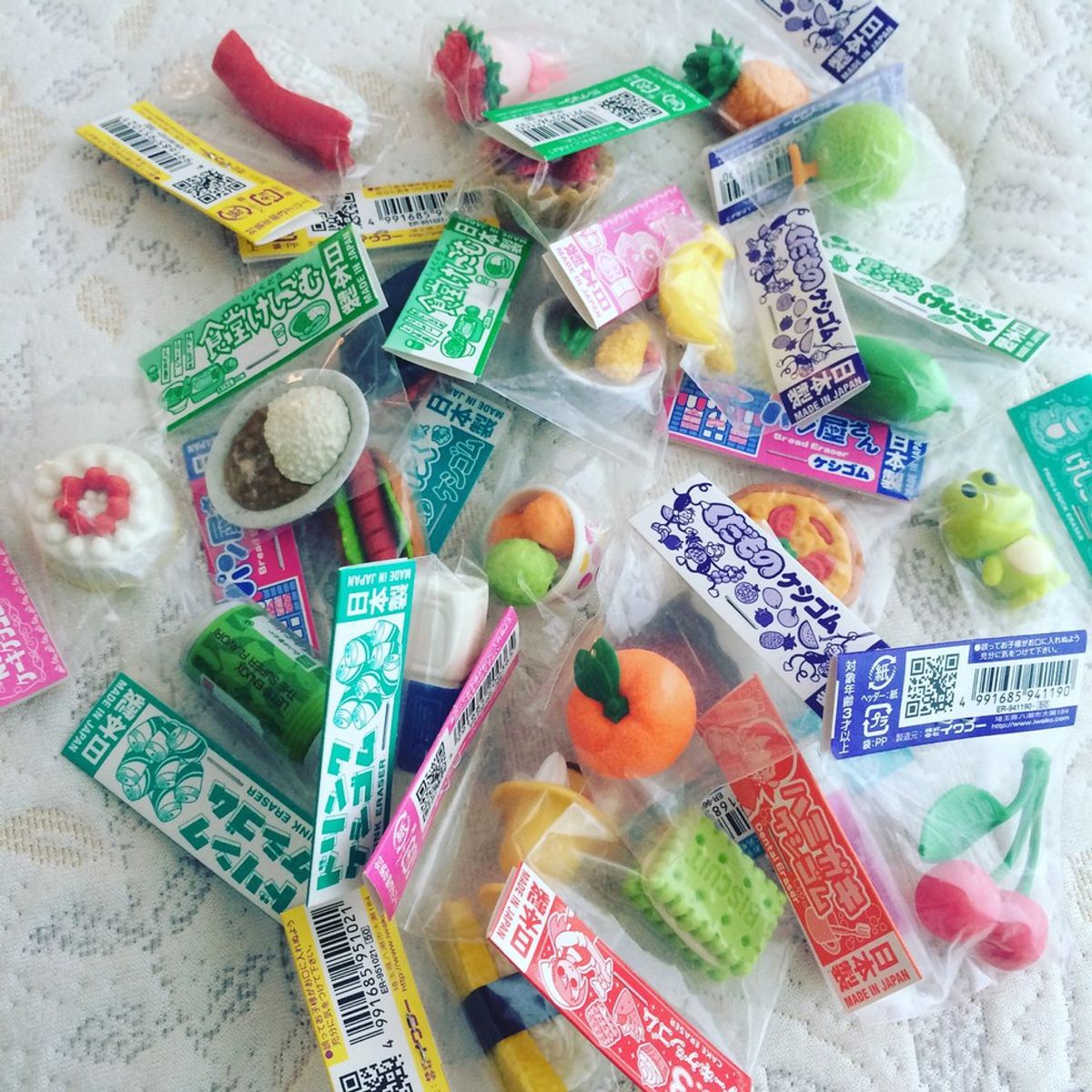 I find three hoards in my room.

The first is a drawer full of Japanese erasers shaped like various food items. None of them have been opened or removed from the small plastic bags that I bought them in at least six years ago, when I used to take anime drawing classes. The second hoard is of scraps of felt flowers from the craft store and various other endeavors that weren't good enough quality to be converted into flower crowns. They share a vase with three vulture feathers. The third and final hoard is of teacups and mugs, though it is only half of the true amount I own. They are snuggled in the back of my armoire, behind hairbrushes and bottles of perfume that I haven't used in years.

Truth be told, I'm not that distressed with the realization that I might be a dragon as some would expect. I'm more surprised that I noticed my hoard-keeping just now, after having lived in the same tiny room for nearly 10 years.

I'm sure most people have small hoards of trinkets such as these hiding in their rooms, and like me, they would not be found or remarked upon unless their owner noticed them, as I did, mid-catharsis. I have often boasted that out of all my siblings, I am the least messy. I have the smallest room in our house, so in my mind, it's not like I can fit that much stuff in it anyway. But it is when I am in the midst of purging that same small room of its dusty knickknacks and crowded shelves that I realize I happen to share some alarming characteristics with a dragon--or three. When I am confronted by the triumvirate of hoards, I pause, and consider each one carefully.

The erasers are truly relics of a time long, long ago. I know I cannot throw them away, nor do I want to. After all, the collection is so impressive, there has to be at least 20 in there. I remember when they were first sold at the small building I took art classes in on Saturdays. And naive, teenage me, who thought watching anime and listening to j-rock music made her an expert on all things Japanese, simply had to have as many of those adorable and colorful erasers as she could buy with her weekly allowance. Though remembering who I was when I bought the erasers makes me shudder with mortification, those small and surprisingly realistic little things also remind me of the pure joy I felt upon having a community of creative people (most of which also struggled with being the "weird girls" in their schools) to connect with every week. The friends I made in those art classes, though not all of them still remain in my life, helped me to come out of the shell that the tumult of middle school pushed me into. I learned to improve my art, build up the confidence I severely lacked at that stage of my life, and find value in the things that interested me. So, the Japanese erasers are spared from the trash. I refuse to part from the memories attached to them; but I also refuse to let that weekly allowance go to waste.

The flowers are a different story. I originally plan to throw them all away, because they are just scraps from when I last crafted some flower crowns. But as I sift through the felt petals of many colors, I only throw away the most ragged bits. The leftovers remind me that even though they cannot be made into what I had first intended them to be, they are not worthless. I have felt enough like a misfit throughout my life to know that things are still valuable even if they do not contribute to a larger group of things. The brightness of the flowers complements the earthy colors of the feathers they sit beside. I affix them back to their previous place, only after a bit of rearranging. They remind me, in a similar way that the erasers do, of the beauty that lies in a group of misfits.

Lastly, I find the teacups, nestled tightly together in a place where they can only collect dust. They are the extra ones that could not fit in the kitchen cupboard, but they are also the most treasured. Often gifted to me by friends, or bought on a whim in the company of friends, they range from the most fragile and intricately designed porcelain, to a $5 mug with a storm trooper painted on the outside. Some are chipped, some antique, some never used. But each is precious enough to keep.

True to my dragon form, each hoard stays. No, I most likely don't need a drawer full of Japanese erasers shaped like desserts, or a vase full of useless flowers, or a shelf of dusty mugs. But I keep them.