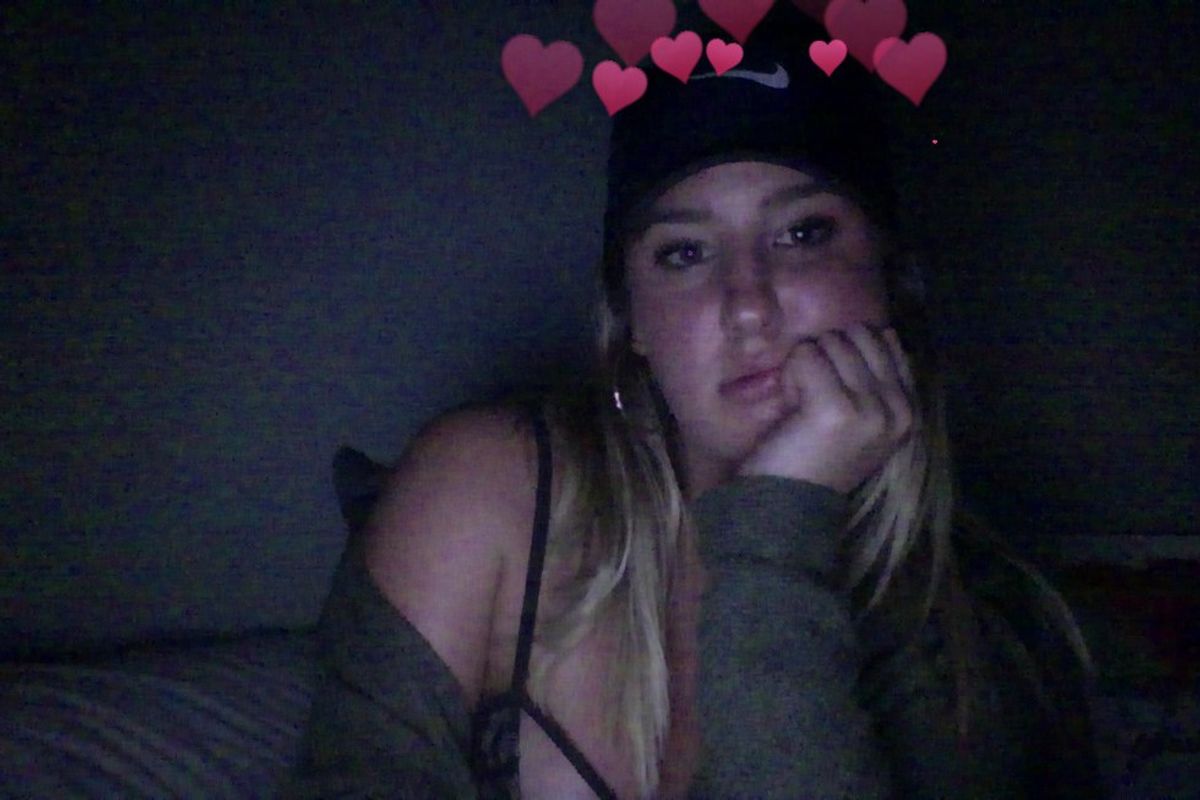 I've heard a lot of my male friends talking lately about how they just can't seem to get a date. So, I went out and found a group of 20-something-year-old women to expose the secrets of dating. What we really want... is apparently...

"Always ask where she wants to eat dinner- even when she constantly says "idk" every single time, she still appreciates that you ask. Same goes for the movie you're gonna watch. " - Emily Mills

"Don't only have mirror pictures on your tinder." - Emily Gordey

"The little things matter A LOT. Knock on her door in the morning and surprise her with Chick-Fil-A breakfast. Write her a sweet note and leave it under her windshield wiper. It doesn't have to be everyday, but random little things like that will make your girl's day, I promise." -Tyler Duval

"Get her family and friends to like you because that's who really decides if you stay or not." -Anonymous

"Plan dates because I'm definitely not gonna do it." - Anonymous

"If you're going to send me something- forget the flowers. They die in 2 days. I'd be more amused with a goldfish. Same lifespan.
Actually- no, send pizza. Shorter lifespan but way more valuable." -Anonymous

"Honestly, just showing genuine interest and being nice, like if you're nice and ask me on a date, I'd probably give them a chance." -Anonymous

"Don't be a dick. Don't talk about yourself all the time. Ask about my day and my life." -Anonymous

"Don't make her have to guess your feelings. If you need space, tell her. If she's doing something wrong or unfair, tell her. (Nicely of course) We're women now, we're grown ups too and deserve to hear the truth. Be man enough to be honest with her, despite how sad/mad/insane/*Beyoncé sings Hurt Yourself* she may get. Because often times we get so caught up in life that we hardly realize how crazy we're being lol." -Courtney Wicker

"Jealousy is not a thing. The second you yell at me because Timmy Turner or Rudolph The Red Nose Reindeer liked my Instagram picture, is the second I block you and forget you ever existed." -Anonymous

"Pay for all our shit. I don't know, what do you think?" -Anonymous

"Have a sense of humor, but not like a dick, you know? Don't have an annoying laugh either." -Anonymous

"Treat her like she matters, when she talks hear her and listen to her, take her on dates but it's not about the expensiveness of the date but more about the effort and thought put into the date, make her laugh and make her feel comfortable with you no matter if she has makeup on or just woke up with some smelly morning breath." -Emily Caskey

"If we say all of these nice things, they're going to think we want them to be nice." -Anonymous

"Hold the door open for us. Oh, and by us, I mean that my best friend comes with me on all dates." -Anonymous

"Don't try to be super polite or super cool. Just have fun, you don't have to go all out, but it's fun if you have ideas to do stuff like carnivals or Skyzone or a hike. Rather than a nice ass dinner." -Anonymous

"If we tell you about our girl drama, just agree with us. That other girl sucks and you hate her now." -Anonymous

"Don't be too nice or I'll get really uncomfortable." -Anonymous

" Don't be dependent, like have your own friends and want to spend time with them too like hanging out with your girlfriend a lot is cool but you need your own friends." -Anonymous

"Just, for GODS sake, be straightforward with what you want and don't play any games and don't be afraid to initiate conversation or anything because she probs thinks your cute not creepy (unless you're creepy but that's your fault)." -Anonymous

And my personal favorite...
"Don't." - Anonymous

Some of us are sweethearts, and some of us are trouble, but all of us are worth a shot (the troublesome ones might be worth a few shots, if you know what I'm saying).