She refuses to apologize for the way she looks, and she is standing up for what she believes in. 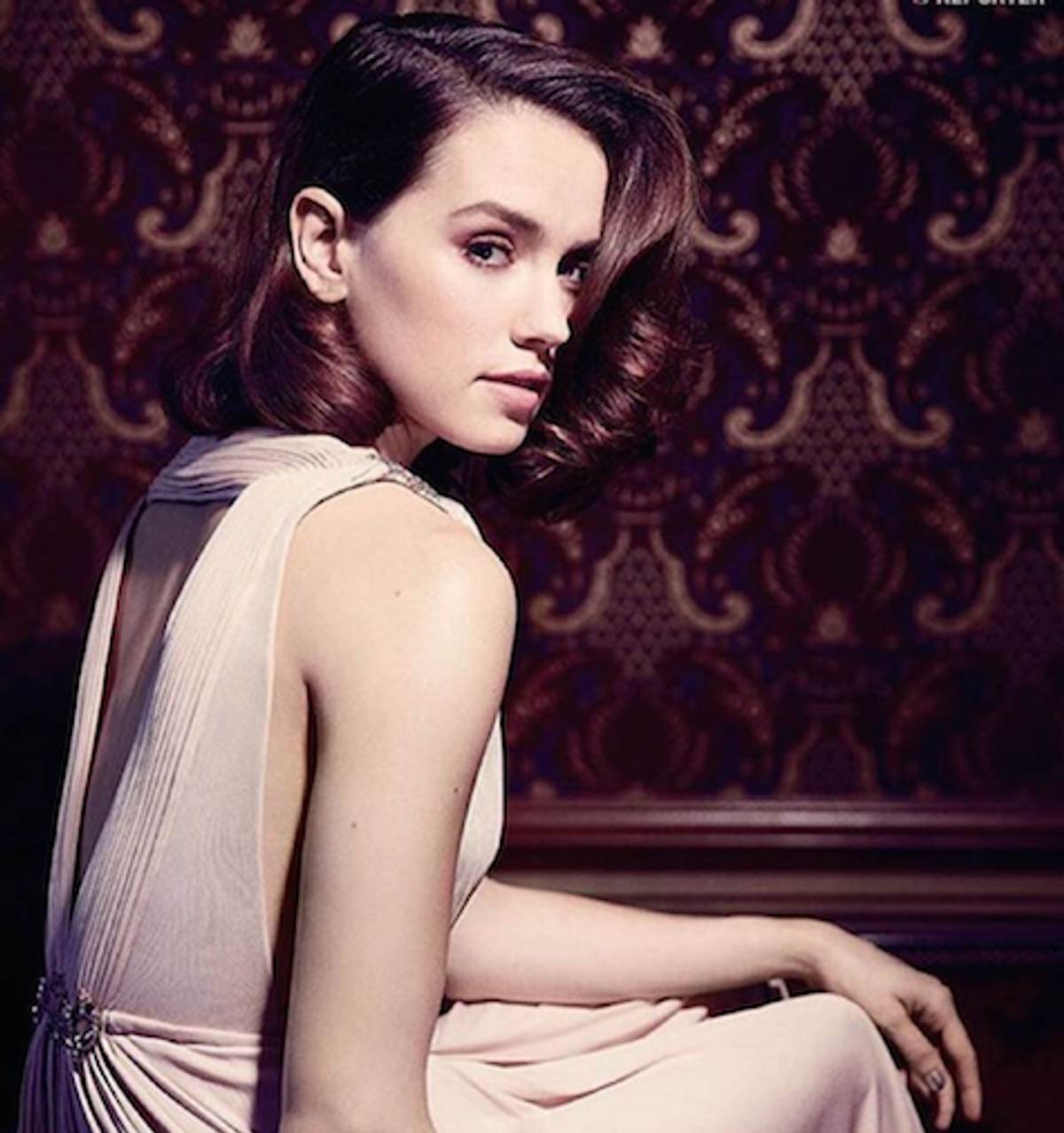 There is no doubt that there is a great amount of pressure being put on both males and females to look, act, or be a certain way. From a young age, we are often given some sort of mold that we are supposed to fit into. We are told by the media, or even people we know, their ideas of who we should be. Women specifically, experience this pressure by being told that they should be a size 0, that they should have a thigh gap, that they should be skinny but also have curves. They’re told they should be “natural”, but once a girl walks out of the door without any makeup on, she receives questions like, “Are you sick?” There are businesses that thrive off of girls having low self-esteem, and as a result, they buy products that will make them “pretty” like the girls seen on advertisements.

Daisy Ridley, the actress who played the main protagonist, Rey, in "Star Wars: The Force Awakens," recently defended herself against negative comments regarding the way she looks on her Instagram page. The user who commented accused Ridley of setting “unrealistic expectations” by appearing too thin as Rey in the most recent "Star Wars" film. In reply, Ridley posted a sarcastic meme of herself on her Instagram which said, "I can't believe the unrealistic expectations I'm setting for young girls. Who cast me anyway? Don't they know real women have curves?" In the post, the 23-year-old actress also wrote, “Real women are all shapes and sizes, all ethnicities, all levels of brave, have families, don't have families. I'm a 'real woman' like every other woman in this world.”

After the person who had originally posted those negative comments was bombarded with hateful messages from Ridley’s fans, Ridley posted again on her Instagram to clarify her intentions and views on the topic of body shaming. She stated that she never intended for the person who posted the original comments to receive hate, but rather her posts were about spreading kindness. Her lengthy caption on her Instagram post defended her appearance and defended the idea of her character, Rey, as a strong female role model.

In Ridley's statement, she also refused to apologize for any aspect of who she is. She stated, “I will not apologize for how I look, what I say and how I live my life cause what's happening inside is much more important anyway and I am striving to be the best version of myself, even if I stumble along the way.” Ridley also called for more support among women and to spread kindness to one another.

I admire the ways in which Daisy Ridley stood up for herself. She not only defended herself but also addressed the need for more support and kindness within today’s society. There is no right or wrong way to look, act, or be. You are you, and that is good enough. Each and everyone is entirely unique, and we need to learn to appreciate and love the uniqueness of the people around us, and in ourselves. There is so much negativity in this world and there is no need to contribute to it by being shaming others about the way we look, which is entirely out of their control. There’s no need to demean anyone for the person they are or for their appearance. We should focus on the bettering of ourselves and encourage the bettering of others.

Self-love is a difficult and long journey which we all must embark on. One of my favorite quotes is, “Life is much too short to spend it at war with yourself.” I’m tired of seeing body shaming happen to anyone; big or small. Self-love is so difficult in today’s society, and it’s simply not okay to shame others for looking the way they look. Like Daisy Ridley said, we need to support and encourage each other on their journey to self-love. We need to lift each other up instead of tearing each other down.