I don't know where I'd be without him. 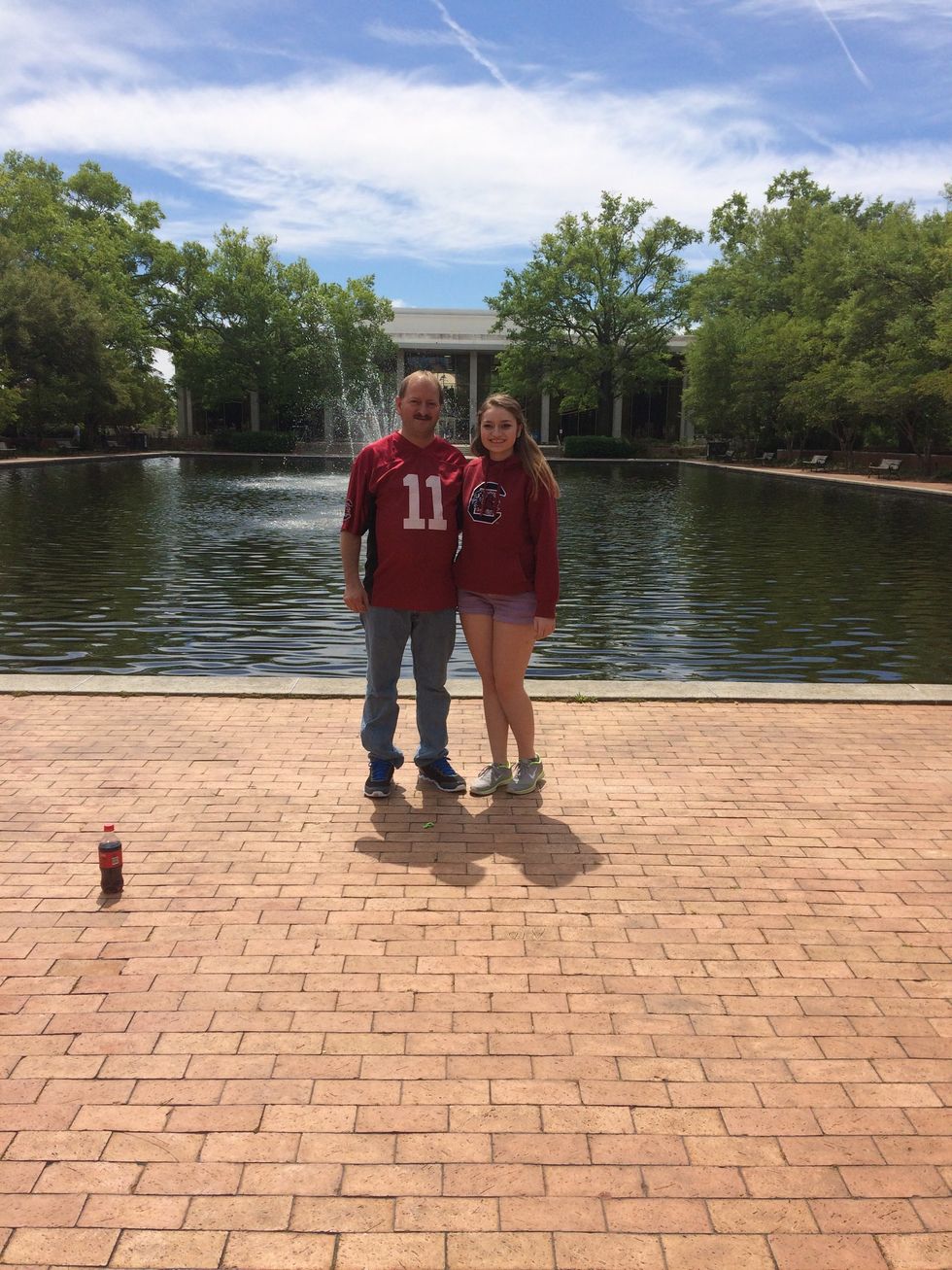 I don't tell my dad near enough how great of an impact he's had on my life. I'm sure he knows I love him, but I wouldn't be who I am or where I am without him being the rock in our family. Someone who never complains, doesn't say no often, always wants to dance or laugh with me, and supports everything I've ever wanted to do. He's a rockstar parent, a kick-ass provider, and a loving husband. Those are things I've never taken for granted. As I've gotten older, I only have more appreciation for who he is.

He does all the big deal dad things he's supposed to but took it above and beyond that every day. His involvement, encouragement, influence, and trust has prepared me for life in unimaginable ways. He worked incredibly hard so that my mom could be with me during the day. I got all the love and attention I needed all the time, then my sister did when she came along later on, and he gave my mom all the love she deserved too.

But it's some of the silliest, smallest things about him that I notice and love the most. I love how he has no rhythm but dances with the utmost confidence. He sings songs he doesn't know a single lyric to. He cares about animals more than people but is unbelievably kind to people too. He checks his hair in the rearview mirror before walking into any place.

I secretly love that, after years and years, he still doesn't know any of my friends' names. He has ancient pictures of me in his wallet that haven't been updated in fifteen years. I love the way he laughs during Adam Sandler movies we've seen hundreds of times. The "Rocky" movies are his favorite, but he has a soft spot for 90's romcoms. I love that he's been making an effort to try using emojis.

In so much of what I do, I see little parts of him. Not just in the way I look, and I do look just like him. But also in the way I talk too fast when I'm excited. Or when I'm passive-aggressive to avoid confrontation. When I listen to a mediocre 80s hair band and get way too into it. When I watch football and get worked up. And when I keep cycling through the same five movies, because he's the only other person I know who does that.

It was from my dad that I learned everyone is a genius when it comes to something. Passion can make a person so intensely intelligent. I'm pretty sure he doesn't always feel like he knows a whole lot, but the things he knows and the things he does do well blow me away. He wasn't that into school, but he's one of the smartest people I know. Intelligence is entirely subjective, and I feel lucky to know that.

He may not have been the best when it came to helping with my algebra homework. But in the grand scheme of things, that doesn't matter. There's so much cool stuff I've learned from my dad. There are things I'm pretty sure no one else would have told me. Things that, in my opinion, are the most important. What the first down means in football. The first two verses of "Ice Ice Baby." To take ibuprofen before drinking so I don't get hungover. And of course, the conventional dad stuff. How to grill the perfect burger, how to shoot a gun, and weird cooking techniques.

His open-mindedness will never not blow my mind. As a 44-year-old white guy from the south, he could have easily raised me with conservative values and forced those ideals on me. I've seen that in so many young girls. Even when I was more impressionable, he took an opportunity to see the world through my eyes and allowed me to change his perspective. Now, as an adult, I feel confident in my opinions.

In general, I have an abundance of confidence in who I am. I attribute a lot of that to how I was raised. I had trust and freedom. That's why I felt like I was able to tell my parents whatever was on my mind, things I did, and if I thought they were wrong about something. Most of the time, they let me make my own decisions and set boundaries for myself. Those little rules followed me into adulthood. And whenever I need guidance, whether it was then or now, I know I can go to one of them for whatever it is. There's never been any judgment and I've never felt stupid. Instead of yelling, they've led with quirky anecdotes and thoughtful insight.

Being daddy's little girl has gotten me where I am and I feel lucky that's it's a part of my identity.

dad
Report this Content
This article has not been reviewed by Odyssey HQ and solely reflects the ideas and opinions of the creator.