If You Find Yourself Drinking More While Quarantined With Your S.O., You’re So NOT Alone

See what our exclusive Odyssey Drinking Survey reveals about couples quarantined together. 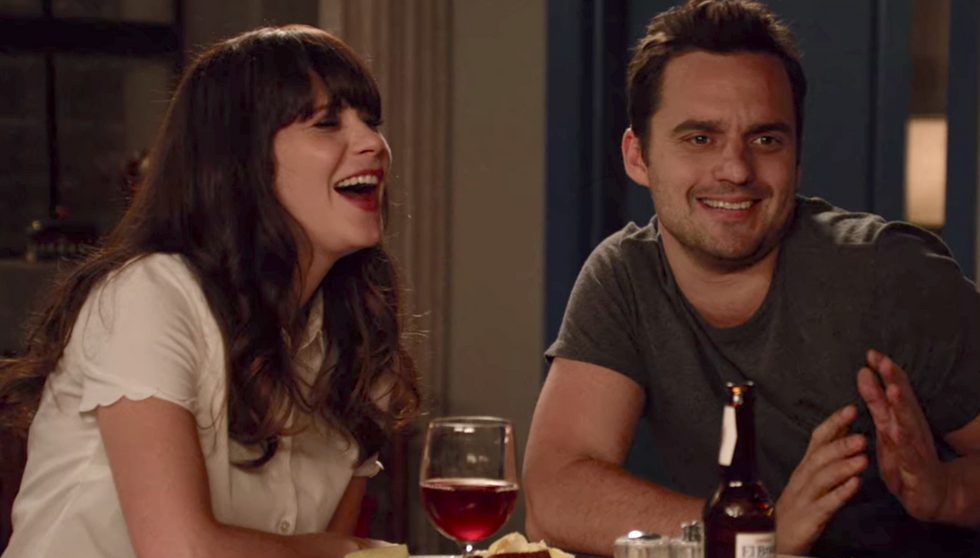 In case you're looking for someone to state the obvious, nothing about our daily lives has been normal since the coronavirus (COVID-19) pandemic began. And while we're being honest, life in quarantine is difficult and everyone is finding new ways to cope. For some, this means alcohol is becoming a bigger part of their day-to-day (because it's five o'clock somewhere, right?).

Co-quarantined couples, in particular, are among one of the groups that have really had to adapt the most to this "new norm" every day.

Even if they lived together pre-corona, they weren't confined to the same space 24/7 for months on end, so the adjustment is a big one. Each partner was able to go to work, class, the gym, the store, or wherever else to find balance. This very vital "me time" that was once taken for granted is a hard thing to live without — or live with less of, at least.

According to our exclusive Odyssey Drinking Survey, respondents ages 21 to 30 who are quarantined with a partner are drinking more frequently (reportedly consuming alcohol at an average of 4.1 days/week) than those quarantined alone, with friends, or with family.

The survey also revealed the following about the drinking habits of co-quarantined couples:

Should you and your partner be drinking more together in quarantine, you're not alone.

After analyzing these survey results, we also reached out to Swoon's Instagram audience to see whether those who are quarantined with their partners agreed. Here's what they had to say:

Would you say your drinking habits have changed since you've quarantined together?

If so, are you drinking more or less?

What other things have changed in your relationship (if anything)?

Whether they're drinking more or less with their partners while quarantined with them, people are noticing a change in their relationships overall — not just with drinking. While some feel communication has become a vital part of "surviving" together, others also share that by being physically together 24/7, they're actually getting less attention.

Yes, even those on Twitter are tweeting about similar experiences:

so today i had to make my boyfriend go get me more alcohol because we ran out because how does one not drink everyday being in quarantine????

New drinking game: take a shot every time your boyfriend says “boys” while gaming in quarantine with you 🥴🍻

On the other side of things...

Odyssey creator Jennifer Kustanovich and her boyfriend of three years have been quarantined together for about two months without drinking at all.

"I've never really wanted to drink or enjoyed it, health and wellness is a huge part of my (and his) life and not drinking makes me feel so much more energized and able to succeed physically and mentally. It's just never been a huge part of my life, but I still know how to have a good time."

While Jenni and her partner have chosen not to drink for the most part, she notes that they don't have a hard "no drinking" rule, it's just their preference. "We both have no judgments on alcohol and if we ever wanted a drink, so be it!" she adds. As far as quarantine goes, their drinking habits didn't change:

"Since neither of us were ever big drinkers, we don't feel like we need it to cope with the situation. Don't get me wrong, we each have our own negative coping skills, too, but alcohol just doesn't play into how we live our lives."

When I asked Jenni whether or not Odyssey's Alcohol Survey results surprised her, she shared:

"Yes and no! When many people are hurting or scared or anxious, they turn to alcohol to cope whether they are alone or with people. I would first think that people who are alone are drinking more because they feel lonely but at the same time, alcohol is a social drug so it makes sense why people with others are more inclined to drink."

Regardless of who you're quarantined with or whether your drinking habits have or haven't changed since the start of the pandemic, remember this: we're all in this together. Drink responsibly, take care of yourself, and we'll all get through this.

Now, try having a game night with bae:

If you are interested in contributing to Swoon, please email taylor.mead@theodysseyonline.com.