Confederate Monuments, Have They Had Their "Time In The Light"

We surely cannot be discussing this, can we? 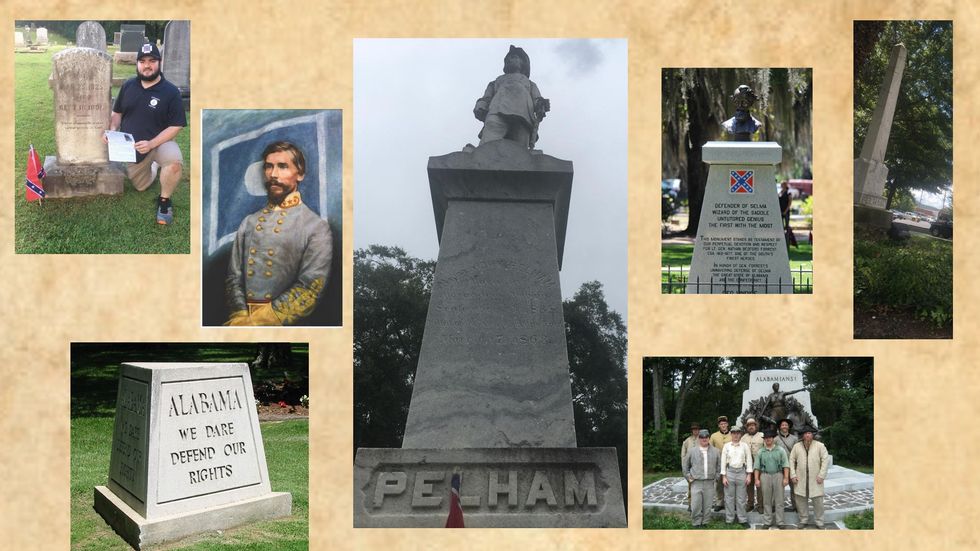 It is unfortunate that I am having to type this. We, however, have ongoing threats to destroy not only Confederate history but American history.

Earlier this month I had a college professor say that "We are approaching 150 years since these monuments were constructed, maybe we should consider moving them from the public eye". This is one of my favorite professors, although I disagree with him on moving or hiding monuments.

The mention or even casual discussion of "moving" monuments makes me cringe. Confederate monuments are one of the MOST IMPORTANT things we have to remember a time in history that killed the greatest percentage of the population ever.

Confederate monuments began to be constructed momentarily after the War Between The States. This time after the war began a period of mourning. Mothers, daughters, and even widows of these Confederate veterans went to great lengths to fundraise and erect such elaborate monuments in cemeteries, the major places involved in the mourning period. These Confederate descendants wanted the deaths of these men to be right, just and portrayed as such in the reconstruction south.

Soon after the mourning period, Groups such as the United Daughters of the Confederacy (UDC), United Confederate Veterans (UCV), and later the United Sons of Confederate Veterans ( USCV, now SCV) began forming. These organizations were civic based and promoted a sense of community in the newly, "reconstructed" south. The UDC, in particular, spent thousands and hundreds of thousands of dollars on the construction of Confederate Monuments throughout the south.

Many cities also purchased their own for use in front of the town courthouse or city park. Companies actually began commercializing the business behind these monuments, a catalog would have 5-10 selections to choose from, then you would select a U.S. or C.S. customization.

Now I must ask, Why are we trying to remove these monuments? Political Correctness has been argued as one of the reasons monuments are being hidden from the public eye. What is the agenda behind moving them though? These monuments have stood close to 140 years in some places with no issue.

I mean, these monuments stood through the Civil Rights battles of the 1950-1960's and not one person considered destroying them nor vandalizing them with the ever so common "red paint".

If these monuments have stood peacefully for so long, why is it now that they've begun to "offend" or "hurt someone's feelings"? Statues, graves, monuments, and even flags are inanimate objects, It is entirely impossible that they can do anything to hurt you, now or ever. Unfortunately, there are some hate groups (KKK) and political parties (dixie-crats) that have used these symbols for their own political advancement, but those were not the original people nor beliefs that the Confederates held.

Modernly, the SCV is doing more than ever involved itself in legal battles to fight the removal of flags, graves, monuments, and historical names from public locations. The SCV, in fact, is the only organization involving itself in the fight to negate the pushback from those attempting to remove monuments and whitewash the history.

I would like to ask you to consider a few things. If we removed these monuments from being seen by the public eye, who or what would it benefit? Would little Johnny be safer because Colonel Reb is no longer his school's mascot? Would the football games be safer is the school no longer played Dixie?

If you consider the removal or relocation of Confederate monuments, you only prove your intolerance to diversity and public speech. The Confederate monuments we see are an almost daily reminder that we cannot let this happen again, our country suffered greatly from the loss of such a large population. The only way we have left to honor and protect the good name of these men are monuments. We cannot let the reasons for their fight to be vilified or revised in any way.

I will forever hold my HERITAGE OF HONOR dearly.

Madison Franz
The Narrative
1116296
Photo by Brooke Cagle on Unsplash

Madison Franz
The Narrative
653737
Photo by Manny Moreno on Unsplash