I’m Never Drinking Coke Again, And If You Support Women's Rights, I Hope You'll Do The Same

It's great to feel a certain way, but show the world the way you feel by un-supporting companies that un-support us. 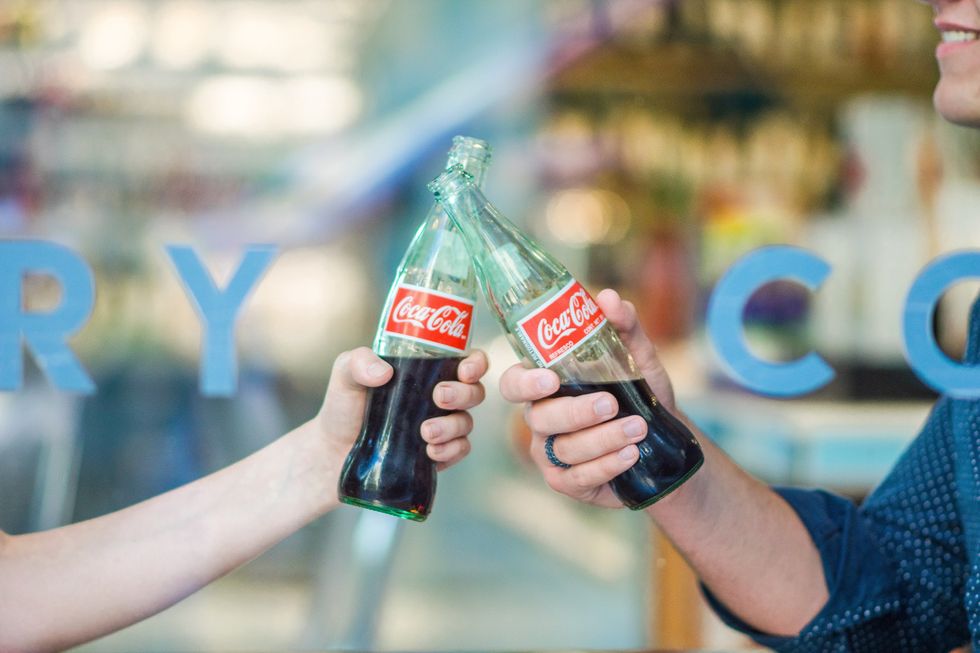 If we're going to be honest, I did not want to write this article at all. I was hoping to wait until next year's election, where I would express my utter disgust in Trump, and plead with whoever may be in my audience to think with their mind, not try to "rebel against our systematic American system" like we made the mistake as a country doing during the last election.

I'm all for change, but not change that restricts me and my body.

What is happening in Alabama is disgusting, what companies like Coca Cola are doing to support the politicians thinking of only themselves is disgusting. Did you know the fine for having an abortion is more severe than raping someone? How the hell does that make any sense? I'm mad, if you couldn't tell. Men cannot keep telling women what to do with their bodies, you cannot tell a rape victim that they must go through their horrors every day for the rest of their lives because you don't understand and are selfish.

Yes, some women may feel like they are turning their tragedy into a beautiful new beginning by having a child that was conceived through rape, but some will not, and that is so understandable. I cannot even begin to imagine the feelings of those poor women who experience such horrible things, but I do know I would want to be supported by my country, not made to feel like it's their way or the highway.

In these scenarios, we must generalize. Abortion is a very gray area because of all of the differing views associated with the issue, but the outcome of the issue has to be made into a black and white generalization. We cannot make exceptions for certain individuals to get an abortion while leaving others out, because that makes things too complex and will only leave us with more issues than when we started this process.

For women who are raped, we must show empathy and compassion, supporting them not only as a tight-knit community, but a nation. The only way to do this is to give them the choice of what they wish to do to relieve themself of their wicked circumstances that none have asked to be part of.

This abortion argument to me is so stupid. It is so obvious that abortions are difficult for any women to go through, and being pro-choice does not mean that you yourself want to get an abortion, it is understanding that you can not control what someone else chooses to do to their body. Men should not be making all of these decisions, and Trump must leave office next term so that we can get some real positive change in our country, not someone who only eats McDonald's because he is afraid of being poisoned.

What Coke is doing to support these politicians who are reducing the voice of women is so utterly wicked and cruel, and I for one do not want to live in a world in the 21st-century that still refuses to give women the voice they have so long deserved. Put women in the position to make these decisions for themselves, empower everyone, not just rich men.

It is true that politicians make the laws and final decisions that govern over our country, but we can help to change the narrative by refusing to purchase goods from companies that support decisions we don't. It's great to feel a certain way, but show the world the way you feel by un-supporting companies that un-support us.

Disclaimer: if you still feel passionate towards the pro-life argument, that is OK, I just feel like we need to read into both sides of the argument to understand within ourselves the complexity of this issue. This article is my opinions and my opinions only, and I recognize that this is such a hard issue to take on, so I do not judge anyone or their viewpoints, because we are all entitled to our own opinions. I only wanted to bring forward my views of the things going on right now.