Maybe, wondering why an abuse victim doesn't "just leave" isn't the right thing to do 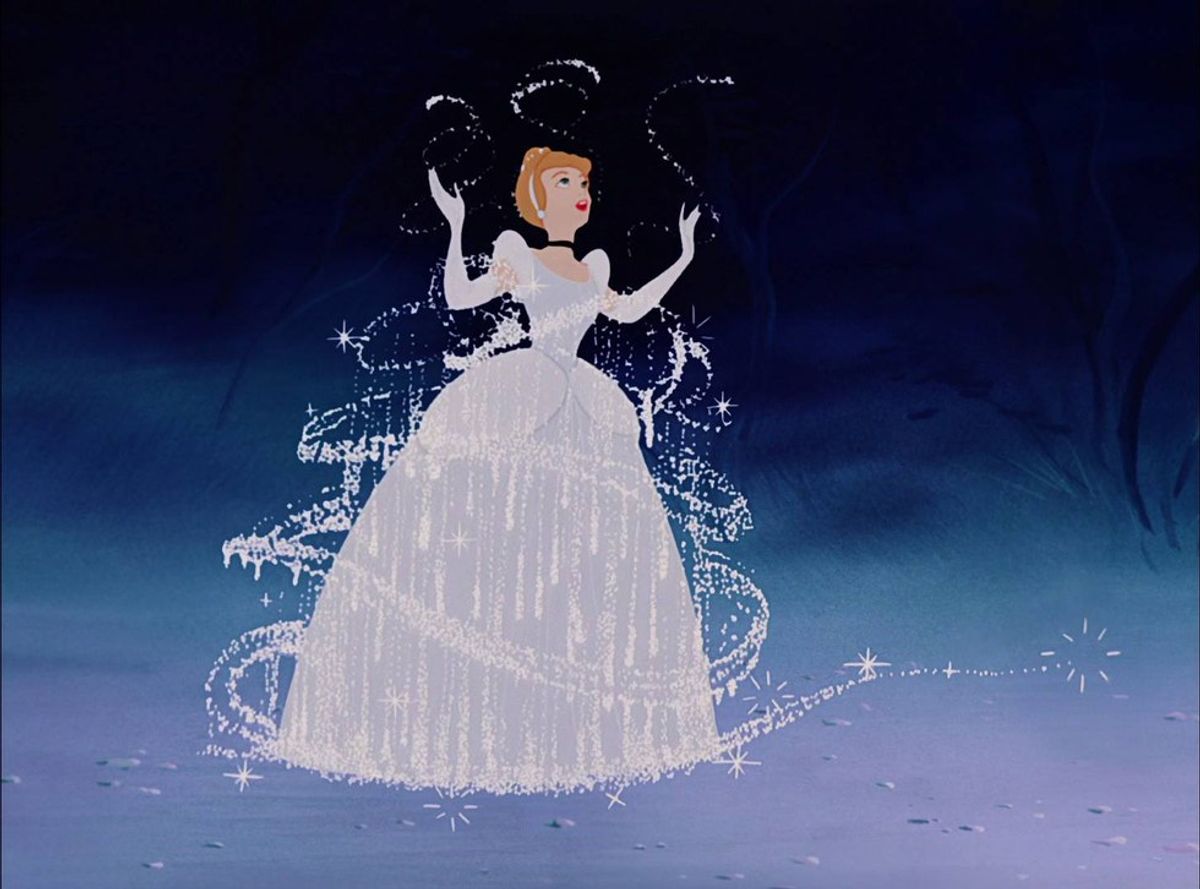 Cinderella is the story of a young woman, an evil stepmother, and a handsome prince. Or it's the story about a gourd and an abusive husband. Or maybe it's about a mother who is eaten by her two eldest daughters before her bones turn into money and clothes for her sweet youngest daughter.

Cinderella is about a lot of things, which is no surprise considering authors have written thousands of versions, from Ye Xian in 9th century China, to the Brothers Grimm in 19th century Germany. While the earliest known incarnation of Cinderella consisted of Rhodopis, a Greek slave who married an Egyptian king, the best known version, Cendrillon, was written by Charles Perrault in 1697. If you think of evil stepmothers, glass slippers, fairy godmothers, and pumpkin carriages whenever you think of Cinderella, you have Charles Perrault to thank. This version is so iconic, in fact, that psychologists have nicknamed the phenomenon of step-parents abusing their step-children after it: the Cinderella Effect.


For a story so popular and iconic, it's inevitable that it would eventually meet with backlash. Cinderella, along with many other popular fairy tales, have been heavily criticized by feminists for sending young girls unhealthy and outdated messages. Seeing as the story was written centuries ago, and the popular Disney movie created decades ago, it's natural that its themes and messages come off as backward to today's audiences. The most common critique derides the narrative for featuring Cinderella as meek and obedient, helplessly waiting for her Prince to come and save her.

"Why can't she save herself?" critics want to know. "Why is she nice to the family that abused her? Why doesn't she just leave?"

These accusations, however, display a fundamental misunderstanding of abuse. It's somewhat shockingly popular to blame victims for their own abuse, with questioning their refusal to leave being one of the most biting remarks. For such an archaic story, Cinderella's life mirrors situations that many real-life children have experienced. And for them, just like Cinderella, leaving was never an option.

Growing up the victim of emotional abuse, as a child who was never loved, it's nearly impossible to envision a life outside the abuse. When a day-to-day routine consists of insults, demeaning chores, and a lack of compassion, it's difficult to believe that one is even worthy of a better life. If you're told you deserve it enough times, eventually, you start to believe it.

And if Cinderella somehow managed to grow up without self-hatred and her sense of worth still intact? Even then, leaving might not be an option. Where would she go? Where would she live? How would she eat? What if her family tried to forcibly bring her back? With so few resources and so many ways for things to go wrong, many, perhaps most, abuse survivors choose to remain with a known devil rather than face the unknown.

When Cinderella attends the ball against her step-mother's wishes, her reversal of fortune is a result of both serendipity and her own inner strength. Her decision to attend the ball, her decision to disobey an order from a woman who'd controlled her entire life, reflects her desire for a better life, her belief that, despite everything her family tells her, she deserves a better life. For many abuse victims, reaching that conclusion is the hardest part of recovery.

While the Prince gives her the opportunity to leave her family, Cinderella needing help to escape her abusers does not make her weak-willed or helpless, the same way that children removed from their homes via child services are not weak-willed or helpless. So while Cinderella is probably a far-cry from a feminist masterpiece, it does teach an invaluable lesson to young children: despite what you've been told, this pain won't last forever, one day help will arrive and, most importantly, you are worthy of love.