Choose To Be Distinguished

Choose To Be Distinguished

I am so full, even gruntled as my new friends would say, because this program changed my life. 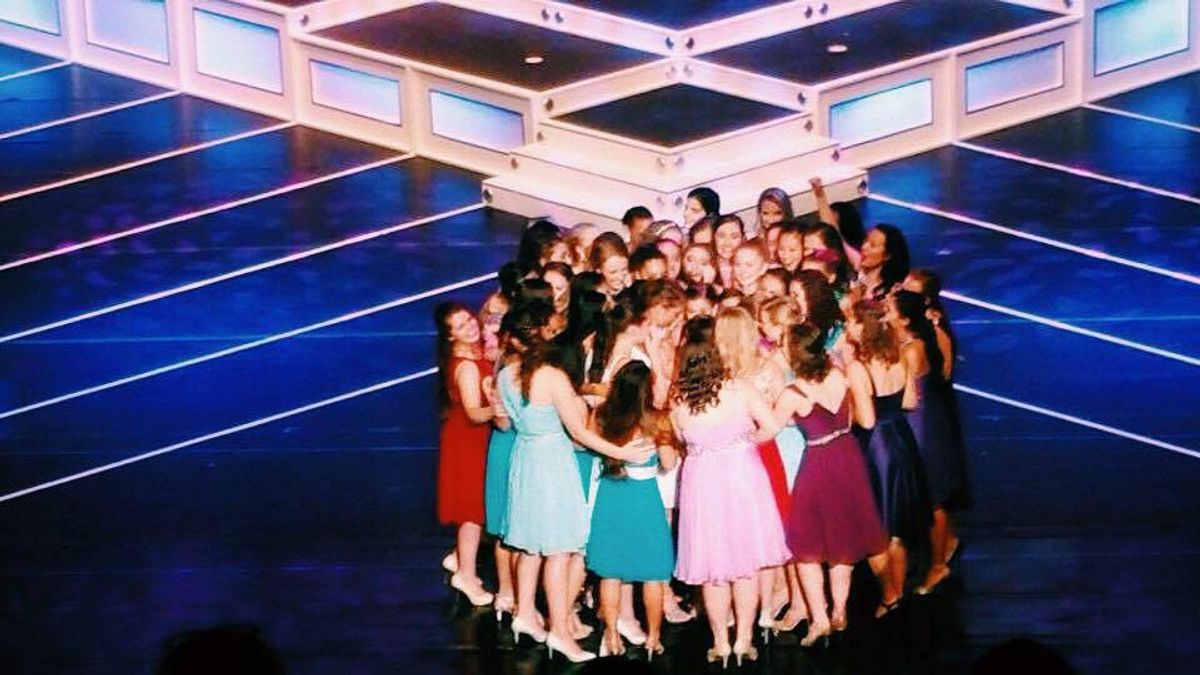 After coming back from a two week-long national scholarship program, one would think I would be drained. From the long days of speeches, dinners, photographs, events, performances and 50 other notable young women, it's not hard to imagine why I would be done, drawn out or empty. After this unique time, however, I am so full, even gruntled as my new friends would say, because this program changed my life.

Becoming your own person is hard, especially in today's world where we are constantly conflicted in choosing between a societal mold and what our hearts tell us who we should be. For girls in particular, society tends to make that mold a thin, long-legged, tanned, beauty -- a type of women that I know so many strive for. The Distinguished Young Women Program, though, teaches us to defy that mold. Recognized as a "pageant" the DYW program is actually way more than a fitness routine and pretty dresses, it's actually a lifestyle.

Now, if you know me, that lifestyle can be meant literally and figuratively. I began my journey with DYW when I was a junior in high school because at my dance company it was almost a right of passage to participate. From that point on, I had no idea how involved, or really how lucky, I would be to take this journey beyond my county level to eventually the state program, and just recently, the national program in Mobile, Alabama. Since the spring of my junior year, this train has not stopped for me, and while I have certainly complained every once in a while, I could not be more gratified to where this organization has taken me.

As mentioned before, DYW is a lifestyle both literally and figuratively. Figuratively, it is a state of mind. Not necessarily in preparation for a program night, but how to prepare for life. At the national level, the other state representatives and I were constantly reminded as to how extraordinary it was that each and every one of us was selected to have this opportunity out of the thousands of young girls that would only dream of it. Thousands of girls, wanting to be where I was -- incredible. Something that I wish was more concentrated at the state and local levels across the country was this same feeling of importance I received at the national level. While not every girl in the DYW program may make it to Mobile, they can still gain the skills, the relationships, the mindset and the heart that I recognized in so many of the women I participated with these last two weeks. We can be taught that titles and scholarships are important, and they can be, but if we are never taught to soak up the opportunities, learn from others and ourselves and recognize how unique our potential is, we will always lose.

Being chosen as a representative at any level of this program is such a small component to the true power DYW possesses. If you allow yourself to be inspired by those around you instead of envy them, you open doors to allow yourself to grow instead of becoming stagnant with questions of why someone else is, but you are not. Participating in this program forces you to recognize the greatness that surrounds you. I met girls who developed their own charities, spoke directly with world leaders, are the top performers of their talent in the nation, got free rides to Ivy League institutions, and are regular active members of not even their community, but their state. Meeting this type of individual can be scary or enriching, but only you can decide that. The ambition that so many girls in our country have is astounding, and while at first it made me question my own abilities, it made me want to take life on. Not necessarily to compete, which was my primary attitude in high school, but to be the best version of myself.

Figuring out the best version of myself has made me feel like I've won. As cheesiest as it sounds, it's so true. To see and feel a change within myself as well as so many I've come across this program has been a reward so large, I don't think anyone could put a price tag on it. To finally feel sure of myself, to feel special and to feel like I've made an impact by simply being me is such a gift. This feeling in conjunction to the drive and ambition I've come across recently has only fueled me to desire more, and dream larger. As so eloquently said by our current national representative Tara Moore, "If your dreams don't scare you, they aren't big enough."