How the iconic Girl Scout cookies are subject to the ever changing world of the 21th century and a more open-minded America. 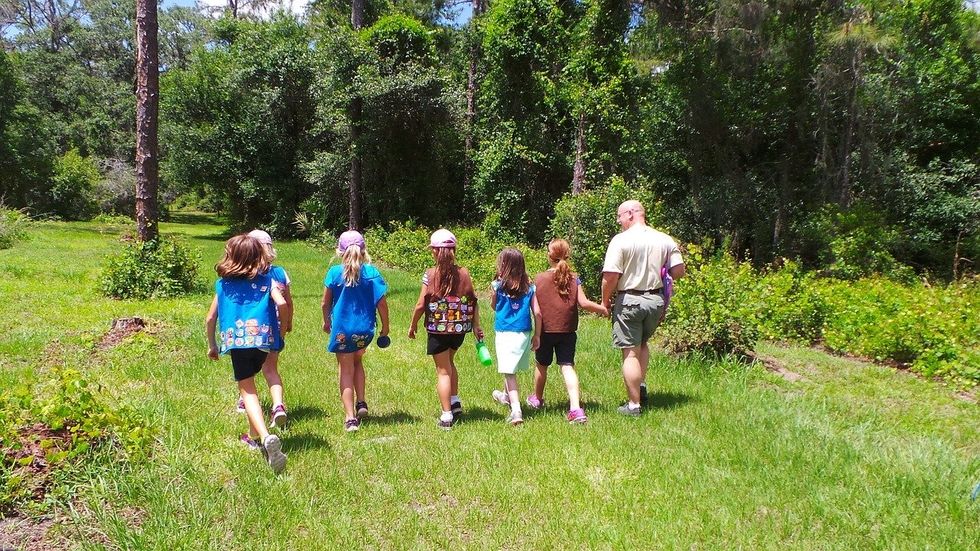 What is something that screams "all-American" to you? A few things probably come to mind like the Super Bowl, the Fourth of July, and politics. But what about Girl Scout cookies? Since 1912, young girls have organized troops and have been lead by the fiercest middle-aged moms in the Northern Hemisphere. Troopers have been selling their iconic cookies all over the U.S.A. for over one hundred years. When I was a little girl of only four feet and three inches, my mom placed me into Brownie Troop #300, where I began my elementary school days as a Girl Scout. I remember putting on my green vest before each meeting and being overtly proud of its decorated sash. The motivation to earn more badges was a driving factor in my childhood and by the end of third grade, I had finally collected each one of them. There were so many, but the ones that stuck with me the most were outdoor cooking, hiking, camping, citizenship, reading books, and helping the community. I also remember the days of standing outside grocery stores and fast-food restaurants in the freezing rain, cold, and snow to sell those delicious cookies. And it had been worth every minute to see the smiling faces of everyday people coming to purchase the cookies that my troop and I had worked so hard to bring to them.

Every year, many people purchase these delicious cookies that have become such a staple in their lives and it has become a well-known tradition of the American community. Honestly, it is not something I had given much thought about until the start of my second semester in college. I feel like sometimes, especially as a first-year college student living on campus, I get lost in the bubble that is my university and forget about the outside world. So, when my ensemble conductor sent an email that his daughter was going to be selling Girl Scout cookies before class, it was like remembering a lost part of my past, and you better believe I rushed over to grab myself a box or two of Thin Mints.

Now, as you reminiscence about the mouth-watering and nostalgic taste of your favorite Girl Scout cookie, let me tell you about Scouts BSA. The Boy Scouts were originally an independent organization that was only for young boys to join. However, in 1976 many girls wanted to join Boy Scouts, arguing that it was "cooler" that Girl Scouts, but they were not allowed to because of their gender. Due to the number of protests, another organization was formed called Venturing, which allowed girls and boys of ages 11-17 to join, but even then, it was still not Boy Scouts. However, in 2007, girls were officially allowed to join.

On February 1, 2019, the Boy Scouts of America officially renamed their flagship program, Boy Scouts, to Scouts BSA to reflect their change of policy to allow girls to join in separate, gender-specific troops.

Moving forward as a bigger and more open-minded community than ever before, America has become an accepting place and has developed a very strong, vocal internet culture, which is why I will share my opinion with you today. I am all for including girls into the Boy Scouts organization, but why still have a separate, inclusive Scouts BSA and an isolating Girl Scouts? Why not create an all-inclusive Scouts of America? Even though Boy Scouts was changed to include the gender of male or female, there is still a separation for Girl Scouts. And, if we are blocking these kids into the gender roles of male and female, girl and boy, we are not fully including the vast spectrum of genders that people identify as.

But even with that said, if the organizations were combined and only the Scouts of America remained, what would become of Girl Scout cookies? The name alone is so familiar and so easily recognized within American culture and can be found in every state and territory of the U.S.A. The traditions of selling Girl Scout cookies is traced back so many years and has been such a staple for so long, that calling it by another name would disrupt the iconic virality of Girl Scout cookies.

In the end, it is up to the rest of America to decide what to do about this situation, and if we took this long to consider and officially create inclusiveness within the troops, who knows if things will change in the near future or if it will just remain as it is: Girls Scouts and Scouts BSA.