'Love Island' Is The Trashiest, Most Morally Corrupt Trainwreck On TV And I Can't Stop Watching

A televised prostitution session just so happens to be Britain's number one summer show. 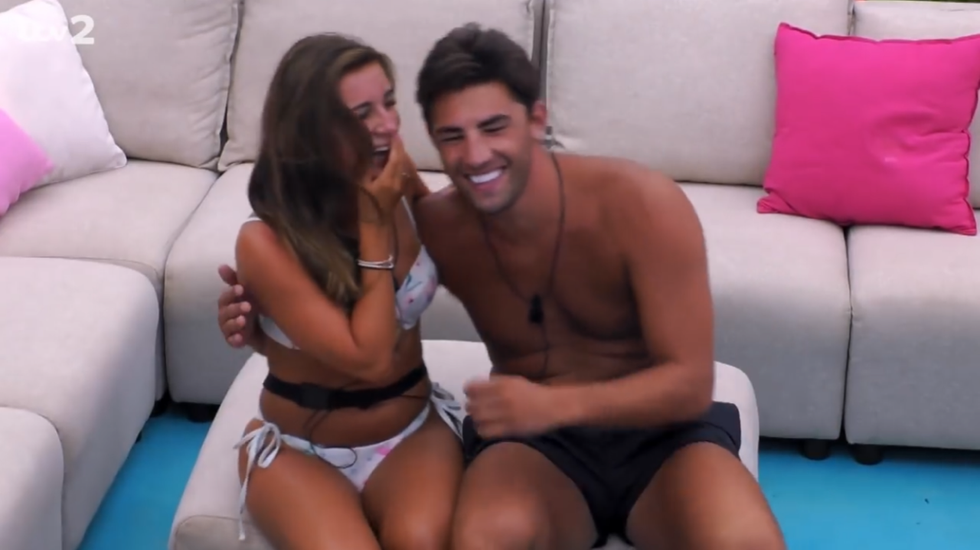 I disagree with the entire premise of the show "Love Island." I was given the Hulu password from my boyfriend after our first date. I really wanted to have a joint Netflix account so that I could continue binging some of my favorite shows like "The Office" or "Queer Eye" or the exceedingly underrated program, "Everything Sucks" which follows a young closeted lesbian from the '80s who is coping with the death of her mother as well as life in high school with her cringy father as the principal. All in all, Netflix had the kind of shows that I really wanted, but I was willing to give Hulu a try.

I watch a Youtuber who constantly talks about the British reality television show, "Love Island." The premise is just as crude and simple as it sounds. If you don't get with someone by the end of the day or week period, you are kicked off the island. The show is chalked full of the men making insanely crude comments about the girl's bodies and who they "would smash" as well as abandoning the girls they've already coupled up with when they find girls that they find more "fit."

The amount of anxiety that I get just from watching the show is unbelievable. If there was a military boot camp for psychological torture I can guarantee that Love Island would be the first place people would be sent to undergo such torment. New girls are brought in for the boys to choose from and the girls who are often feeling safe and secure in their relationships with the men are tossed to the side. To make matters worse, whether you want to or not, you sleep in the same bed as the person you are coupled up with.

In season one, there was a sweet and sensitive soul named Zoe. She fell for who she thought was an equally sweet and tender soul named Jordan. They kissed and you could see that she was smitten as well as felt like she could trust him. She informed the Islanders that she had followed a man all the way to Australia only to realize he had a girlfriend and she was left all alone in Australia, friendless, heartbroken, and completely shattered. It seemed that she could finally find some trust in Jordan. Jordan let everyone know as well that he intended on staying true to Zoe even though two big boobed women with large asses had come to the villa. Two men had previously come into the Villa, they were Italian twins affectionately given the nicknames Italian stallions, but all the women decided to stay true to the men they had already chosen.

Not a single girl left her man, they decided to stay true and loyal.

However, no such luck was rewarded to the women when two other girls with large asses came in. The men chased after those well-endowed breasts and large bottoms with all they had. It just stung to watch how shamelessly loyal the women were to their men only to be spat directly in the face of for the entire country to witness.

The entire show has such a strong undertone of sexism as well as revealing the dark emotional torment that reality television often exploits. Another particularly sensitive girl in season one was Lauren. The boys were always moaning on about sexual attraction and physical attraction. If the boys were given a dollar for every time the phrase "psychical attraction" was uttered they wouldn't have to worry about winning the $65,000 prize money because they'd already have it. They only picked girls they found "fit" which is a slang term British men use to describe women they'd like to bang. Lauren quite honestly could not care less.

Girls would be beating their faces to the absolute gods just to sit by the pool whereas Lauren was much more concerned with swimming and having a good time. She was often seen swimming in the gorgeous aqua blue pool, getting a tan, drinking Champagne, or lounging around the villa. She couldn't be bothered to spend copious amounts of time fixing up for boys who were just going to drop her the next time a hotter girl arrived at the villa. Because of this time and time again the boys informed the cameras that they were just "not attracted" to Lauren. In other words, she didn't compare to the large silicon breasts, layers of foundation, and lip fillers that they expected women in the house to have.

In no way am I knocking any women who have these things, I believe that it should always be a women's right to choose, however, in situations like the one that Love Island forces women into they aren't given the choice.

Lauren and girls like here are given absolutely no choice in an environment like that. If they don't cake on the foundation, get their tits out, and conform to the impossible standard of beauty that the men demand, then they could be going home. Not only is their self-worth and confidence completely destroyed this kind of toxic behavior and ludicrous expectations is actually come after her finances as well. Sixty-five thousand dollars is an astronomical amount of money and finances like that are enough to keep someone stable for years upon years. The fact that the boys would rip a chance like that away from her just because they don't find her pretty enough is beyond disgusting to me.

Another particularly gruesome moment in the show was when a 20-year-old fuckboy informed a single mother on the show that is ridiculous that she would make a man wait three months before being intimate with her. The women obviously don't take well to that and questions why a large group of people is discussing her sex life without her knowledge or consent. She then informs him that she is five years his senior and that she has a lot more life experience than him which he responds with, "I don't it." A 20-year-old douche really sat and looked a single mother in the eye and told her he has it harder.

To that, I ask what do you really have so hard, love? Your mom sometimes doesn't wake you up in time for breakfast and you have to cook it on your own?

I am baffled time and time again by the corruption of the show and the lack of morals people seem to possess. Bringing a girl to tears and ripping her heart out of her is done without a blink of an eye. It's referred to as "just playing the game." I think we want to nurture each other as humans. We cry because we feel things because even if we try to deny it we have emotions within us. It makes us human. However all regard for feelings, emotions, heartbreak, and anything of the sort are thrown completely out the window. Human beings are treated as a pawn in an elaborate and sick game.

With all this being said, I am halfway through season one. I don't know why I keep watching the corruption and sometimes I feel as though I am throwing fuel into this disgusting, forever burning fire. But I do find it to be kind of like a train wreck. It's difficult to look away when a train is wrecking right in front of you. I have convinced myself I am continuing to watch it so I can continue to write about it because choosing to actively watch something that makes me so angry will forever give me content for my writing. I guess I will never be without content for as long as Love Island stays on air which will most likely be an unfortunately long amount of time.

The lack of morals, fidelity, and open misogyny absolutely reek in this show, but it is one that I repeatedly discuss with my friends as well as write about. Love Island, I hate you. I mean that from the very bottom of my heart. You are the gross, corrupt, negativity that we really don't need in the world. But I'm still watching.

Related Articles Around the Web
television streaming
Report this Content
This article has not been reviewed by Odyssey HQ and solely reflects the ideas and opinions of the creator.