Buying A Toy Or Buying A Stereotype?
Odyssey

Buying A Toy Or Buying A Stereotype?

The gender binary is forcing decisions you didn't even know you were making. 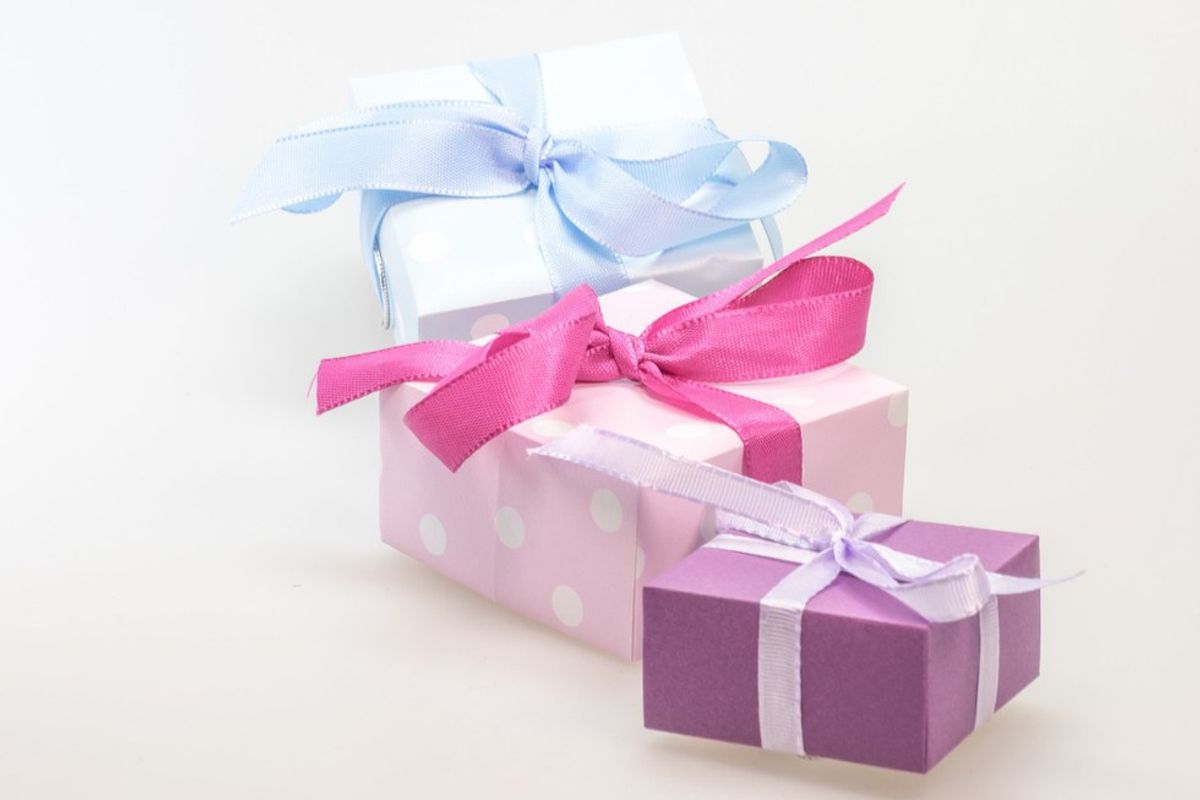 For one my classes this year I was assigned to research different products that are marketed for children. While we aren't always on the lookout for subliminal messages in what we purchase, the message conveyed about gender to children was very clear.

When shopping for items such as toys or clothing, one might not realize how gendered these items are. Parents may deny the fact or fail to recognize that they are projecting a specified gender on their children; as well, children might not be informed of the choice they’re making when picking out toys or their lack of choice in regards to gifts. In order to be aware of the differences in marketing clothing and toys for boys and girls, I decided to examine these departments in both Target and Walmart.

Target and Walmart are very similar stores, aimed to be one stop shops. From groceries to clothing, these stores should have what you need. When exploring the toys and clothing departments aimed for children, it is easy to see a differentiation among genders. As far as toys go, playhouses and imaginative play items are often a significant part of childhood. There were pink and purple princess cottages marketed for girls and either themed playhouses, such as pirate-themed, or basic playhouses that incorporated the colors brown, blue and green for boys. In addition to this, wands are advertised for girls while lightsabers, swords and guns are advertised for boys. The gendering of these items reinforce the roles and expectations that girls enjoy the color pink and being frail and polite princesses, while boys only go for neutral colors and toys that promote violence and aggression. In addition to accessories, these stores also sold dress up outfits that adhered to gender roles and stereotypes. For example, girls could choose from being either a princess or an animal such as a cat, whereas boys could be superheroes, kings or have a pretend career as a cop. This suggests that men hold the dominant and powerful positions in society and keep women subordinated and dreaming.

A pink and purple grocery cart, vacuum, ironing board and cash register were also offered for girls without an alternative for boys. This advocates for the stereotype that women are in charge of cleaning and taking care of the home while men have careers to help provide financially. The cash register could also speak to the fact that when women do obtain jobs, it has traditionally been in secondary positions (usually to men) or part-time. When careers and toys are advertised to both genders, such as doctor’s kits, these items are still gendered in providing a pink one for girls and a red one for boys. Sure, men and women might hold the same job title, but are they truly equal? The wage gap and the colors of these pretend doctor’s kits for children would suggest not. All of the toys marketed for children worked to teach boys that they are to be the dominant gender and hold positions of power, to pick neutral color schemes and to be violent and play rough. On the other hand, the toys tell girls that they are to be extremely feminine by only being allowed to like pink and purple and to stay in subordinated positions in society such as a cashier or homemaker.

While toys are clearly gendered and play a significant role in teaching gender to youth, they are not the only items doing so. Target and Walmart also had clothing that was differentiated by gender. Girls swimsuits were bikini styles, no matter how young it was being advertised for, and were often frilly. Boys swimsuits were typically swim trunks that provide more coverage and stuck to the neutral and masculine color schemes yet again of black, grey, blue and green. As far as tops, girls outfits incorporate more bright and cheerful colors and almost always include some type of ruffle or tutu style for young girls. Boys would never be caught in such frilly and feminine outfits, so their outfits include more professional (even though they’re young) button downs and masculine graphics such as cars and superheroes. I will say that some girls clothing also included superheroes, but it is still gendered to keep girls in their place. For example, there was a shirt at Target that was advertised as “Batgirl” instead of the famous superhero, Batman, the symbol was blue and pink rather than the traditional black and yellow. The clothing continues to reinforce the stereotypes and differences among genders by showing boys, no matter the age, as more serious and masculine than girls, and girls as more dainty and feminine.

Before specifically looking for differences among products marketed for children, I had not realized that there were so many variations based on gender across the board. As explained, there are different toys, dress up styles and even everyday clothing for boys and girls. Even when there was advertised “unisex” clothing, some pink and some blue was included to still distinguish a girl from a boy. Our society simply cannot handle the concept of androgyny based on the fact that it is human nature to want to categorize all information we come across. Therefore, these products have become altered to fit the gender binary along with the attitudes of society that work to reinforce gender norms. Even though parents and children may not realize just how far these products are taking the concept of gender, they undoubtedly teach the lessons formulated by society’s expectations of what boys and girls are supposed to do.

So what can be done? While these companies probably won't be making huge strides of change anytime soon, parents can ask their children what they would prefer to buy in order to express themselves. And whether children choose the traditional or non-traditional route, they should be supported. It is almost 2017, meaning times are ever changing and we can't always cling to what we think is the norm. Challenge yourselves to be more accepting and to observe life through multiple lenses. And maybe this can begin to chip away at outdated stereotypes and make our world a happier place.