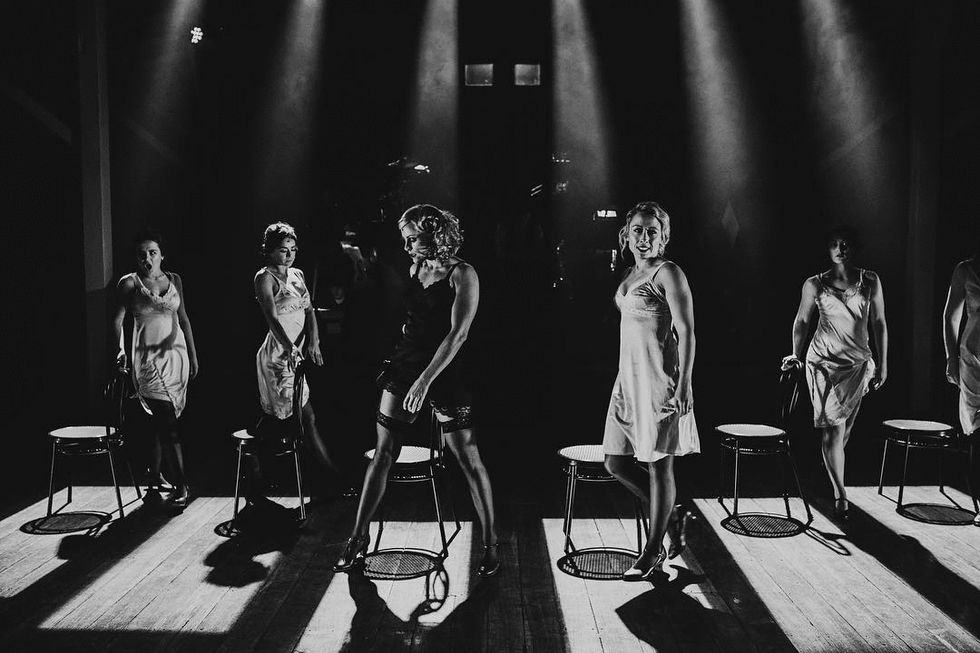 Broadway has given us some of the best female villains in entertainment over the years, whether they're background nuisances, their own anti-heroes, or evil through and through. Here are thirteen of the best musical numbers sung by female villains--did your favorite make the list?

Come, you knew this one was a shoe-in. Yes, these women are arguably more anti-heroes than straight-up villains, but let's not get too technical. We can all enjoy a good song about murdering your significant other.

2. "The Worst Pies in London," from Sweeney Todd: The Demon Barber of Fleet Street

Sung by the ever-magnificent Angela Lansbury as Mrs. Lovett, "The Worst Pies in London" laments the lack of meat for her pies. And, well, we all know where that ends up.

3. "Killer Instinct," from Bring It On

In this song, fifteen-year-old Eva starts out seeming humble and sweet, in a prayer. However, she quickly switches tracks to tell us that cutthroat ambition is the most important quality in life: "Like, if some girl's in your way, there's only one thing to do. You blackmail your mother who sits on the school board to get Campbell transferred and ripped from the life that she knew. And your dreams come true!" Evil was never so cute.

The Wizard of Oz was fine and all, but you know what was missing? A show-stopping number from the Wicked Witch of the West, one of the most famous female villains in any musical. The Wiz more than delivers.

5. "The Ballad of Sara Berry," from 35mm: A Musical Exhibition

This self-contained number is like a musical piece of mystery/horror/thriller/action flash fiction. It's like Heathers, Bring It On, Mean Girls, and Chicago all wrapped in five minutes. Not to mention that it's brought to life by a powerful, multi-dimensional performance from Tony winner Lindsay Mendez.

"Poor Unfortunate Souls," is one of those songs that you'll find on every "Top Ten Disney Songs List." But it's mention here is hardly obligatory--rarely does a remake outdo the original, but if you've only heard the version from the movie, you need to give Sherie Rene Scott's gloriously acerbic rendition a listen.

In this catchy, bratty number, the racist Velma Von Tussle mocks Tracy for her size and rejects both her and a black girl, Little Inez, from an audition. Her qualifications for passing harsh judgement on every girl in the room? She won one pageant in high school.

Here, the Witch forcibly tells Edward how he will die. However, this inspires him to live a "big life," so is it really all that bad?

9. "I Will Prevail," from Wonderland

In Wonderland, the Mad Hatter is imagined as a woman, who is (spoilers!) the dark alter-ego of Alice herself. "I Will Prevail" is the perfect number for this version of the character, only a shade away from being a straight-up Evanescence anthem. I mean, "I am the ending of your tragic fairytale"? It's the perfect niche for every Broadway emo.

Okay, so Heathers didn't technically make it to Broadway, but we can't talk about female villain songs without bringing up the most ruthless, clique-y high school villain number out there.

Sure, the First Player is a terrible person, but she can give some pretty good advice. I mean, "Wouldn't you rather be a left-handed flea/A crab on a slab at the bottom of the sea/Than a man who never learns how to be free"?

Remember when you saw Mean Girls (the movie) for the first time, and probably audibly gasped when Regina put her own name in the Burn Book? That moment gets its own glorious song in the Broadway version of Mean Girls. Taylor Louderman is an absolute queen, bringing depth, humanity, and so, so many layers of scheming "mean girl" to Regina.

13. "Last Midnight," from Into the Woods

"Last Midnight" shows the Witch as the most morally deep character of Into the Woods, with the kind of lyrics only Sondheim could write: "You're so nice. You're not good, you're not bad. You're just nice. I'm not good, I'm not bad. I'm just right." If there was ever a complex female villain on Broadway, the Witch is her.