Hey, We Have To Talk About How Great Netflix's 'Big Mouth' Is

Hey, We Have To Talk About How Great Netflix's 'Big Mouth' Is

"Big Mouth" is a true icon. 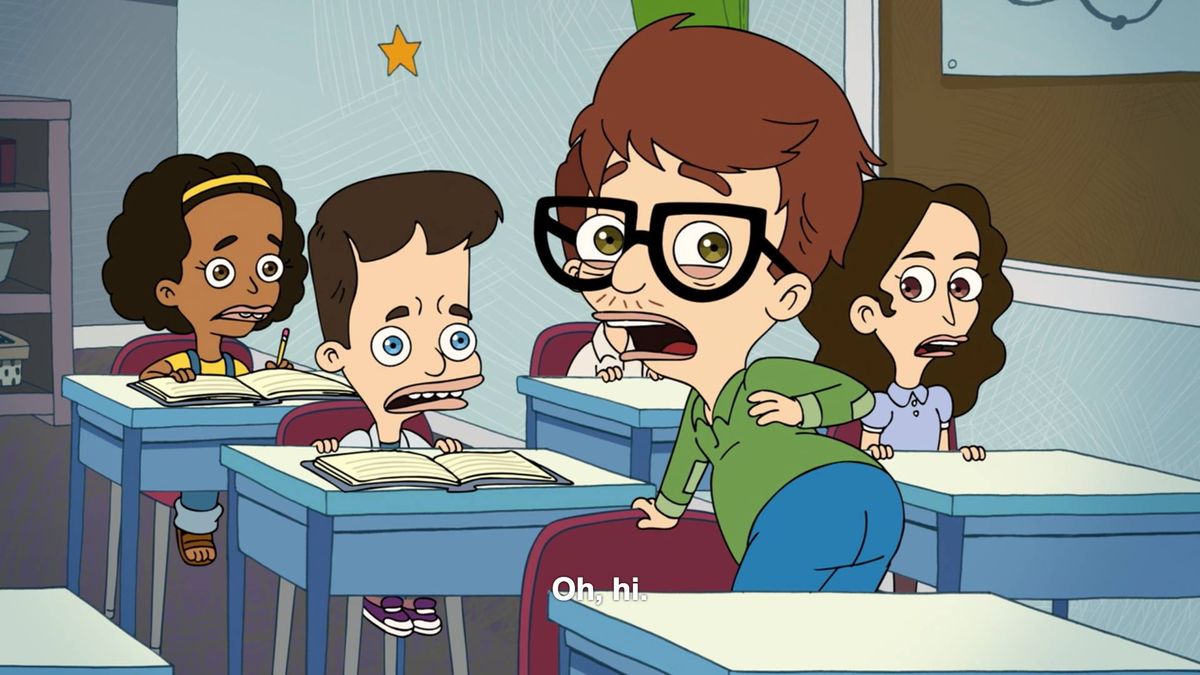 I hit puberty at age 11, and believe me, it was awful. My first period scared the hell out of me, and my body seemed to change faster than my friends, making me feel crazy fat. My mom prepared me for the ailments of puberty, and I had all the books with the little drawings of girls putting in tampons, yet somehow, I was still surprised.

For boys, puberty always seemed so easy; one day you grow facial hair and your voice starts to get deeper. And although I know it's far more complicated than that, I still always wished they knew how crazy puberty was for us girls, or at least how it even worked. I'm pretty sure boys in 2009 had no way to really learn about the terrible parts of girl's bodies. But luckily, 2017 brought us a great outlet.

In September 2017, Netflix graced us with the absolute gem that is "Big Mouth," a show about a group of friends navigating their way through middle school and the horrors of puberty. The show has everything; animation, interesting plot, dirty jokes, dirtier jokes, John Mulaney, Nick Kroll, and even a storyline about a girl going through puberty.

I was absolutely thrilled that the writers decided to include a girl in a narrative usually left to discuss boys and their boners. Not only does one of the main female characters, Jessi, experience her first period in the second episode, but we actually get to see her struggle with it like many of us did. We follow her throughout the first season as she begs her mother for a sexy red bra and even talks to her vagina, voiced by the lovely Kristen Wiig.

It's thrilling to have a series that actually shows puberty as it is for young girls, because believe me when I say it's just as scary and hilarious as it is for boys. I wish I had this show when I was 11 to help me put a positive spin on all the changes that were happening.

"Big Mouth" also does a great job with addressing many different important topics. The first season shows the build up of an adorable relationship between two main characters and allows the audience to relive the awkward middle school relationships we all endured. In the third episode, one of the main characters, Andrew, questions his sexuality.

The writers provide a hilarious insight into the mind of a curious teen which allows this topic to be expressed easily. For young people questioning their own sexuality, having this episode to help them relax and know that they're not alone is amazing.

One of my favorite episodes deals with sexual assault, specifically the age-old douche move known as the "head push," where a guy pushes the head of another person towards his crotch to... you know. I love this episode because the writers provide a clear narrative about how these actions, no matter how slight, are extremely wrong, which is a helpful lesson for young people who may be watching.

It amazes me that the creators were able to cram so much into the first few episodes of the series and that they were able to dive into these topics with such grace and hilarity. I'm beyond excited for season two and, if you haven't seen it yet, what on earth are you waiting for?