I'm Bi And Dating Straight For The First Time Ever

I'm Bi And Dating Straight For The First Time Ever

And sometimes it feels weird. In a good way, though. 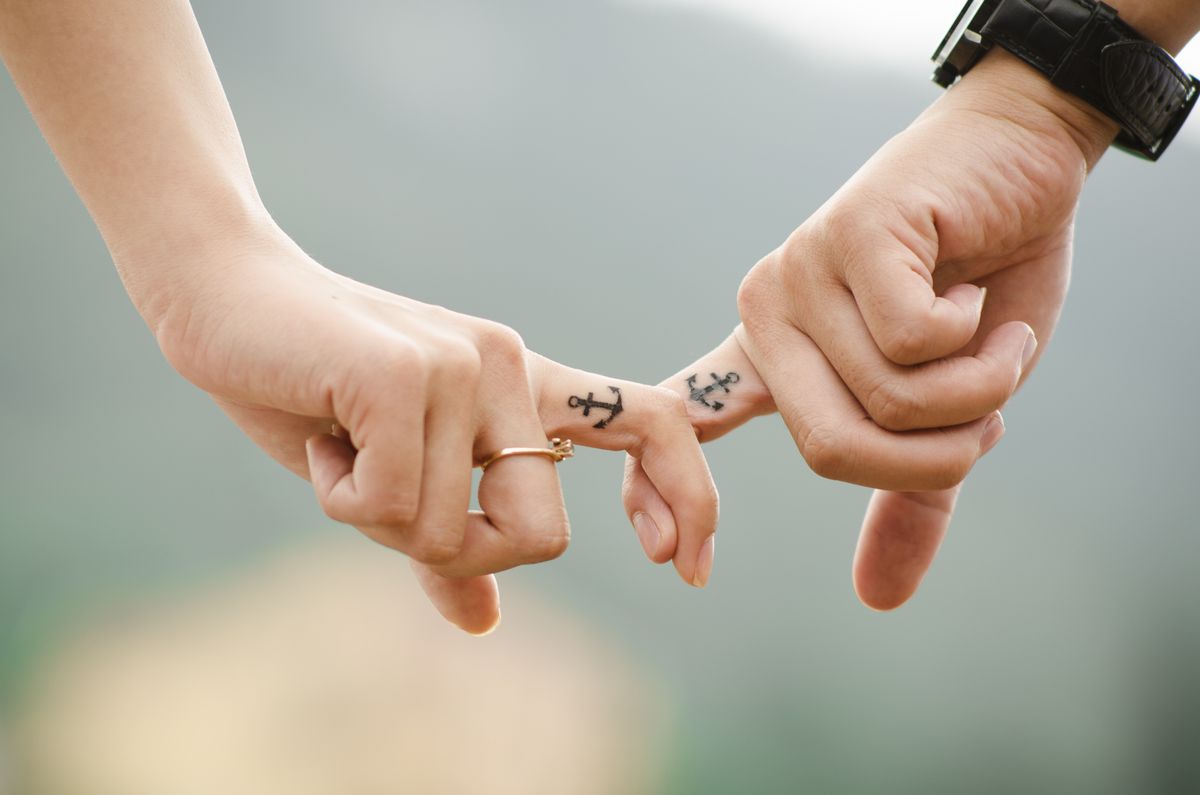 There’s a time in almost every bisexual’s life when the implications of actually being bi slam against them.

It’s usually the moment when you have to make two profiles on a dating app because it only lets you pick one gender. Or, typically if you’re a woman, all the worst threesome-seeking couples within the tristate area glom onto you like a starved barnacle on a 15th-century Spanish galleon.

For me, it was a Lyft ride. I was on my way home from a Tinder date.

The driver was friendly enough. She was middle-aged and built of soft, sweeping curves. Her car smelled like peppermint and a hand-sewn and very pink Christmas sweater clung to her shoulders. If she wasn’t a grandmother yet, she was already well-prepared for it.

Naturally, we chatted. She asked me what I had been up to. “Just got back from a date.”

I fired back the basics: she was a biochemistry major at Oregon State University, we had a lot in common, had a great time.

There were things I didn’t share: we’d hit it off so well that we’d missed out on plans to see the new Blade Runner and I’d ended up staying the night. That my date had soft, brown eyes with an understating gravity, strong enough that you barely realized she was wearing glasses. But the basic point was relayed.

It hit me as we pulled up to my place. Not once, in describing the idea that I had had a date, did I have to disguise the pronoun of my date to hide her gender.

Later, when I had a second date with Eve, and when we eventually decided to make things official and date for good, the culture shock echoed further: I was in my first-ever straight relationship.

My first relationship started in the 8th grade. I was out as bisexual to a handful of friends and relatives. She was an out-and-proud lesbian. We would stay together for three years, eventually ending up long distance after my family packed up and moved across the country.

Like the best of lesbians, she’d introduced me to the finer points of vegetarian cuisine and we’d write shitty fiction together, my fiction considerably shittier than hers. We’d even stayed friends, for a time, after an amicable breakup.

The entire relationship was spent in various closets. We held hands in the dark. I didn’t even tell my parents until we’d been together for at least two years. We’d ignore the sneers we’d get in public. I handily hid my gender issues.

Not long after I turned eighteen, I stopped hiding the gender issues and began working towards manhood. I’d like to think I did okay for a former girl scout. Along with that? I started dating (and hooking up with) other men.

Like my ex-girlfriend, my ex-boyfriend and I got used to keeping a couple inches away from each other while walking in public, especially in the shadier parts of town. I got used to calling him my “partner” just so I wouldn’t have to out myself as gay/bi to classmates or colleagues.

When I came to realize I would be a guy dating a girl, some small part of me finds I’m still amazed at the novelty of it. Another part of me feels a little guilty. And I feel that weird guilt, especially as I “pass” more and more as a male. I blend in, when I was used to sticking out. Sometimes it’s comforting. Other times I feel like a traitor selling out the gay agenda.

But that’s the thing about being bi. We date who we date. We love who we love. And hoping one of these days, it’ll only be love that matters.