Yes, there are so many things wrong with the world right now, and there are so many more things that are more "interesting" than our environment. But without a healthy, functional planet, we wouldn't even exist, let alone have the seemingly endless amount of societal and political problems we face now. 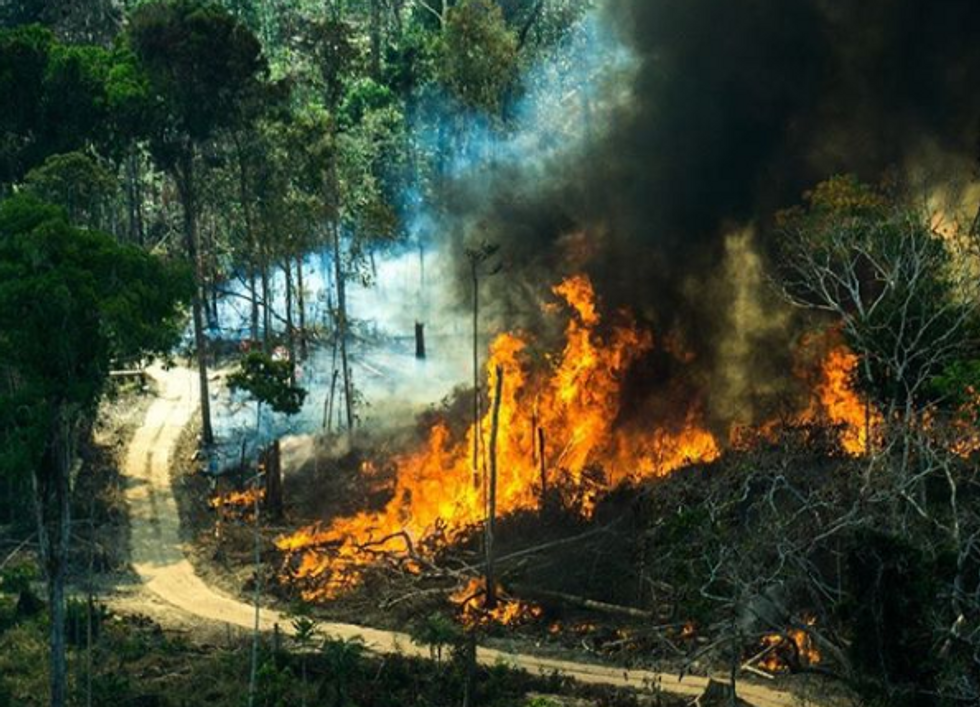 The burning of the Amazon rainforest, although relatively unheard of in the beginning, has more recently been splashed across Instagram and Twitter.

But why has such a major issue, one that could affect generations and generations to come, not received more media coverage? Why has social media been so slow in garnering attention for this huge natural disaster?

The answer is simple: we, as humans, tend to ignore and neglect any so-called "environmental news." We find these issues not as interesting or controversial as, say, what President Trump said at a conference last weekend or what happened two months ago at the protest against Georgia's strict abortion laws.

Granted, these political and societal issues are important in their own right. After all, there will always be such problems in our world, and there will always be obstacles we as a society need to overcome. Only by tackling these problems together can we progress and improve as a whole and reach closer to, if not world peace, then world neutrality.

Yet to me, the effects of such issues are minuscule in their effects on the future of the world as compared to our current environmental problem. Without a properly functioning planet to live on, the human species as we know it will be destroyed. We wouldn't have anywhere to live, food to eat or clean water to drink. Based on the simple concept of survival, political and societal issues seem like nothing.

However, our constant focus on more "interesting" topics plays a huge role in our neglect of the environment. By essentially turning a blind eye to the problems of our planet, we effectively relay the message that "if we don't think about it, it never happened." Unfortunately, this way of thinking doesn't work in any aspect of our lives and works even less so in issues regarding the destruction of our environment. Just because we scroll past an Instagram post presenting information about the shrinkage of glaciers in the north or avert our eyes from an online news article detailing the extensive damage of the Amazonian fires doesn't mean they never happened.

By educating yourself and others, by spreading the word, by refusing to turn a blind eye to "non-interesting news about the environment," you are already on the way to becoming an ally of our planet. Humans are the main cause of the destruction of our environment, but it may not be too late — by performing the right course of actions, we can, if not reverse, then at least prevent further damage to our beautiful home.

news
Report this Content
This article has not been reviewed by Odyssey HQ and solely reflects the ideas and opinions of the creator.