Baseball: The Eighth Wonder of the World

Baseball: The Eighth Wonder of the World

There's no denying that baseball is the most intricate, strategic, and straight up beautiful sport in the world. 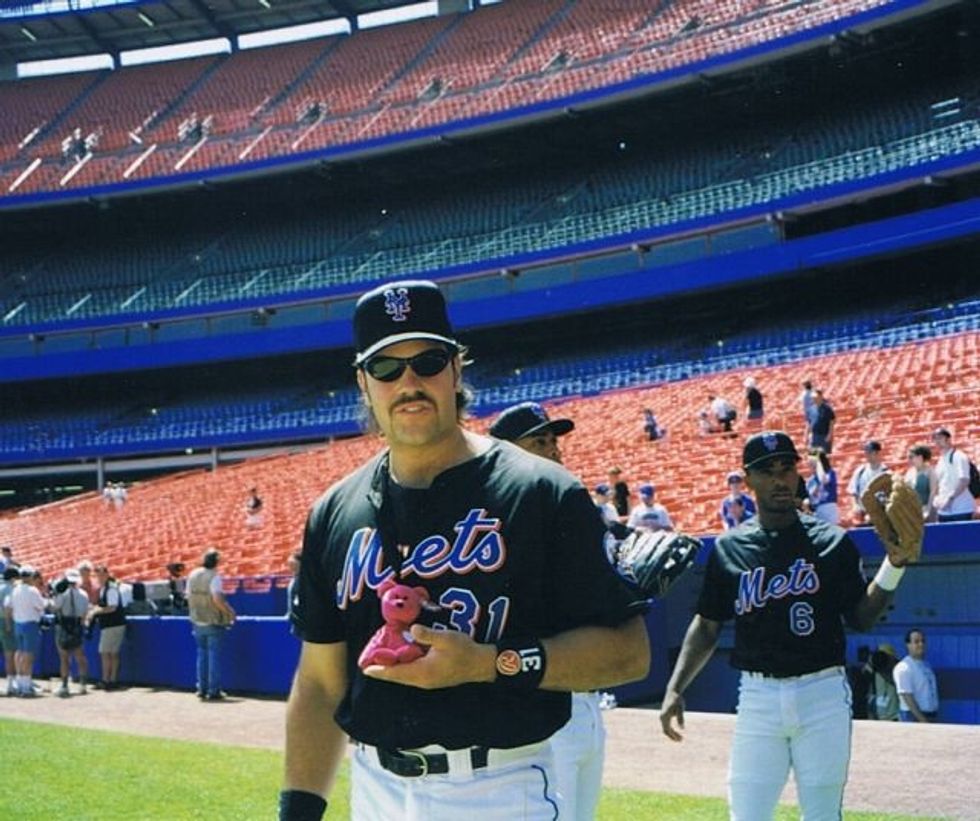 You won't find the world's eighth wonder anywhere except for the baseball diamond. You can find it at Coors Field in Denver, Fenway Park in Boston, Dodger Stadium in LA, and especially at Citi Field in Queens. Baseball truly is the world's most beautiful sport; the eighth wonder, I'd go so far as to say. The New York Yankees are the world's best team, with 27 all-time championships. As much as I hate to admit it, it's true. The Yankees are baseball's best team ever. It's unfortunate, but we have to address that fact as we examine baseball's beauty and draw. Their logo is synonymous with New York; I'll agree with the fact that the Mets cap just doesn't do it justice like the Yankee one does. What's interesting to note is how a baseball cap can represent an entire city, not just one of its teams. The Yankee cap represents success to the highest of degrees, not just your average success. It represents not only beating, but destroying all competition. New York itself is the financial, artistic, and just plain capital of the world. The Yankees destroy all other MLB teams with their dominant success, just like the city which they represent destroys all competition when it comes to being a successful big city. I don't see the Rangers representing this, or the Devils, the Giants or Jets, and especially not the Knicks.

Baseball isn't always so grandiose, though. Baseball is humble; it doesn't scream at you with sliding tackles like in soccer, it doesn't give you the 90 yard touchdown passes like football does. It gives you the beautiful, almost symphonic delivery of the pitcher, who must take into account many factors when choosing a pitch to throw at the awaiting batter; the count, what pitches he's already thrown, what pitches he's better at than others, how big (or small) this particular umpire's strike zone is...these are a few of many factors. Once the pitch is delivered, it is the batter's turn to think. Is it a fastball, breaking ball, or off speed pitch? Should I swing or wait? How big (or small) is the strike zone according to this umpire? What pitches has the pitcher already thrown? Some of these questions, as you may have been able to tell, are similar or the same for pitcher and batter.

Fielders are next. Where to stand, where the play is to, and so on. Shifts, too. Is the batter right handed or left handed? If so, where do we apply the appropriate shift? For outfielders, questions like, "Who is my cutoff man?" are prevalent. While some of these questions may seem basic, their answers are important to knowing the fundamentals of the game.

Baseball comes down to the wire. It can't end in a tie, like in soccer, so there is always a winner, even if it sometimes takes eighteen dry innings to determine one. Baseball is exciting; remember in '86 when the Mets went on to win the World Series, all because a ground ball went through Bill Buckner's legs? That one play in Game 6 with the Mets facing elimination sparked a Game 7 win, and the Mets' second ever World Series title. It's the little things like that in baseball that make all the difference.

Lastly, being a part of the game as a fan. Going to Met games as a kid is something I've treasured, and they're some of my best childhood memories. Standing on the field of Shea Stadium with the 2004 Mets, playing catch and doing drills with them is one of my fondest memories. Going to a game this past summer with the Lads brought out the kid in me again. Cheering with fellow fans while driving on the Whitestone Bridge, hearing a woman tell us from her car that putting on the Yankee pinstripes "gives you baaaaad rashes!" are priceless memories. Baseball is everything, and everything makes baseball; it's so much more than what happens on the diamond. It's the fans in the stands, the stadium food, Citi Field (or an equivalent ballpark of your favorite team), watching Pistol Pete break Judge's home run record, and seeing DeGrom win two straight CY Young awards. What a time to be alive, what a time to be a Met fan, and what a time for baseball.

Opening Day is only four months away. To me, a bigger day than Super Bowl Sunday, the Stanley Cup Finals, and any soccer league you can think of. I'll be celebrating not only the Mets, but baseball's existence. Without it, we would lack a sport so intricate, one of poise and professionalism with a gritty sidepiece. Baseball is beautiful, folks. Baseball is beautiful.