20 Subtle Traits of Bad Boys Which We Can't Live Without

They make life a lot more exciting and adventurous, but they also have the ability to completely ruin it in a single blink of an eye 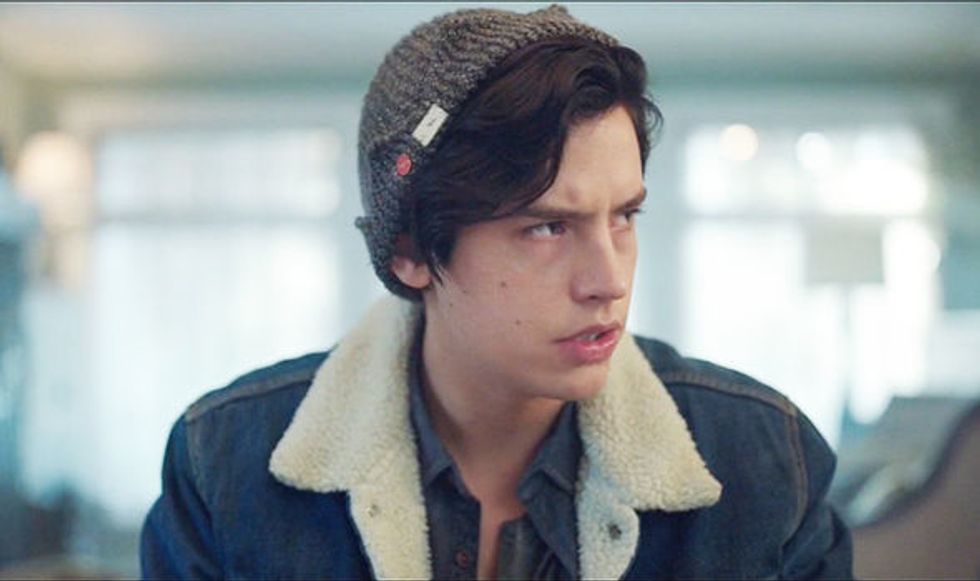 What I find ironic about these boys is that we definitely can't live with them, but somehow we find ourselves not wanting to live without them. They make life a lot more exciting and adventurous, but they also have the ability to completely ruin your life with a single blink of an eye.

Bad boys are some of the most arrogant, narcissist and heartless creatures to walk this planet, but they're also known for having this perfect mix of good looks, confidence, and intelligence which girls find hella attractive.

So if you're someone like me who isn't looking to settle down any time soon or seeking committed relationships just yet, it's safe to say that we're impotently addicted to subtle traits of a true "bad boy" which we can't help but fall madly for.

Here's a complication of 20 of them:

Hot damn, I can spot a bad boy in a crowd of people just by this specific gaze. Bad boys have this "I'm sexy and I know it" mantra, which this gaze reflects pretty accurately.

I mean, I'm not necessarily saying that he's Harvard Law material but he has a great deal of intelligence, which might explain why he's so good at playing mind games with you.

Doesn't matter who's in the car with him, he's running that yellow light and making that sharp right hand swerve.

Ever gone bar hopping? Drag racing? Cliff jumping? Yeah, if you're an adrenaline junkie like me then look for a bad boy, because they're the only ones willing to go with you.

6. His “drinks are on me” attitude

He guzzles alcohol like there's no tomorrow, man. Trying to keep up with him is a challenge of itself, especially if you're a notorious one shot wonder like me.

7. He never tries to express his emotions

Bad boys will never let their emotions get the best of them, never. He would rather get tased, publicly humiliated and then run over by a pickup truck than to admit how much he cares about you.

Behind that emotionless persona, however, there's probably a hidden momma's boy who dials up his mom on the reg and wears a floral apron whenever he helps in the kitchen.

Maybe it's to mask all that smell of cigarette smoke or the scent of other girls he had around before you came over, but he smells like an Armani showroom.

11. His intentions are to smash and dash

One night stands, casual sex, friends with benefits, you name it. "Bad boys" will avoid committed relationships like the plague, which is great because you can't imagine what it would be like bringing a shithead like him to Thanksgiving dinner

He calls you his "baby girl"—but don't fall for it, he probably has hundreds of other “baby girls" hitting him up.

You're probably baby girl #134 for all he knows.

14. His aggressive expression of passion

He's not like the good boys who caresses your face or gently strokes your hair, he will literally have you in a semi head lock when you're lying next to him and he doesn't want you to leave his side.

Excuse me, I think I need to go sit down for a minute.

16. He has a budding rapping career, or at least attempted one

17. Or if he's not the musical/creative type, he's probably in finance

"Wolf of Wall Street," my ass.

18. Despite having no plans in his love life, he is ambitious AF

Internships, scholarships, whatever it is, he has a career path planned out, he's ambitious and knows what he's going to do with his life.

Honestly, you're not gonna find a lot of bad boys in Wyoming or Montana. But head to any major U.S. city and POOF, bad boy central.

20. He's just someone you think you shouldn't be around

This one pretty much sums it up. Whenever you're with him, you feel as if either:

2. He's about to get you in trouble

3. You can't control yourself around him.

Indeed, it is time to be bad.