17 Awkward Things To Never EVER Say Before, During Or After Sex

17 Awkward Things To Never EVER Say Before, During Or After Sex 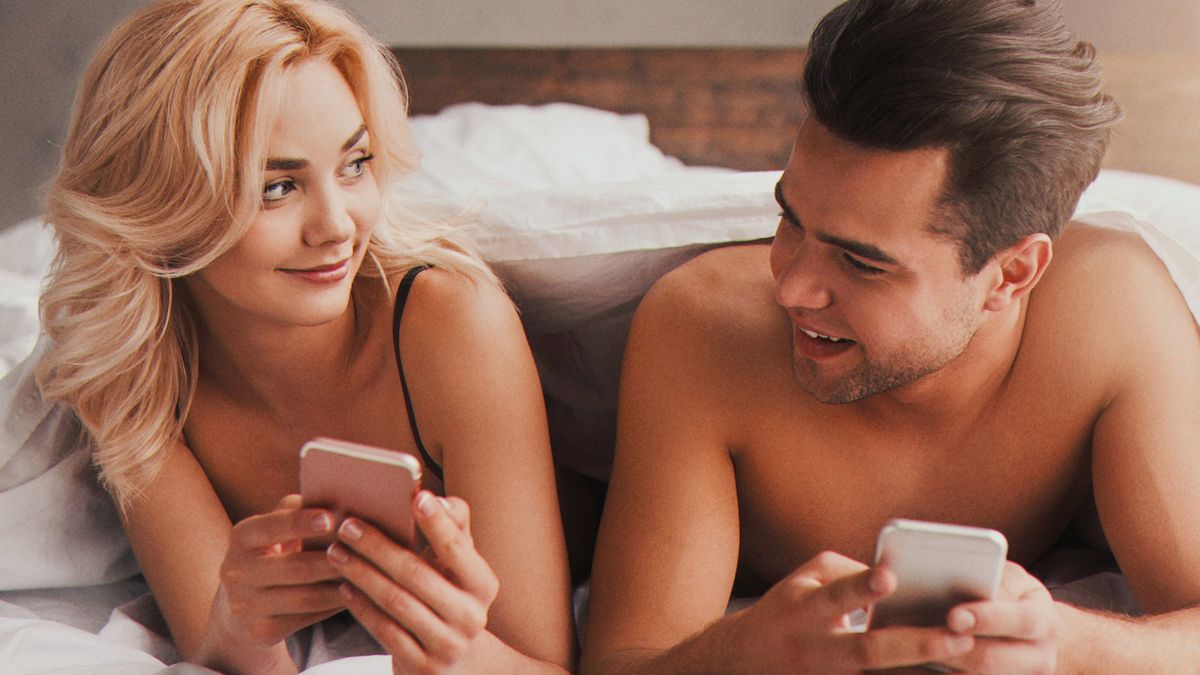 Whether you’re in a relationship or just hooking up, sex will always be a very delicate balance of the cinematic pleasure and down to earth logistics, awkward moments, and trying to find a rhythm. Whatever works for both people is all that actually matters. Getting each other turned on is usually an intriguing element to sex.

However, as many combinations of words or actions that will turn a person on, there are many more that will kill the mood immediately. Here are some of the ones I’ve heard in no particular order:

What could one possibly say to this? “Thanks. Good to know. I’ll try to get better.” Hell no. Having an open conversation about what things work best or what things can be improved is important for any sexual encounter. Bluntly rating the person’s performance like it was an Olympic event and you’re somehow the expert will not fly.

Bringing up an ex, before, during, or right after having intercourse means that you weren’t invested in the person you were just with. Having sex with someone means focusing on them solely; in those moments no one else exists.

Talking about a relationship or the future during sex will turn off most people. Trying to ask in the middle of sex means you probably aren’t comfortable enough to talk to your partner in other situations. This is a definite indication of a lack of proper communication and should be addressed separately. It also could seem like using sex as leverage, which is never healthy.

4. “You’re going to leave after this right?”

Yes, because I was only here so that you could have sex with me and then leave. Walking home alone or trying to get an Uber late at night is never a safe situation. This means you were looking out for your own immediate gratification and didn’t care about

Because I love being another stop on your itinerary for the night.

If you actually have an insecurity about this, please be open and honest with me and talk it through. If you’re just telling me right before we’re about to commence, I honestly do not know how to react.

If you had a reason for not having sex in that amount of time that you feel is important enough for me to know, then again, by all means, open up to me and explain. If you’re just telling me as a euphemism for “this will be a short ride and most likely not long enough for this to be enjoyable for you” then I’d rather it just happen in its own time.

Virginity is as important to you as you want it to be. You could care a lot or not at all about it and that’s completely up to you and I’m chill with either. However, telling me as you’re inside of me, I’m not sure what you’re trying to accomplish. Telling me that you’re inexperienced because you want suggestions on what would make things better? Sure. Telling me just to tell me or to again make it obvious that this will not be enjoyable for both parties, then please don’t.

9. “My doctor thinks I’m cleared of the rash/STI/ other transmittable disease but just letting you know”

Health issues that could possibly affect your partner are EXTREMELY important. Pleasure for a couple of moments that could put someone else at risk is selfish and inexcusable.

If you’re silent, that’s up to you and you shouldn’t have fake histrionics. However, silence of all kinds will not let me know if I’m doing things the best for you or if you’re just having a terrible time.

THIS IS AN ABSOLUTE DEAL BREAKER. Do not start texting other people while we’re having sex. Giving head to someone else while he or she is on their phone is absolutely insulting. Unless there’s an emergency, the phone should not be out.

12. “You are blocking the football game"

If we’re having sex, you should be focused on me, not outside stimuli. Basic respect.

Yes, generally longer sessions would be better, but saying anything along those lines is just humiliating for the other person.

14. “OMG think of how cute our kids will be” or “We should totally have kids”

This is not the place to have this conversation. Kids are more than something you should decide on a whim. Also, especially if it is a hookup, this will make things awkward.

This is quite self-explanatory. Even if you say, “Oh it’s okay, Max is just my dog’s name.”

Comparing people, even if it’s positive most likely means you’re still hung up on someone else. If you’re having sex with me, in those moments, I should be the only person that you’re thinking of, or at the very least, verbalizing to me.

Probably one of the worst insults. You’re already in a relationship so you’ve gotten this far, but none of that matters. You’re only focused on your own gratification and you don’t care about me, even on a basic, decency level.

These are some of the weirdest/ most awkward phrases/ turn offs I’ve heard of. Some of them are just common sense. Others depend on the situation and the couple at hand. Awkwardness and weirdness will almost always happen at some point so it doesn’t have to entirely kill the night. Either way, the important part is, if you’re hooking up, please just be decent and mature. And if you’re in a relationship you should care about both people’s pleasure. Neither party should feel like they’re just passing time for the other person.