An Armed Society Is Just As Important As Ever

An Armed Society Is Just As Important As Ever

A firearm is nothing short of an equalizer. 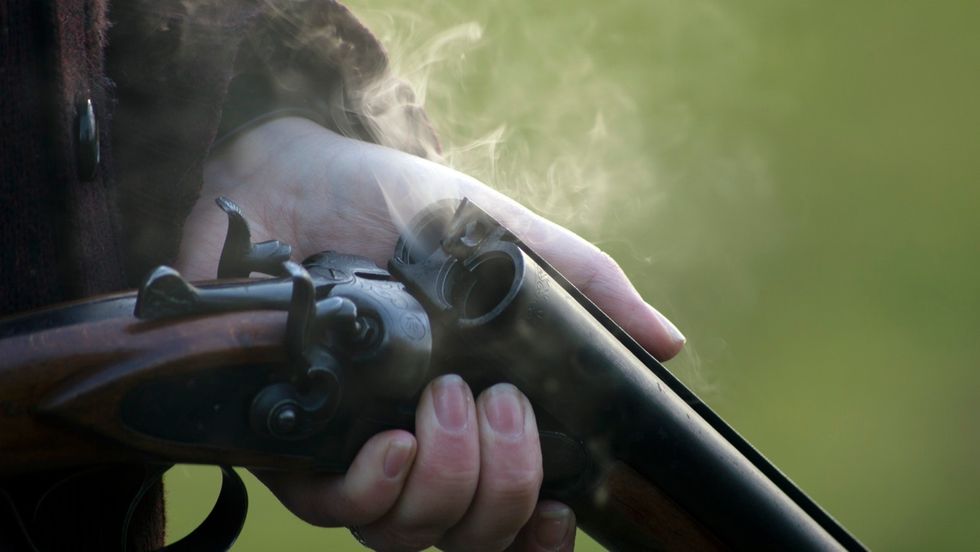 Surely, the state has the right to decide who can own a gun and who cannot. Isn't it only reasonable that the majority can decide what is safest for them? Is it not logical for there to be an intrinsic power in government to monitor and regulate the possession of devices designed to kill?

The government certainly believed this to be true when local police in Alabama denied Martin Luther King Jr. a concealed carry permit in a time when lethal self-defense would have been the only effective immediate response to Ku Klux Klan terrorism.

In 2019, Latin American governments, largely corrupted by the militarized cartels, which leave unarmed citizens living in a constant state of fear, certainly believe they too have a right to regulate firearm ownership.

Countless despots throughout history have acted upon the notion that the government deserves the power to regulate the possession of weapons. Just as many times have there been blinded citizens willing to comply in pursuit of the illusion safety. To quote Benjamin Franklin; "Those who would give up essential Liberty, to purchase a little temporary Safety, deserve neither Liberty nor Safety".

The underlying truth is that a government which is not only capable but extremely likely of abusing the life and liberty of it's citizens cannot be trusted to control the possession of guns. I'll never understand how leftists across America who describe their government as corrupt, evil, systematically racist, or even mass murdering when describing foreign policy simultaneously convince themselves to trust that very same government to have a monopoly on weapons ownership. Stating that you distrust your government and in the next breath expressing trust in them to regulate the right of the people to keep and bear arms is an ultimate expression of shortsightedness.

By the way, the estimation of the number of unarmed or disarmed people murdered by governments since 1900; 242 million. Despite the oppressive nature of our government, does this statistic express the possibility of genocide within the United States at present? In my opinion, not at all. But surely you don't believe that you have an absolute understanding of what our country's economic, societal, or governmental state could look like in 100, 50, 20, or even 10 years... despotism and collapse has certainly emerged in even shorter periods of time throughout history.

It seems quite evident that the cartel would largely crumble, alongside their country's murder statistics (which dwarf those of the United States), if everyday Mexicans owned "assault rifles" as frequently as Americans. In fact, in 2013 this was observable as an organization known as the "Autodefensas" emerged, armed themselves, largely illegally, and effectively resisted the Knights Templar cartel. The rise of the Autodefensas resulted in Mexican citizens reclaiming large amounts of territory from the cartel in the Mexican state of Michoacán. The effectiveness of this movement was undermined as the Mexican government began to regulate these militias as well as their firearm ownership. This tyrannical move extended to the imprisonment of a leader and spokesman of the Autodefensas, Doctor José Manuel Mireles Valverde, on charges including possessing arms which the government deemed to be reserved for army use only. Sounds familiar, how often has our government referred to AR-15's and other "assault rifles" in such a manner? The fact of the matter is that the control of weapons, disguised as security, intrinsically holds a key to oppression.

Gun control both historically and presently has been a tool to eliminate or weaken enemies of whoever controls the state; observable in the USSR, communist China, Nazi Germany, the United States of America (from Native Americans to African Americans), Latin America, the list goes on. True human nature will never change. War, unrest, hunger for power, violence, and oppression; products of our human nature, will, therefore, survive as long as our species. These qualities will always lie inside of some men, and their manifestation will therefore always wait right around the corner. The capability of these aggressors to harm will remain absolute until the end of time; cartels will always be able to acquire machine guns, mass murderers will always have means to commit atrocities (84 killed simply by a truck in Paris in 2016), and tyrants will always have armies. On the other hand, the capacity of individuals and victims to remain armed and defend themselves to the best of their ability... is not as guaranteed.

The right to defend yourself, to be equally as armed as someone who may intend to do you harm is a right which does not come from politicians or even the second amendment. This right is extended to you from something much deeper than any society and much larger than any government. This right; your right to self-preservation, comes from nature.