The Apple Watch Is Better Than A Fitbit

I Tried Both The Fitbit And Apple Watch, And The Former Was Noticeably Better

My opinion probably won't be popular but at least hear me out. 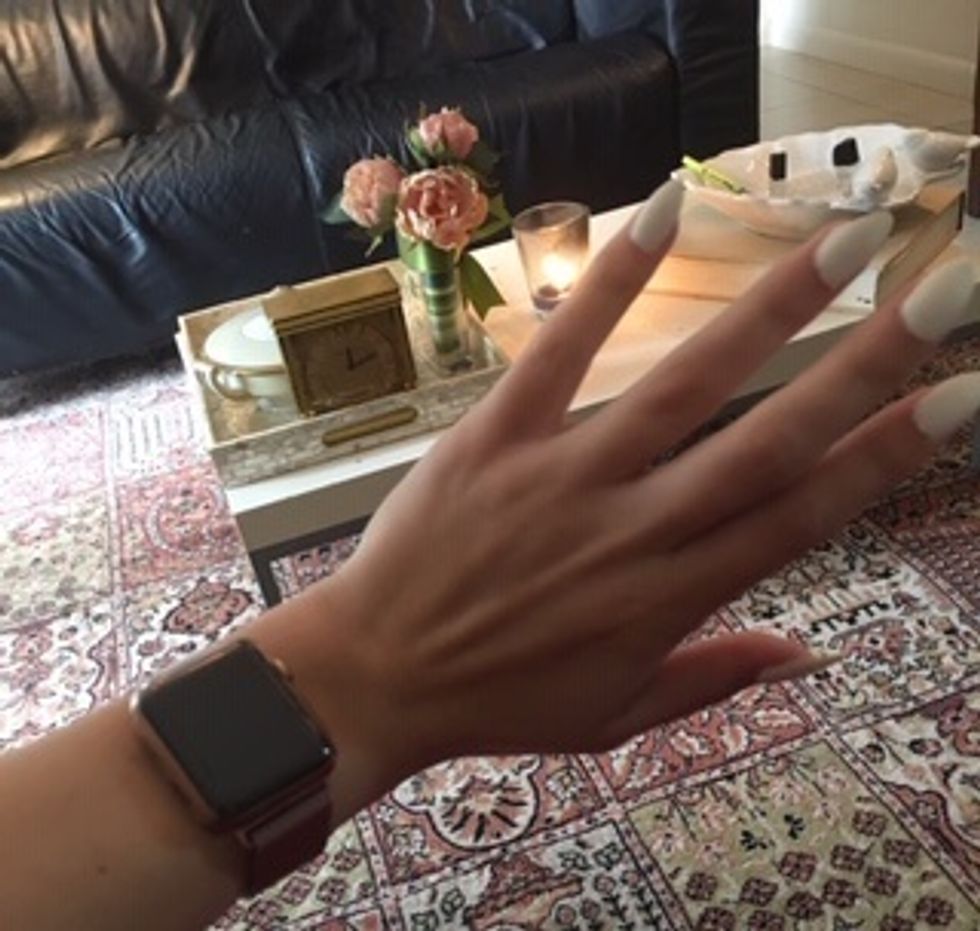 A little over a year ago, I swallowed my distaste of having things on my wrist and bought a purple Fitbit Charge. I quickly came to really like it, from its slim design to the way it would display encouraging messages each time I put it on. It would gently buzz three times when I hit my step goal, and it also functioned as a wristwatch.

About six months ago, I switched over to an iPhone and reasoned that when I needed to replace my Fitbit, it would only make sense to switch to an Apple Watch. Two months ago, the time and the price were right, so I "upgraded" or so I thought, to the Apple Watch. I bought a Series 3 with a 38mm screen (this one) and gave my Fitbit and its chargers to my younger sister.

First, the good things about Apple Watch: my Apple Watch is a lot prettier, sleeker, more modern, and more feminine-looking than my Fitbit. My Apple Watch is dressy enough that I don't feel like I need to take it off to go somewhere nice, yet the silicone watch band conveys an unmistakably sporty look.

Overall, I will admit that Apple's quality is significantly better than Fitbit's. (My first Fitbit Charge fell apart as a result of a known and widespread design flaw, and it was like pulling teeth to get them to send me a replacement. They really tried their hardest to get me to accept 25% off another Fitbit product, but after about an hour of negotiation, they did send me a new Fitbit.) Fitbit's products are certainly overpriced for the quality of craftsmanship, and I do not believe that to be true of Apple.

However, I miss my Fitbit, I won't lie. My Fitbit tracked my steps, workouts, water intake, sleep, calorie intake, heart rate, periods, and more in one intuitive app. I could easily find all of my health information in one place. In contrast, Apple's Health app is a mess. I have had to download Eve and Sleep Cycle and set them to sync with Health just to get my sleep and reproductive health data in the same place as my fitness data. As if that wasn't bad enough, I had to set daily reminders on my phone so I would remember to actually use them. Fitbit could do the exact same things Eve and Sleep Cycle do, and it only required one app.

It takes about 3 more steps to record a glass of water in Health than it did in Fitbit. Furthermore, there is no way that I know of to set a default amount of water (like the size of my Yeti tumbler) in Health and record with one click. You always have to record how many ounces it was.

I don't even want to get into how inefficient it is to add food in Health, but I have no choice because it is the actual worst. In Fitbit, you only type in what you ate and change the serving size if necessary (but the default is usually right because it is based on what other users have entered) and it estimates how many calories and how much sugar and fat you ate. Apple, on the other hand, expects me to record what I ate by nutrient. I literally am expected to find out whether there was biotin, calcium, fiber, etc. in what I ate and record it in milligrams. I don't even know what half of these options are, let alone how to estimate how many milligrams of them were in my food.

In Fitbit, you have a straightforward step goal and you get a satisfying little wrist hug if you meet your step goal. If Fitbit is a warm, motherly presence on the bleachers of your life, cheering you toward your goals, Apple Watch is the beefy, red-faced football coach who calls you a maggot. Apple Watch has three rings, one called Move, one called Stand, and one called Exercise. Your orders are to close each ring every day. For example, to close my rings, I have to stand for one minute per hour every hour for 12 hours, move enough to burn 510 calories, and exercise for 30 minutes. (You can change these values if you want.)

Although it is true that this is less intuitive and sleek than just having a step goal, Apple Watch has to ice the cake by mercilessly tormenting you with your shortcomings. If heaven forbid, you want to lie down for a nap, you can count on being nagged aggressively by your Move and Stand rings (each ring can send you separate notifications.) Say what you like about Fitbit, but it never made me feel guilty for taking a nap. If you have a slow morning at home and don't put on your watch until the afternoon, Apple Watch will not only try to push you to catch up, it will snarkily remind you tomorrow if you don't, in a misguided attempt to get you to do better. No one ever improved from hearing about their failures over and over.

And if you do close a ring, you get a ding and fireworks on your watch screen which is fine except it's a lot more jarring than what Fitbit does and it always scares the daylights out of me. I'm just waiting for the day my heart rate monitor on Apple Watch has the nerve to tell me to calm down afterward. (I joke that with an Apple Watch, I don't need a boyfriend, because I already have something patronizingly telling me to calm down every time I'm upset.)

There are some conveniences from my Apple Watch that I appreciate, such as receiving my calls, texts, and Facebook messages on my wrist. And it has helped me to use my phone less because I don't have to pick it up and risk getting sucked into the void just to see if someone contacted me. I wouldn't dare try to use it for an app like Twitter, however, because the screen is so little. (I was going to get the 42mm screen, but unfortunately, I am petite and when I tried it on, it was just too big to look good.) Other reviewers, however, have tried to little avail to load tweets on the Apple Watch.

Overall, insofar as the Apple Watch functions as a smartwatch, I am satisfied, even impressed, but as a fitness tracker, Apple Watch is just not as impressive, intuitive, and motivating as Fitbit. Although its pushy ways have provided plenty of comedic fodder for me to joke about on Facebook, I don't love it. As a customer to whom the fitness tracker function is #1 in importance, this is disappointing.