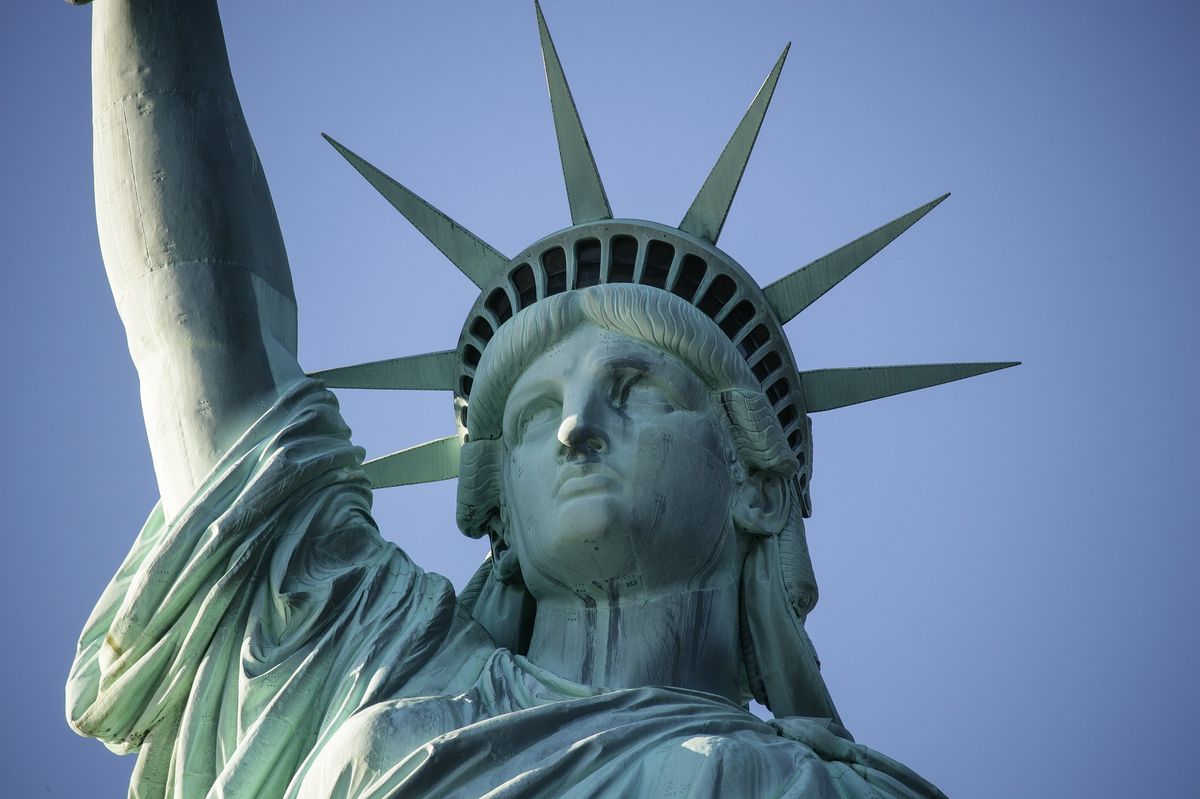 Examples of immigrants: “Settlers of the colonies”. Everyone who is not an indigenous person or native Pacific Islander. Everyone with European heritage. White people.

The people that say they are against immigration are often white nationalists, and they’re thinking of people of color, and they’re thinking of anyone whose native language is not a white native language. I guarantee you, they stop caring about “speaking English” when you speak French, or Swedish. Pick at any one of their arguments, and you discover quickly one thing: they are not against immigrants, they are against people of color.

They’re quick to say “first world” immigrants from nations they know they are descended from – particularly Western Europe – “don’t count”. Why? Those immigrants are white. Nationalist agenda is often racist, white supremacist agenda. If they cared about who the nation belongs to, they wouldn’t be so heinously cruel, violent, and dismissive of indigenous people. They’d pack a bag and head back to their ‘homelands’.

They would see me, a white monolingual girl born in one of the earliest 'settled' states with Republican farmer grandparents that have only been in the country 100 years, and they’d hear my most basic New England accent, and drag me out of my home to head to the UK.

Not again, because America has never been white. Especially not in its origins.


I will not say America is a nation of immigrants --- to often we forget America was a nation invaded, that it existed long before settlers, that it was a victim of genocides and erasure and violence crowded by colonialists and settlers. America does not belong to white people, and therefore there is no America for white nationalists to “take back” – it was never theirs. America belongs to everyone.

When I say I love my country, I say I love the concept of my country. Know this: America is a concept: an ideal of freedom from oppression, an ideal of equality, a place to escape to, a place that stands for life, liberty, and the pursuit of happiness. America is a culture - an amalgamation of cultures, clashing and interacting and amazing and strange, where every city can be full of diplomats representing of the rest of the entire world, and it's also its own: independent, weird, and loud.

When I say I'm frustrated with my nation, I'm watching people failing to live up to that concept. I'm watching systems that don't serve the best of us. I'm watching people trying to claim they are America, when they are a portion - usually a minority extremist portion - that is defined simply by wanting to take over the world and claiming that the world was already theirs. **Cough - everyone from colonists to imperialists to white nationalists - cough.**

So no, I will not say America is a nation of immigration. Instead, I will say this: American is a melting pot. It's a cliche because it's true. Human beings are an incredibly diverse species -- but also just one. Both America, and humanity, are increasingly defined as part of a "global village" --- and both America, and humanity, are at their best when moving towards cosmopolitan ideals.

Immigrants are people. Natives are people. People who were born here, but ancestors are not from here, are people. That middle ground is not the heart of our nation. Man, woman, child, and anyone in between: They're all American. They're all part of something. They all have a history, and a story. They're all created equal. They're all born with inalienable rights.

Patriotism DOES NOT belong to white nationalists (read: white supremacists). Patriotism belongs to internationalists, to cosmopolitans, to those in love with equality and freedom for all races, genders, ethnicity, and national origins.

Emma Hyatt
163
The Truth About My Parents' Divorce