An Open Letter To The Girls Who Fear They Aren't Enough
Odyssey
CurrentlySwoonLifestyleHealth & WellnessStudent LifeContent InspirationEntertainmentPolitics and ActivismSportsAdulting
About usAdvertiseTermsPrivacyDMCAContact us
® 2023 ODYSSEY
Welcome back
Sign in to comment to your favorite stories, participate in your community and interact with your friends
or
LOG IN WITH FACEBOOK
No account? Create one
Start writing a post
Relationships

An Open Letter To The Girls Who Fear They Aren't Enough

Trust your heart, and God. He will not let you stray. 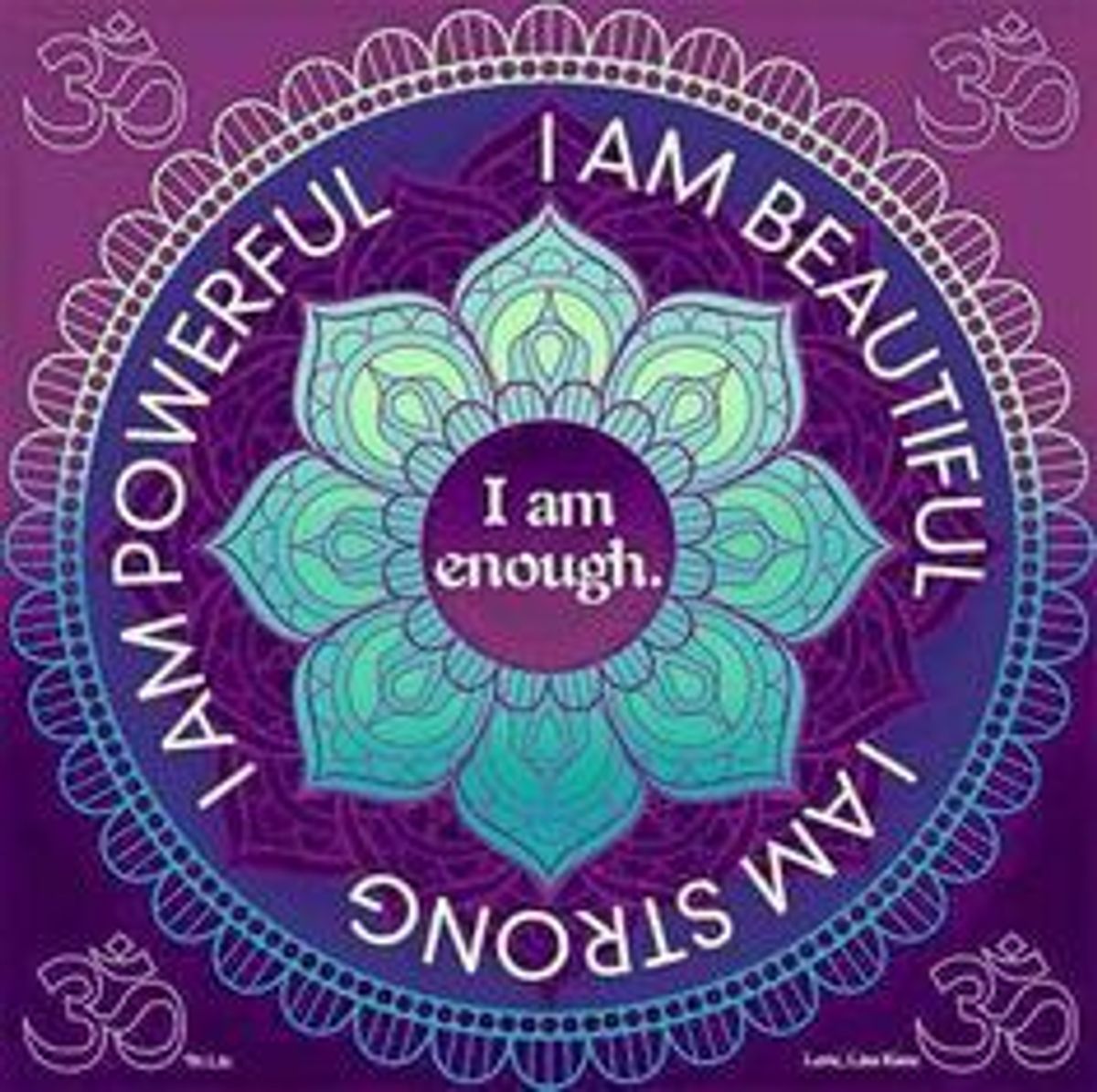 To the girls who fear they aren't enough: you are.

My past few relationships have been a literal disaster; like I'm talking awful. My "talking" game doesn't exist, and as far as flirting goes, I can't even take a compliment. But, that doesn't mean I'm not good enough.

My first serious relationship was amazing. We first became friends freshmen year of high school and then I started to really like him. But, I was so nervous I could not even manage to get his number to text him. So, I made one of my best friends message him on Facebook and get his number. Within talking for just a couple of weeks, I knew I wanted him. So, a couple of days later, he asked me out. I had been through a lot of stuff recently, dealing with school and everything else, and he was right there for me. Then all of the sudden, about five months into our relationship, his family moved to Kentucky. But, stubborn me would not let go, so we dated for a while and then in October of last year, the distance killed us. Regardless of how much we loved each other, we were too far away and I could not be what he wanted anymore. I was not enough anymore.

As time progressed I started talking to someone I had a lot in common with, and with hesitation I attempted to move forward. We never actually dated, but I still have very strong feelings for him. I was always there for him, and I still am. I did everything I could to make this work, but to him I was always in the way. He didn't have time for me, and didn't know what he wanted. He still doesn't know what he wants, but you know what? Once again, I wasn't enough.

With all this heartbreak and feeling worthless, I went anti-guys. Then, I met "him." He was sweet, funny, played sports, but most of all made me feel good. I had an honest chance with him. We dated for a couple of months, and I opened up to him. I felt safe and secure, and I told him everything, all of my secrets. But, this was far from a picture-perfect relationship. We fought all the time. I mean every day it seemed like we were fighting. We tried to fix it but it was pointless. Then one weekend, where we didn't fight and everything was fine, he texted me and said "we need to talk when I get home." I knew it was over. Sure enough, when he got home he broke things off. Ending a relationship is never easy to begin with, but hearing someone you really liked, and trusted say "I liked you for the first couple of days, but dated you for two months anyway" or "I never really wanted you anyway" a part of you dies off. I mean, what can I be doing so wrong to constantly never be enough?

I took some time for me and focused on school, knowing that if I kept trusting God, he would put the right person in my life when it was time. Then, my sorority had our huge philanthropy event, and I was able to coach one of the teams. It was amazing! I became close with one of the guys on my team, and when I least expected liking someone, I did. We started hanging out all the time, spending time with each other's families, and then finally, we dated. We dated for two weeks and that was it. He came down to visit one weekend before leaving all summer for camp and we wouldn't be able to talk, but I knew something was off. He had been gone a day, and I hadn't talked to him but he was done with being in a relationship. I was so upset, but he killed me when he said "I don't like you anymore." I literally just sat there and cried.

So now, it has been a couple months. I am just riding it out, spending time with friends, working and focusing on summer classes. I've never liked being alone. I liked the sense of feeling like I belonged to someone, and that they wanted me. But now, being alone I've been able to find myself. I would rather be alone, than be with someone who made me think I was wanted, but really just lied. To everyone who feels like they aren't enough, you are. I promise each and every one of you that you are good enough. Give yourself time. God has made a beautiful plan for your life, and all of these dead-end relationships are just God's way of preparing you to see that when you finally find the one God wants you to be with forever, you will know he is the right one. He will respect you, he will love your family, he will text you first, he will chase you and, most importantly, he will want you. In my eyes, he will be a man of God, who will love to serve our Lord with his whole heart, and stand beside you in your journeys throughout life. But, until then, love yourself just like I did. I promise you, you will always be enough for yourself, your family and your God. And one day you will be enough for a guy who you will be with forever.

So for now, go out into the world with your head held high, knowing God is by your side. And, if you ever fear, just close your eyes and remember "Be still, and let God." He will guide you on his path, because to Him, you are always enough.