In a recent interview, members Patrick Drake and Max Toole discuss their songwriting process and reveal details about the band's future 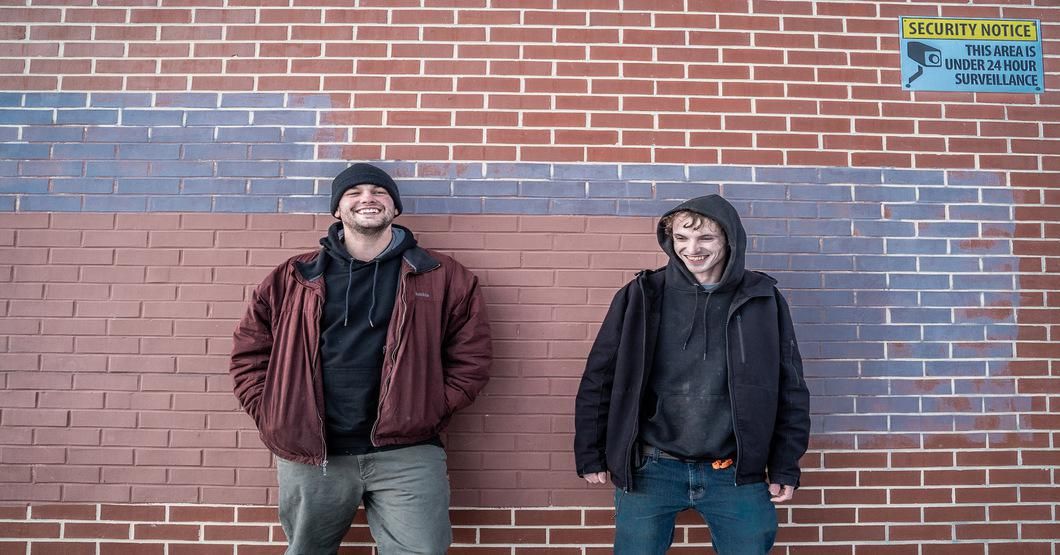 Streaming on all major platforms now is Driftwalker's first album I Am Alive. Consisting of seven exceptional songs like "Enter the Sky," "Ships Sink," and "Unstitched, Rewoven" this album serves as a reminder that you don't need the most expensive equipment – or pay for top notch features – to make an absolute gem. Together, Rhode Island duo Patrick Drake and Max Toole created a sound that mixed the math rock genre of music, with progressive rock, and added a dash of emo.

Featured on the album are tracks that seamlessly rolled into one another, with feedback from the guitar bridging the gap from songs like "Sick" and "Enter the Sky." In doing so, this album felt very quick to listen to due to how engaging each song was. In those same tracks, guitarist/bassist/lyricist Drake can be heard finger tapping on the guitar while singing about his own existential thought complex. Whereby drummer Toole keeps the beat alive by maintaining a consistent and pleasant rhythm to accompany Drake's tone of voice.

Despite the fact that I Am Alive isn't a concept album, most of the lyrics on the project reflected Drake questioning his own morality, battling himself, or running from demons in his past. This is heard through the lyrics on "Enter the Sky" and "Hsrm"; "I've been running away from my deepest fears, my whole life, my whole life," and "I can be anything, I could be everything."

In a recent interview with the duo, Drake said that the name for the album came about because, "I gave myself a bunch of stick and poke tattoos and I wrote 'I Am Alive' on my shoulder. I kind of figured I would use it for something." He also stated the artwork for the album was created because "I had this picture that someone took of us playing a show and I downloaded free Photoshop and put a bunch of filters on it until it didn't look like the picture anymore. I thought about using some stuff I had made, but it came out cool this way." Toole said, "I was pretty busy with work around that time and hadn't come up with an idea of the album cover before we had finished the album. He showed a few options and we picked through them. I like it."

He added, "We had played that song ['Hsrm'] and I had toyed around with the idea of spoken vocals, kind of cleanish. Then I toyed around with screaming vocals and I couldn't really decide what I wanted to do, so I started to do these screams in the back and after I was doing it, it ended up painting a picture of a voice screaming in the back of your head. It's not as easy to understand those words even though they're the same words. But it's almost the same idea or perception as something screaming in the back of your head and you're just translating it and bringing it out. So, it kind of is your subconscious."

Even though the band has been together for nearly four years, they are rather new to this combination of music. Drake said, "We've been playing music forever. This particular kind of style started about a year ago, it hasn't been too long." Toole further added that they formed Driftwalker due to the circumstances they were in, "We kind of just happened to jam together a couple times, I guess. We played a few shows with a few other people but it never really worked out to the sound we have now."

While it's hard to put Driftwalker's sound in a box, Drake said that if their sound had to be narrowed down, he would relate it to, "A lot of emo vibes, math vibes, and progressive vibes. More like Tool progressive, not crazy progressive metal. Not necessarily sounding like Tool but those elements of working parts together. Personally, I would say math and emo. I find it so hard to give it a genre because I really don't think about it." Toole added that they, "Definitely didn't go in trying to fit into any genres."

Further, Drake explained that writing the songs for the album was spontaneous because, "We never try to make anything, it all just comes out when we jam, and if it sounds cool, we keep doing it." He added, "Afterwards – it sounds corny, but the way I listen to the song and whatever that song is telling me, that's how I write the lyrics. It always comes last. I wait for the song to speak to me instead of trying to speak for the song."

When questioned if they sought a bass player for live events and recording, Drake said, "But I kind of like how it sounds when you put a bass on a track, even if it's not in your face, it still sounds full." He added, "I feel like our writing process always goes a lot smoother when it's just us. That's my personal outlook on it. But to have that sound in a live setting would obviously be ideal. People have told us that it sounds full when we're playing live, but to my ears and stuff, a low frequency would sound pretty good. But it's all about finding the right person to play bass. If that person never comes around, then oh well." Toole agreed and stated, "If it was a nice bass player, I could be down with it."

To closeout the interview, Drake revealed that the band is definitely going to continue making and releasing music however they aren't sure what they'll put out next. "It's kind of like whatever comes." He also added that merch for the album would also be on the way, "We'll probably do some CD's for sure. There's a couple of people that wanted them so we'll order some. If people want them, they can get them, if they don't, they don't have to. I just don't want to get like 200 t-shirts and have them sit in my room forever."

When asked about doing a livestream event Toole said, "We're definitely thinking about that." Drake added, "For sure, we've thought about it. I just don't know the best way to do it is. We were talking about live on YouTube, or live on Instagram, or try a Twitch thing. It would definitely be something cool to play around with, even if it's not necessarily playing the songs we already have, just playing a loop jam or something."

Overall, Driftwalker is definitely a band to keep an ear out for within the next upcoming years. Stay updated on their music and potential livestream performance by adding them on Instagram at "driftwalkerri" and make sure to listen to I Am Alive if you haven't already.

Madison Franz
The Narrative
1120523
Photo by Brooke Cagle on Unsplash

Madison Franz
The Narrative
655738
Photo by Manny Moreno on Unsplash