An Idiot's Guide To The US Elections

An Idiot's Guide To The US Elections 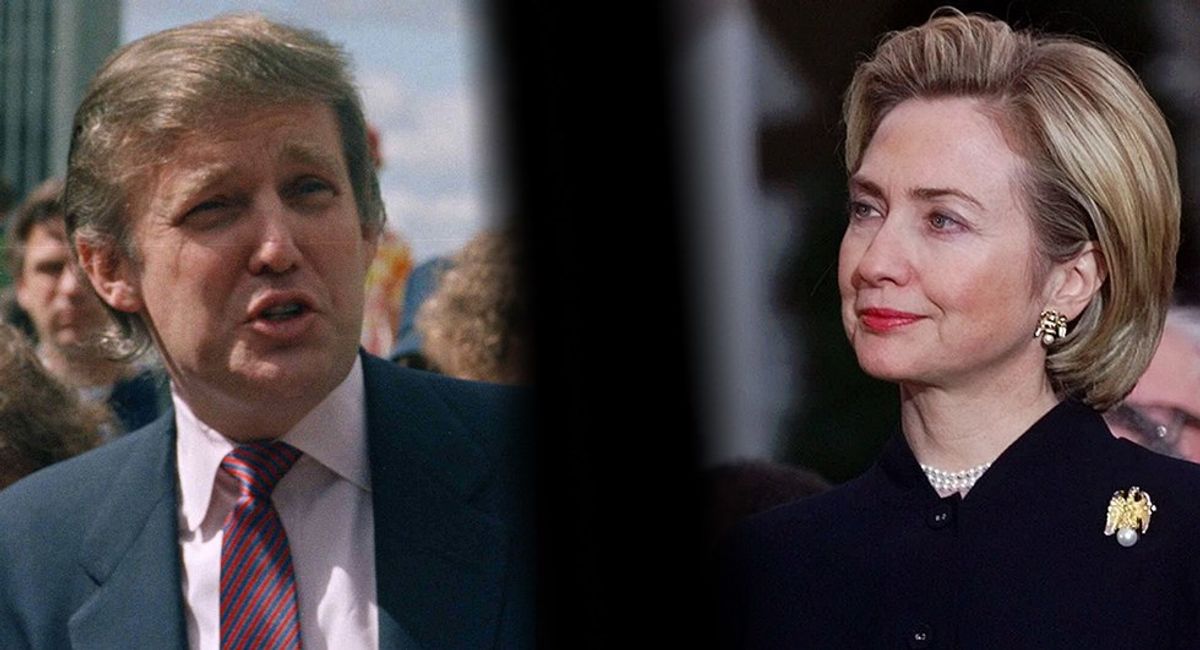 Who? What? Where? Why? When? How? These might be only a few of the questions you might be asking yourself after the votes are cast on November 8th, and the new ‘Supreme Leader of the Most Awesomest Country According Only to its Own Residents’ has to be chosen. Yes. You read correctly, ‘Murica is yet again on the curve to elect a new president. But how actually does it happen? Do all eligible persons simply text the name of their preferred warrior? Do they have to choose either a black stone or a white stone and throw it into a jar for it to be counted? Well, it’s a little more complicated. But that it need not be.

First and foremost, who is worthy to take on the role of such a wonderful nation’s Supreme Leader? Technically, that would be anyone at least 35, given that s/he is a naturally born citizen, and has been living on red, white and blue soil for 14 years. Emphasis on “technically”. These days, you would also need a many million dollar campaign and probably a previous job as a governor, senator or prominent military general wouldn’t hurt either. But you know, everyone’s welcome.

So, there you have your presidential candidates. Now everyone puts their names on a paper and those who are eligible tick one and it gets counted up, right? Wrong. Since it is naturally common for more than one person from a popular political party to run, there are a series of primaries (primary elections), which determine which candidate will then be representing the party in the actual elections.

Speaking of parties. No, not those kind of parties. Political ones. The two big shots in the US are the Republicans and the Democrats. Red and Blue. Donald Trump and Hillary Clinton. Yeah, them. Well all know about them. But more on that later. So, before these primaries are held, each candidate takes a really long road-trip across the country to promote themselves using speeches. Speeches. Sometimes even debates. Depends on the weather. Most states hold their primaries in spring, and then hold a ‘yuugee’ convention in the summer. At these conventions, the chosen candidate from each party is announced. Then in between that time and the election day in November, there’s, you guessed it, more speeches and debates.

E-Day itself takes place on the Tuesday after the first Monday of November (in 2016, that’s the 8th). All those who can cast their votes after registering, then the votes are counted, and the results, a.k.a the popular vote, are announced. Essentially, a pure democracy. Except not really. Because the popular vote is not what makes a president. Shocking, I know. It’s actually the electors in the Electoral College that get to have all the fun. They are a group of people, fancily known as ‘electors’, appointed in each state, who vote for the president. The citizens who vote for a president, are really voting for electors, who will then vote on behalf of the citizens of their state. The candidate with the most votes in each state automatically gets all the electoral votes from that state. Sweeet. Makes things much easier. It’s worth noting that the bigger the state in terms of population, the more electors appointed from that state, to make up a total of 538. In order to become ‘Supreme Leader’, a candidate needs to get 270 electoral votes. Once these votes are counted, whoever got more, becomes the ‘Chosen One’. Once this is announced, said person begins to assemble a cabinet and review their agenda, and then, finally, to everyone’s relief or horror, the new president is inaugurated on January 20.

To clarify who actually might have the honours to move into the one and only White House, here’s a brief summary of the beliefs of the two leading candidates, Lord Trump of the House of Republicans, and Lady Clinton of the House of Democrats. The Donald encourages:

On the contrary, the other Clinton stands for:

Now you know all. Well, most. Everything you need really. So if you want to have a say in who gets to move into the White House of White Houses, which is really what this is all about since that place is ‘yuugee’, register now and cast your vote!
Report this Content
This article has not been reviewed by Odyssey HQ and solely reflects the ideas and opinions of the creator.
Swoon