America Exemplified: Why The Milo Riots Were Not A Surprise
Odyssey

America Exemplified: Why The Milo Riots Were Not A Surprise

When we cultivate this culture, how can we be surprised? 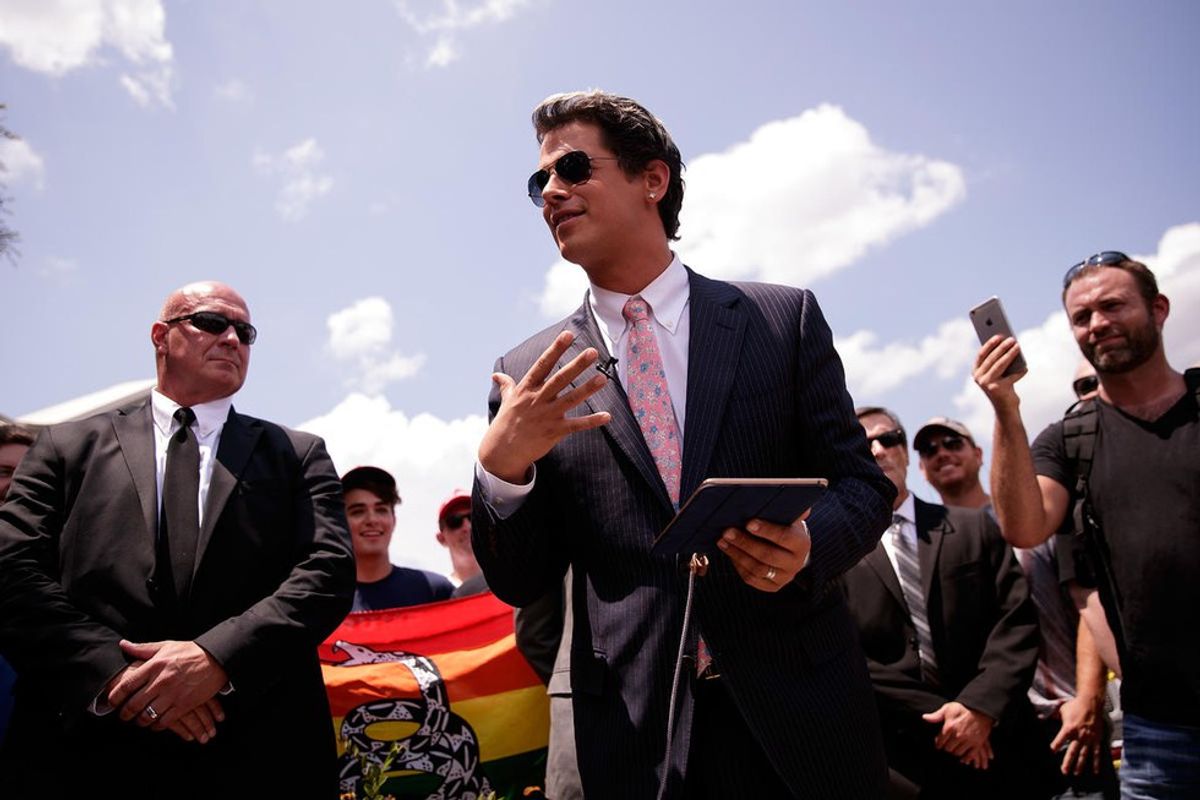 “As some protesters yelled obscenities at police, others toppled a generator and light pole police had set up, spray-painting “Milo” with an X through it. Then they lit it on fire. From their backpacks, the protesters hurled dozens of fireworks.”

“…Shouting "Shut It Down," the protesters are removing barricades, toppling a light pole, and throwing projectiles -- including fences and firebombs -- at the building where the speech is being held”

These news clips shattered my quiet Wednesday night. The pain, the anarchy, and the evil that is slowly festering in our nation once again reared its ugly head, this time in the form of fire, shouting, violence, and broken lamp posts that were used to beat reporters.

As I watched the reports and videos come in, some friends of mine from Berkeley were frantically texting some group chats I am in, saying, “That girl is my friend!” or “I’m here, and there is a pool of blood from someone they beat up.” As the conversation raced and updates from the news and my friends came pouring in, people kept questioning how and why this was happening. Everyone was shocked.

But then I began to understand something.

These riots were not a surprise. These anarchist temper tantrums were not even unexpected. Rather, this was just another day in our new America.

When I say “new America”, I don’t mean “Trump’s America” or even “21st century America”. What we are and have become is not something that can be limited or defined by one person or timeframe. Rather, the radical polarization and glorified division between those who hold varying opinions is a direct result of our "little t truth" society. When all we see is our opinion from the saddle of our high horse, how can we possibly begin to understand those with whom we share a flag?

Many conservatives and liberals have adopted the mindset of "just say it; do whatever we can to offend them to prove our point.”

Many liberals and conservatives have also fallen prey to the mindset of "no agreement, no humanity".

Understand that each individual has a story and can contribute in some way or another to society, but examine your own actions and accept that you may just be wrong. Exercise your right to free speech, but be sure that you are allowing your fellow Americans to do the same. When there is no such thing as open discourse and a foundation of moralistic belief and conviction, we encounter a society where the only logical response to controversy and differing opinions is to light buildings on fire and throw bricks. For the record, I do not always agree with Milo. In fact, I oftentimes dislike his approach to discourse. But when Milo – an individual with plenty to say that many do not want to hear - encounters other individuals with plenty to say and what happened at Berkeley becomes the norm, we see America - OUR new America - exemplified. This is what we have become. Will it remain that way?