Dear Amazon, Please Don't Take Our Libraries Away From Us

Dear Amazon, Please Don't Take Our Libraries Away From Us

One of the last free places there is. 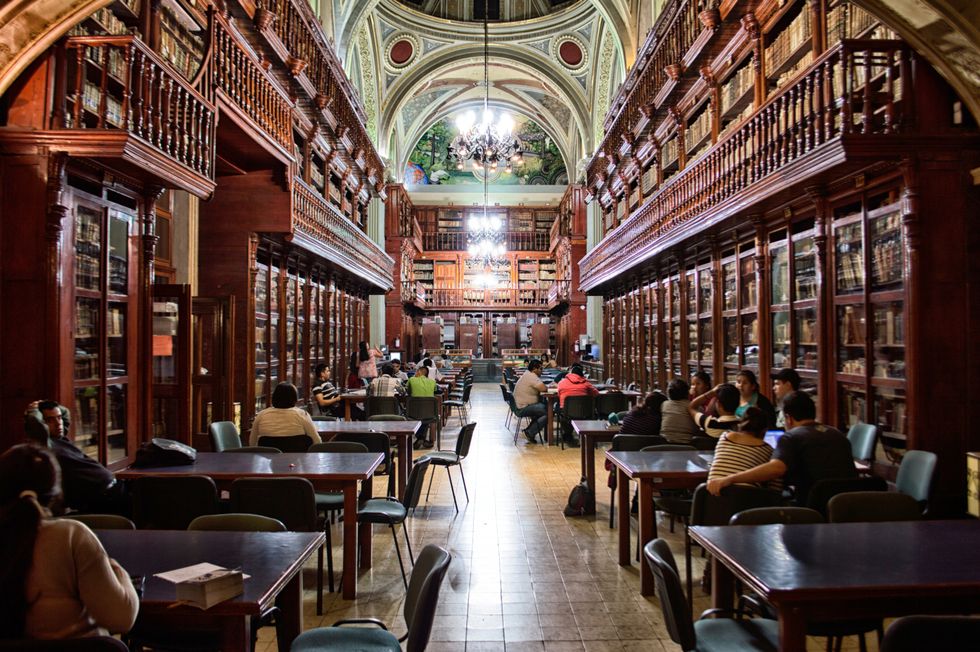 Some of the greatest summer memories I have are the days when my mom would take me and my sister down to the local library and let us pick out books to take home and spend our summer days reading them over. As I got older, my obsession with books has grown and I blossomed into a full-fledged bookworm. For this reason, libraries will always have a piece of my heart. I have realized, though, that not everyone feels the same about libraries.

A now-deleted Forbes op-ed piece stated that libraries are becoming obsolete and that it would be better for the taxpayer if Amazon were to come in and replace libraries with Amazon bookstores. Now, I already know what the majority is thinking and I'm thinking the same thing: there is a lot wrong with that idea.

Starting with the taxpayer argument. According to Richard Auxier, a researcher at the Tax Policy Center, if all libraries were dissolved and that money was returned to taxpayers, each person would only receive $36. Libraries, on average, take such a small percentage of taxpayers money, that most have no problem with the funding of libraries.

The biggest problem with this argument, however, is his idea that libraries are becoming obsolete. In 2016, 48% of people over the age of 16 said that they had visited a public library in the past year. These people go to libraries for a myriad of things, not just to read books. People go to libraries to do research, to use the computers or free Wi-Fi, to get information, to attend free classes that are offered, to apply for jobs, or to do a number of other things.

Those in higher income communities may not see the need for libraries. They have internet in their house, they have the money to buy books, and the access to information if they need it. It is those in lower income communities that need the resources libraries provide. One of the most used resources provided by libraries other than the borrowing of books is access to the internet. As only 45% of those that have an annual income of $30,000 or less have a broadband connection in their homes (compared to 87% of those making $75,000 or more). This makes libraries essential for teenagers who need the internet to do research or homework for school, those looking for jobs, or those applying to college.

Libraries also over an assortment of classes that are free to the public. These classes cover a wide range of topics including reading classes, ESL classes, computer classes, and pretty much anything else you can think of.

When the topic of dismantling the public library system arises, the people it is targeting are those who need the libraries. Those who want them replaced by bookstores are those who don't see libraries as anything more than someplace to borrow books from.

I'll leave you with this quote from Ray Bradbury: "Without libraries what we have? We have no past and no future."

Wow, It Must Be So Hard To Be A White Conservative Christian

My Heart Hurts For Our Country