Why the Discovery of the Amazon Coral Reef is Important

Why the Discovery of the Amazon Coral Reef is Important

What we can do to save our raw ocean beauties 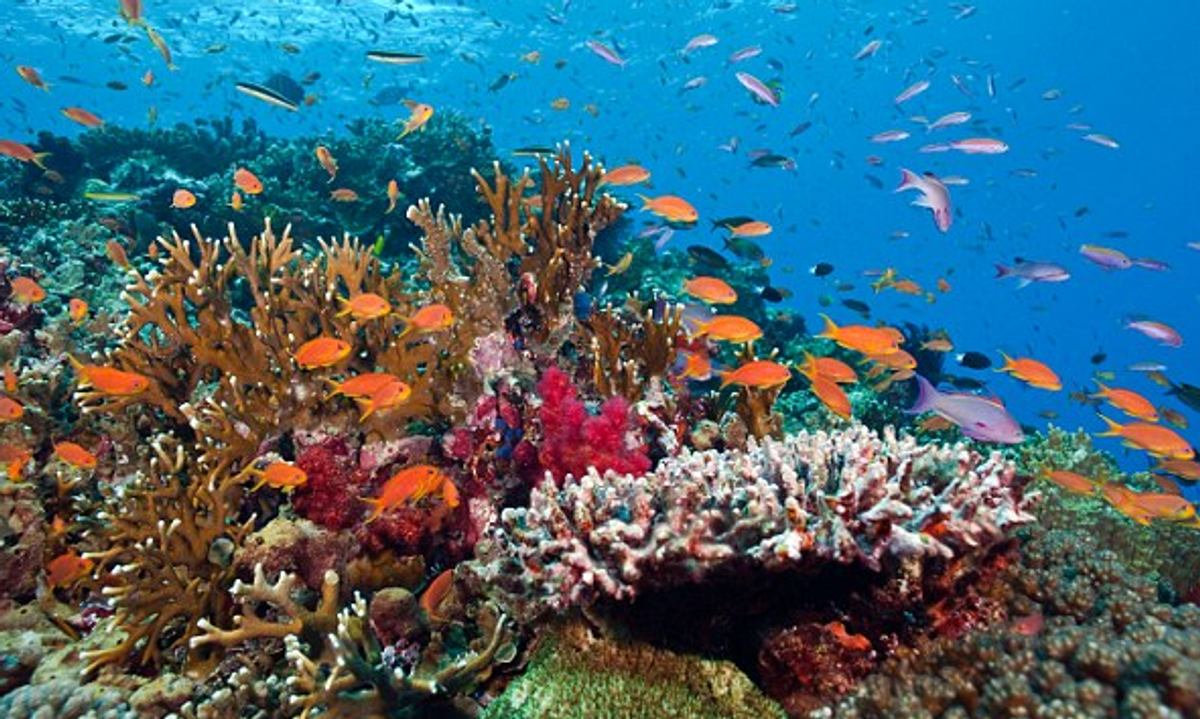 Recently a team of 30 oceanographers reported the discovery of a coral reef 3,600 square miles on the sands where the Amazon River and the ocean meet. Exploration of this site has been ongoing since 2012, but only recently were the findings actually published. Patricia Yager, a principle investigator for this reef discovery, noted that the "...expedition into the Brazil Exclusive Economic Zone was primarily focused on sampling the mouth of the Amazon..." but they quickly got side tracked into the discovery of the coral reef, hidden underneath the mud of the river. What does this mean for the environment?

Coral reefs provide important biodiversity and rival even rain forests, which are known for their array of wildlife. This, coupled with the fact that this reef exists in a tropical river, provides a community of aquatic life like no other. The discovery of this reef could lead to the discovery of new species and could help us further our research into the amazing world of genetics and our planet.

Not only are coral reefs diverse, they may provide vital medicine used to cure diseases found in humans. Coral reefs are full of compounds that are effective against bacteria and fungi that exist in nature, if the compounds can be isolated. Access to these potential resources could mean cures for illnesses we never thought possible to cure. Already coral is being developed into medicines to treat cancer, arthritis, bacterial infections, Alzheimer's, and many more serious diseases, and uncovering a new strain of coral could mean the development of new medicines.

Coral reefs also provide a natural beauty to this world that can't be found anywhere else but in nature. Diving below the surface and viewing the vibrant colors of the coral and the unique wildlife of the Amazon could create a tourist industry like no other and boost the economy of local villages, and can be done in a way that is not harmful to the reef. Natural beauty is very rare these days in our industrial lifestyle, so raw elegance like this reef should be sought after with increasing interest.

But with the discovery of the reef comes a discovery even more shocking: "From ocean acidification and ocean warming to plans for offshore oil exploration right on top of these new discoveries, the whole system is at risk from human impacts," Yager says. The reef is already at risk for being destroyed, much like the Great Barrier Reef off the coast of Australia is currently undergoing. Destroying the reefs would be detrimental to our oceans; whole ecosystems would disappear and we may lose species such as the famous Amazonian pink dolphins that could rely on this reef as a food source.

What can we do to help the reefs? First, we have to start at home. Reducing carbon emissions is the best way to help prevent the oceans from continuing to warm. It's been drilled into us since we were children, however it cannot be stressed enough how important it is to make subtle changes in your life to save those of the fish who live in the reefs.

The fact that this reef has survived for a long time in conditions usually not considered livable for this type of aquatic life is amazing in itself. Destroying our reefs would mean destroying one of the few natural beauties we have left, and would mean ignoring untapped medical opportunities. How many more reefs have to be discovered and immediately declared endangered before we realize we need to make a change? Take the discovery of this reef as a warning to the rest of our environment. Humans must make a stand and change how we live if we want to preserve our planet, and it all begins with you.