​What I Learned From “Already Tomorrow In Hong Kong”
Odyssey
CurrentlySwoonLifestyleHealth & WellnessStudent LifeContent InspirationEntertainmentPolitics and ActivismSportsAdulting
About usAdvertiseTermsPrivacyDMCAContact us
® 2023 ODYSSEY
Welcome back
Sign in to comment to your favorite stories, participate in your community and interact with your friends
or
LOG IN WITH FACEBOOK
No account? Create one
Start writing a post
Entertainment

​What I Learned From “Already Tomorrow In Hong Kong” 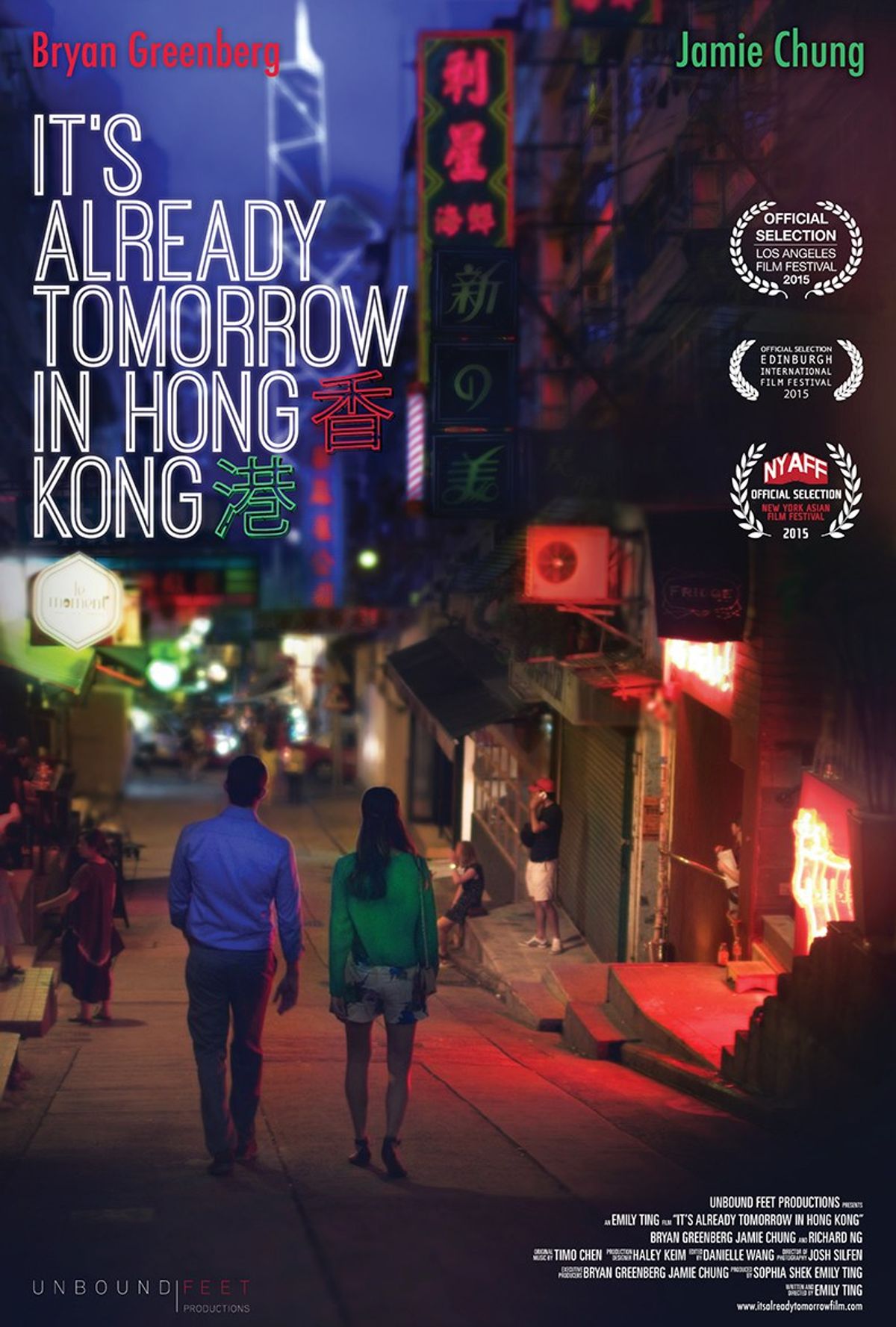 Google
Already Tomorrow in Hong Kong is about a Chinese American girl from California who unexpectedly met her "soul mate" when she was lost in the middle of Hong Kong. She met an an American expat who happens to be living there for 10 years and is fluent in Chinese. The timing wasn't right for both of them the first night they met but they met again a year later in Hong Kong. The film asks, what happens if you meet the right person at the wrong time?

Sometimes you meet the right person at the wrong time.

I actually met someone a few years ago from work. He liked me and I liked him. It was that instant connection and the spark; you know you can’t just not give it a chance. We met 3 weeks before he was going back to Hong Kong. He was going on a vacation for 6 weeks, but the future was uncertain for both of us.

It’s already tomorrow on the other side of the world.

Every time I had a really bad day, I am always afraid of tomorrow and the uncertainty of it. After watching this movie, I realized it already is tomorrow in other parts of the world. The movie literally says, “Already tomorrow in Hong Kong.” It gives me hope to go on with positivity and motivation for each tomorrow.

Sometimes, all you really need is spending quality time to really know someone.

Before he went to Hong Kong, we actually spent a lot of time together. He worked six days a week and on each day off, he spent the whole day with me. We talked all day long while going to places we’ve never been to and watching new movies at different theaters. We spent hours at Barnes and Nobles trying to pick out classical novels and discussing our favorite novel, The Great Gatsby. It was like endless summer nights; he was an endless summer night.

Passion is what makes you alive.

Just like Ruby convinced Josh, he made me realize that life is too short to not follow my passion. I love creative writing and I’ve always wanted writing as my professional career but I was always too scared that it might not work out. However, he made me value each day, especially since we were counting down the days before his departure. He brought back the passion in me.

Fall in love with skylines and each city you travel to.

I’ve always loved New York City’s skyline but I’ve never seen Hong Kong’s skyline up close. It is breathtaking. Fall in love with beautiful cities instead of the people in it. Enjoy each moment instead of trying to capture it with your phones and cameras. That’s the only way you can enjoy it to the fullest.

I watched this movie in June 2016 which is a year later from its release. It reminds me so much of him and what I’ve learned from “us”; something we will always hold onto even if he is on the opposite side of the world. The title reminded me of him and I actually got to see what Hong Kong is like. This movie is so breathtaking and personally inspiring for me.

QueenRadhi
The State University of New York at Stony Brook
185