I Am Mexican And I Am Not Afraid of Donald Trump

I am a Mexican college student in the US, I am not a criminal and I ain’t afraid of no Trump. 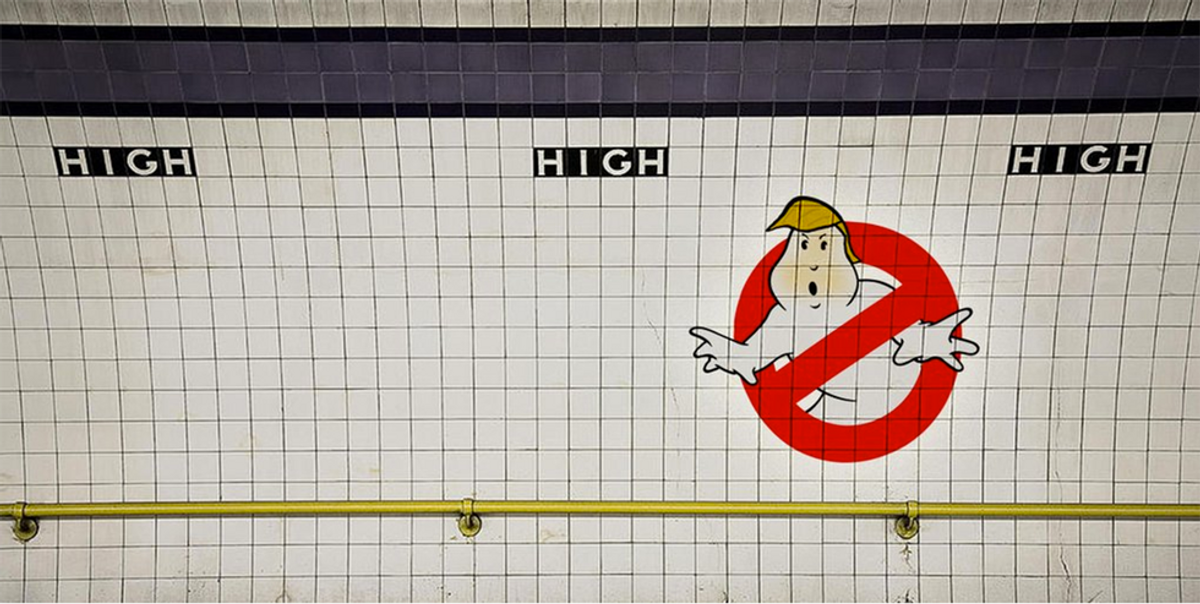 As a Mexican girl, the first thing my family asked after I told them I would be attending college in the United States was: aren’t you afraid of Donald Trump? The question didn’t surprise me, to be honest. Why would it, after all the outrageous things he had said about Latin American people throughout his presidential campaign?

Not only are US politics extremely complicated for us to understand because they are very different to ours, but this particular election year has raised a lot of fear in my country (and many others). To see someone in a position of power that openly and unabashedly speaks spiteful lies about who we are, and to see him incite his followers to hate us passionately, it’s a very scary thing. When we first heard of him running for the presidency no one took him seriously, he was a rich white man with a serious need for a hobby. And for a lack of anything better to do he decided to run for president and try and deport as many people as possible. At some point the joke stopped being funny, because we slowly came to realize that he had an actual shot of being the Republican candidate. The last nervous laughters died off and we suddenly found ourselves in a world where Donald Trump could quite possibly be President of the United States.

Reasons like this were why all my family members freaked out when I deadpanned “No, I am not afraid of Donald Trump.”

To most everyone’s eyes I should be afraid. He’s trying to build a wall in between our countries, he is calling me a rapist and a criminal just because I happened to be born in Mexico. He is insulting my country, my family and heritage. And I am not afraid of him. These are the two major reasons why.

I am not afraid of him, but of the people who support him.

If (God forbid) Donald Trump does end up being president, I have faith that most of his ridiculous promises and proposals will never take place. Simply and purely because most of them are impossible to carry along –– get over it, there is no way we are paying for the wall.

That is why he doesn’t scare me, he is too eager to promise too much, and he can hardly meet all of the expectations he has set for himself. It's hard to imagine his policies would affect me directly, but the fact that there are millions of people that openly agree with his hateful politics is the truly scary thing, at least in my opinion. Even as a candidate, he has encouraged his supporters to take matters into their own hands when it comes to making “America great again.” For example, when Trump heard about two brothers beating down and then proceeding to urinate on top of a Hispanic homeless man, he proceeded to encourage them.

Donald Trump doesn’t scare me, but his supporters do.

What truly fills me with terror is the fact that if he happens to win the election, then people in the United States will start to believe that it is okay to immediately assume Latin Americans, Muslims, black people and other immigrants are criminals, rapists and thugs. I am afraid that it will no longer be unacceptable to mistreat people for the color of their skin but that it will become a celebrated practice. I am afraid that it will come to a point where violence (or even murder) it's perfectly acceptable, because the president doesn't consider these people "worthy" of living in the Great America.

By fearing him, I make him stronger.

If I had been afraid of Donald Trump, and I had allowed that fear to stop me, I would not be here. I would have thrown both a huge scholarship and my future down the drain, not to mention that I wouldn’t be fulfilling my lifelong dream of studying in the United States.

If I had allowed my fear for him and his supporters to paralyze me, then I couldn’t speak against his spiteful narrative. Because he is determined to make it seem like Mexico (and the rest of Latin America) is only “sending” the worst of its people to the United States, as if being Mexican automatically makes us criminals, rapists and deviants. But that’s not true. And this is not me claiming that I am the best Mexico has to offer, but I don’t fit on the description Trump is determined to spread of me and my people. And I consider it to be my responsibility to stand proud, and say I am not afraid of Donald Trump, because no matter how much he tries, he is not going to stop me.
Report this Content
This article has not been reviewed by Odyssey HQ and solely reflects the ideas and opinions of the creator.