A Shout-Out To An Era Before Our Own
Odyssey

A Shout-Out To An Era Before Our Own

Music is strangely powerful; it's the background theme to particular moments in life, it makes a great conversation starter, it brings people together. Listening to a year's worth of rock music has done just that for me. 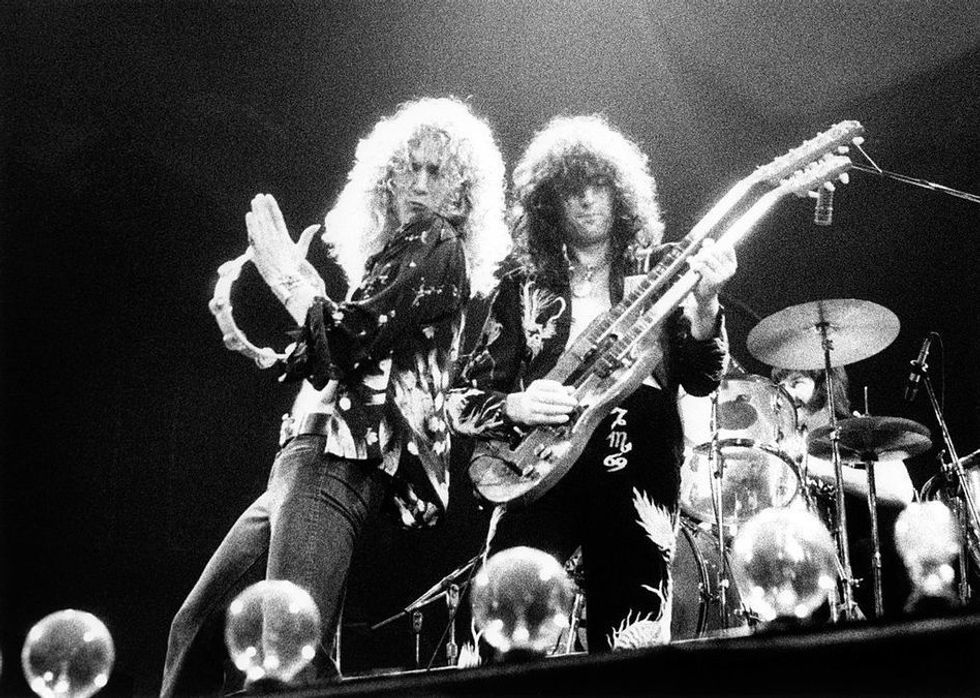 As a kid, I always thought "rock music" meant listening to a deafening series of high-pitched vocals and endless electric guitar shredding... well, I was partially right but I realized there was so much more to the genre! I forgot what caused that abrupt change into listening to soft, classic, blues, and heavy rock, but I'm glad that that change has happened.

Below are just some of the songs that have defined the last year and a half for me, it's a bit like my version of Spotify Rewind.

I'm not a huge fan of mainstream Beatles songs, but I made an exception for particular songs from Lennon's "Imagine" album. Jealous Guy, as well as Imagine and How? all remind me of a slow, hot summer week spent in England. For me, the piano playing on the tracks of each three of these songs elicit a laidback, relaxed, and carefree attitude. I attribute the songs to something which that is telling you to live in the present moment, much like what I was doing as I made detours on an adventure from Hyde Park in one borough to Shakespeare's Globe theatre in another borough. It's safe to say that listening to solo albums from Beatles' members has led me to listen to other bands who were renowned for the music they were producing.

I don't think you can go wrong with songs like these. Categorized as soft rock, I felt like this was a safe bet when it comes to music from almost fifty years ago.

After my brother and I watched the movie Bohemian Rhapsody, I went onto Spotify to hear what the band Queen was all about. One of the earliest songs that they released was Doing All Right. Concerts from Queen during the 1970's give me nostalgia for a time before I was even born. The fuzzy recording gives the electric guitar an unpolished yet captivating sound, which does the song justice. Hearing this song reminds me of early September where I spent hours on the road for college visits as well as beginning to work on college applications. In the end, maybe the song reminded me that I should be doing all right regardless of whatever may happen.

Teo Torriatte (手を取り合って) is more ballad-like and built more around the piano and vocals. Some of the lyrics are sung by Freddie Mercury in Japanese as the title suggests due to Queen's large fanbase in Japan. The audience can be heard towards the end chanting the lyrics. Personally, this song meant a lot as I attribute to someone who I've liked but I knew that it can't happen anytime in the near future.

Brighton Rock! Though the original song Brighton Rock contains vocals, this solo version helped me appreciate the extent to how great electric guitars sound. The guitarist Brian May is widely known for having composed this song and remains proud for such an achievement. An interesting fact about the guitar (named the Red Special) that Brian May plays is that he and his father built in the 1960's! In a time when he was unable to afford name-brand guitars, May used wood from a fireplace to construct the guitar body. It took two years to complete the project, but it certainly has served him well.

I look up to artists like Brian May who was able to overcome his challenge by taking what he owns and turning it into his solution - a solution which turned out to be better than most guitars on the market and continues to garner admiration from fans around the world.

Yes, Led Zeppelin, the band that brought the world the infamous Stairway to Heaven. That was all I knew about the band until I decided to give them a chance, and I have no regrets. Each one of their songs features a stunningly memorable guitar riff, and Heartbreaker was no exception to that. Anyone who has a conversation with me is bound to hear this song atleast once.

Despite having no energy at times while being at home, the guitar, bass, drums, and vocals behind Heartbreaker make it such an uplifting and catchy song. I have no further words for this song, besides to give it a listen; it's worth your time. The guitar riff and solo, which is attributed to the unconventional and unique methods that guitarist Jimmy Page uses in songwriting, make sure that listeners know that this song belongs to Led Zeppelin, right from the moment the first note is played.

One of the greatest things about Black Dog is that there is a back and forth dialogue (call and response) between the vocals from Robert Plant and the guitar from Jimmy Page in the beginning. Black Dog plays around with time signatures and rhythm changes. To put it simply, there is a growling and roaring energy from the song that cannot be beat. This is hands down another great song that has made my months of remote learning slightly more tolerable.

This song got its name after the band members befriended a black labrador retriever that visited their recording studio frequently. After being unable to find inspiration for the song title, they decided to title the song Black Dog.

Nothing beats a fourteen minute rendition of Jimmy Page playing a double-necked guitar at Madison Square Garden. This performance is actually a mix between two of their songs from the album Houses of the Holy. When I first heard this song, I was in awe. One of the many things that Zeppelin goes beyond and above for is their live performances. The audience never hears what they heard on the album; the band always finds ways to make their live songs different from what is on the album recording.

With everything going on in the world from a global health issue to racial issues which run deep, "a little rain must fall" before we see any true, concrete changes. On a personal level, I can say that this song was the theme behind me realizing I should focus more on myself and what matters to me the most.

The sad and moody guitar soloing six minutes into the video resembles a struggle, but it is one that can be overcome as the drums come in, which creates a feeling of triumphance.

The list goes on and on! Some of the songs above are merely scratches the surface of what is on my playlist, which is a whole eight hours of mostly Queen and Led Zeppelin, hence the title The Queen's Zeppelin. I've realized that my preference gets progressively heavier in electric guitars but I don't see any end to this craze towards the world of vocals, electric guitars, bass guitars, and drums. From here on out, I'm only looking forward to hearing which bands and what songs will help me get through a grueling four years of college.