An Open Letter To My OCD
Odyssey

I Thought OCD Ruined My Life, But Now I'm Changed For The Better

I have a new outlook on life. 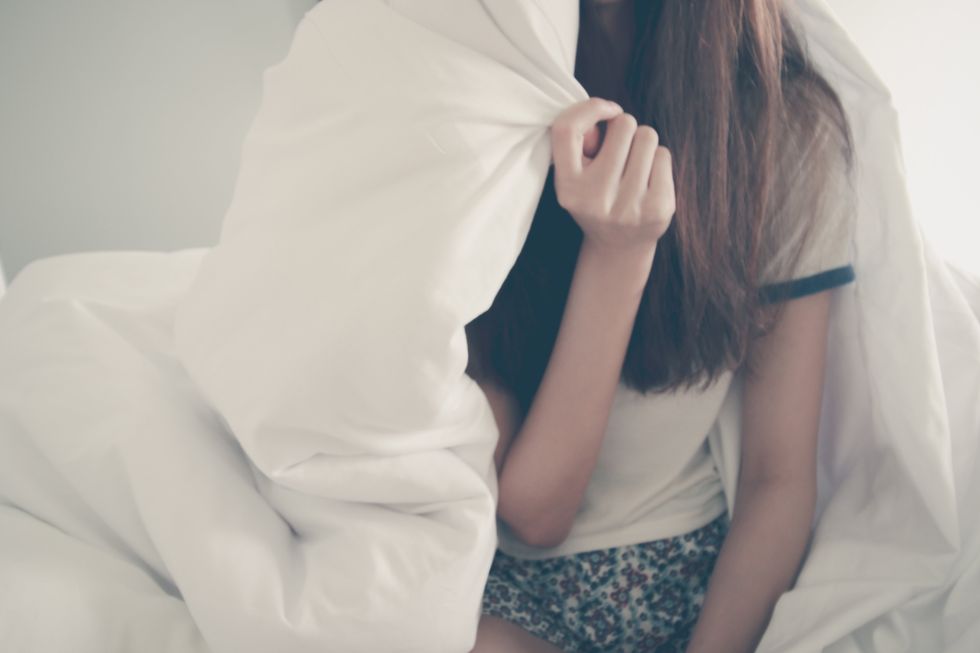 Merriam-Webster defines Obsessive Compulsive Disorder as, "An anxiety disorder characterized by recurrent obsessions or compulsions or both that cause significant distress, are time-consuming or interfere with normal daily functioning, and are recognized by the individual affected as excessive or unreasonable."

I choose to define it as a fire-breathing dragon that I fight every day.

If one year ago someone had asked me what OCD was, I probably would have said something along the lines of "someone who likes to keep things clean, maybe someone who checks to make sure the oven is off more than once." That was about the extent to which I knew. I had no clue what was on the journey ahead of me. If only I knew then what I know now.

May 29, 2020 was the last "normal" day I remember having. I was house-sitting with a friend, it was the beginning of summer and we spent all day in the pool. Life was great. I ordered dinner from a place I loved, spent the day relaxing, and spent a good day with my best friend. Around 6 p.m. when I went to go take a shower, I noticed my anxiety was going up, but I just figured it would pass like usual. Random spikes in my anxiety aren't uncommon for me. Like I said — everything was great until it wasn't.

The next morning, the second I woke up, I vaguely remember having a panic attack. This was unusual for me because I usually don't wake up and immediately panic. I began to have weird thoughts. Thoughts that were the opposite of who I am and I began to panic more. I had no idea what was happening to me. Was I going crazy? (I've come to learn these are called intrusive thoughts). I began to become very anxious and upset and distanced myself from everyone. For the first time in my life, I was terrified of myself.

This continued and progressively got worse throughout the next three to four days. I decided enough was enough and I needed to call my therapist. Thankfully I got into a partial hospitalization program at a behavioral health center in my city the very next day.

Every day was a blur. I had to call my mom on the phone and have her talking and singing through the phone while I took a shower because I couldn't bear to be alone with my thoughts. I'm twenty-three years old and I could barely get myself together to shower. The therapists at my treatment center were fantastic and I thank them for everything they did for me, but I hated them at the time. I hated them for what they were making me do. They were making me confront my worst fears. I had to look them in the eyes and tell them these scary thoughts that were going on inside my head. Thoughts that I thought would get me sent away forever. Thoughts that had me convinced I needed to stay away from my family. I had to trust complete strangers with my life.

Each day was hell. I felt like I was never going to get better.

I felt like I couldn't do the things my treatment team wanted me to do. I had "exposures" I had to do every afternoon and I wasn't doing them. I was too scared. I told myself I couldn't do it. I vividly remember one weekend, telling my parents that I couldn't go on. I couldn't face this every day. I wanted to die. And I meant it.

I did the responsible thing and called my therapist. I'll never forget what she said. She said, "Sara-Anne, you have to want to get better. No one else can fix this for you. You can't just sit there and wish things were back to the way they were. You have to face the fire-breathing dragon. You have to fight back. Don't let the fire-breathing dragon win." That's when things started turning around for me. All of my life I've never had to do much for myself. I've never had to really work for anything. If I messed up financially or really wanted something, I had my family's money to bail me out, a family member got me my first internship (no interview required), and if I was depressed my doctor would just prescribe me a new medicine and I would be on my way. But this was something that someone else couldn't bail me out of. Yes, medication would help, but it wouldn't totally fix the problem.

I had to confront my fears. This was all me.

The very next week I decided, I couldn't live like this anymore. It had been a month and a half of misery. I decided I was going to face my fears. Every day I faced three of the many scary intrusive thoughts I was having. I don't want to get specific, but they were violent. I had to watch videos, look at pictures, and write stories about it. My anxiety was high for the first couple of weeks. Slowly but surely, I found myself getting better. Was this actually working?

By the beginning of August, I was discharged to the IOP (Intensive Outpatient Program) for three weeks. I couldn't believe how far I had come. I still can't. My time in IOP really taught me how to believe in my ability to "be my own therapist" and that I can tolerate uncertainty and anxiety. I can live with the fact that I have scary thoughts sometimes! But I know I'm not defined by them. It doesn't mean I'm going to be a bad person just because I have them. I made my own "panic plan" of sorts for when things start getting hard for me, I have the tools I need to bring myself down and into reality again! I also really began getting into things like guided meditation, 4-7-8 breathing, and going on 30 minute walks with my dog! Having those positive, healthy things to look forward to during the day really makes a difference.

Most of all, I want to say thank you to my OCD.

Not only have I matured, but I also have a new outlook on life. By no means is my OCD gone. It probably never will be, but I can accept that! I can accept the fact that nothing is certain. I may have scary thoughts and they may give me anxiety, but I don't have to stop my life and let it tear me apart from the people I love! I am a strong woman and anxiety doesn't run my life anymore. I have more power and self-confidence than I ever thought I could. I don't run from fear anymore, I face it. And you can, too.