7 Places I Want To Visit Someday

Even though I really want to visit EVERYWHERE. 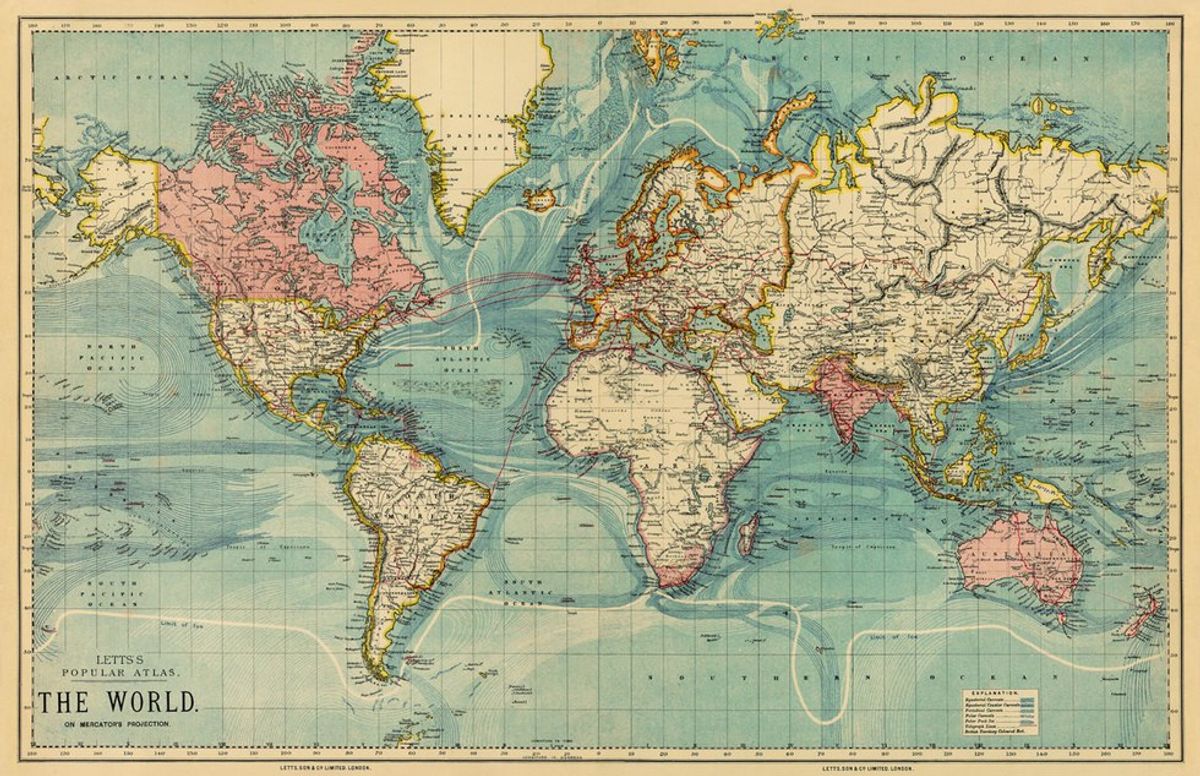 Love It So Much

I have a problem with wanting to travel to too many different cities and countries in the world. As someone very seriously considering pursuing a career in art history, I basically want to visit all of Europe for its artistic and historical significance. However, there are several very specific locations all over the world that I want to visit someday, and these are a few of them. Here are seven very specific places I want to visit before I die.

My sophomore year of high school, I had to do a report on a South American country and learn its customs, culture and most famous landmarks. I chose to do my report on Argentina, and ever since, I’ve always wanted to visit there. If it weren’t for that report, I may never have known that Argentina has such beautiful glaciers such as this one, Perito Moreno. Now that I know about it, I want to someday see it in person. Isn’t it stunning? I would love to visit here.

For as long as I can remember, I’ve admired Anne Frank and her story. I’ve read her diary two or three times and seen just about every movie ever made about her. Her view of a life from the hiding place she lived in for several months during the way is simply fascinating to me. We may have lived in two very different eras and circumstances, but I feel tragically connected to Anne Frank and her story. To visit the place she spent so much time hiding in and to see where she wrote the diary we all know so well would be a dream come true. It feels almost necessary for me to someday visit the Anne Frank House in Amsterdam. I need to.

Pompeii is another historical location that I find simply fascinating and feel tragically connected to. I think it would be both breathtaking and heartbreaking to see the site where the wicked wrath of nature cataclysmically killed thousands of people by the fiery power of a volcano. I would love to learn more about what happened at Pompeii and see the ruins of the city and the statues made from the bodies of those who were killed that tragic day.

I feel as though I don’t need to say very much about this one. It’s pretty obvious why it would be amazing to see the home of one of the world’s most renown theologians and philosophers. To see where C.S. Lewis did his thinking and studying and writing would be an amazing experience. Also, I’ve heard rumors that he has secret passageways running throughout his house that are wicked cool. So, basically I need to see this house.

5. Out 'n About Treehouse Resort in Southern Oregon

Again, this one is pretty self-explanatory. I’ve always loved the idea of tree houses and little outdoor huts and things of that nature, but it would be even cooler if I could live out my childhood dreams of living amongst the trees while also sleeping on an actual bed and having enough room to stand up safely. The answer? Tree house hotels. There are hundreds of them around the U.S. and rest of the world, but this one looked particularly fun to visit. And of course, it’s in Oregon. How cool.

This is a place I’ve always wanted to visit for the sake of historical nerdiness, but I also know that it would be immensely difficult to visit a place that was once filled with such powerful evil. I would be honored to have the chance to pay my respects to the hundreds of people who were slaughtered there, but that doesn’t mean it wouldn’t be a struggle to even set foot in a place that once witnessed such tragedies. Although it would be difficult, I hope to one day be able to visit Auschwitz and witness the location of such a historically significant and tragic event for the human race.

7. The Garden of Gethsemane

I understand that this historical site has become more or less of a tourist trap and that it might not even be the exact location that Jesus sat and prayed in the night before His crucifixion, but it would be breathtaking nonetheless. To see the physical space (or similar to it) in which Christ resided in just hours before his sacrificial death and subsequent resurrection would be simply amazing. I really hope I’m able to visit such a sacred place someday.

Here’s to seeing each and every corner of the world!