Time to break up with your couch. 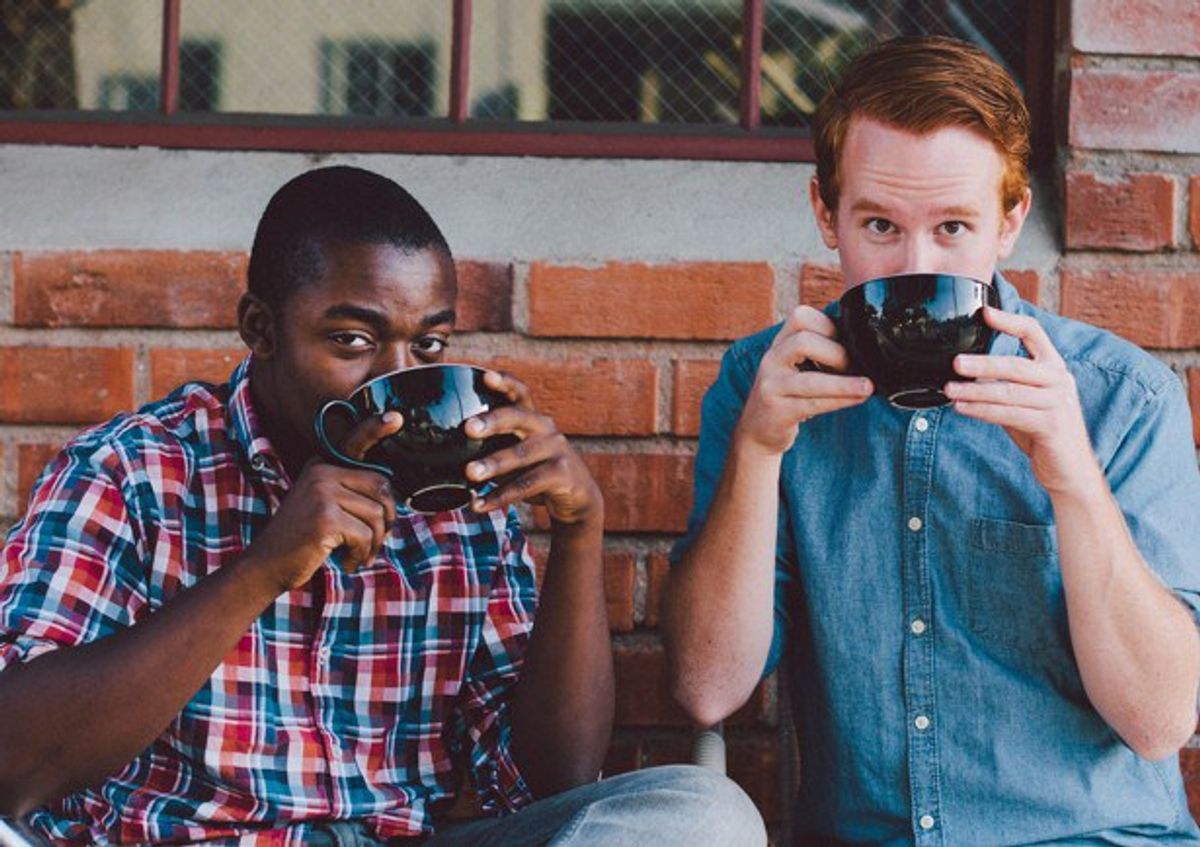 We are a generation of binge-watchers. Sunday afternoons are reserved for a mug of coffee and four (or five) episodes of “Grey’s Anatomy.” While I love me some Dr. McDreamy, he takes away my whole day. With Netflix playing my laundry remains unwashed, a cooked meal turns into take-out, and the essay I swore I would finish is still a rough draft.

But I have a solution for you fellow binge-watchers! Let me introduce you to the podcast, just as addictive as your favorite series, but mobile. Instead of wasting your day on the couch, you can listen to your new favorite shows on a run, during your morning commute, or while vacuuming.

Don’t know where to start? Don’t worry, I’ve got you covered. Below is a list of six TV shows matched with equally binge-worthy podcasts to give a try.

1. If you like “Gilmore Girls” listen to "Gilmore Guys”

Meet Kevin T. Porter and Demi Adejuyibe, your two new best friends. On this twice-weekly podcast, the Gilmore Guys dissect each episode of “Gilmore Girls,” with topics ranging from the show’s pop-culture references, to the early 2000’s fashion. A must-listen for those who never get tired discussing their favorite mother-daughter duo.

2. If you like “American Horror Story” listen to “Lore”

Each episode of "Lore" features a real-life horror story. These scary tales are truly frightening. This podcast is for those who loved sharing urban legends around the campfire at sleep-away camp. Do not listen to this late at night. You have been warned.

3. If you like “Frontline” listen to “This American Life”

I just cannot get enough of “This American Life.” Hosted by the lovable Ira Glass, this journalist program features essays, memoirs, comedy bits, and interviews. Want to know how fast-food chains come up with their ridiculous burgers? Or how about the psychology behind the reasoning of children? This show is for those who wish to broaden their minds. After listening, you will not be without something to say at your next dinner table discussion.

The popular New York Times column “Modern Love” is now a podcast. Each weekly episode features a heartfelt story read by celebrities such as January Jones and Jason Alexander. Listen to essays on love (or the lack of love), the trials of parenting, and personal realizations.

This anti-shut shaming podcast created by Krystyna Hutchinson and Corinne Fisher (also known as the comedy duo Sorry About Last Night) is hilarious. These two girls have had a lot of sex and are not afraid to declare their sexuality. Listen as the two interview one of the many men they’ve slept with. This podcast is a great one to listen to with your girlfriends.

6. If you like “Making a Murder” listen to “Serial”

Wow. Just wow. Season 1 of “Serial” broke records back in 2014 when it became the fastest podcast ever to reach 5 million downloads on iTunes. This non-fiction podcast hosted by Sarah Koenig investigates the murder of high school student Hae Min Lee and the (false?) conviction of her ex-boyfriend Adnan Syed. If you haven’t heard of “Serial,” you’ve been living under a rock. This podcast was a phenomenon last year. Give yourself plenty of time to listen. You’re not going to want to stop.