Brighten your week with a few positive pieces in recent news. 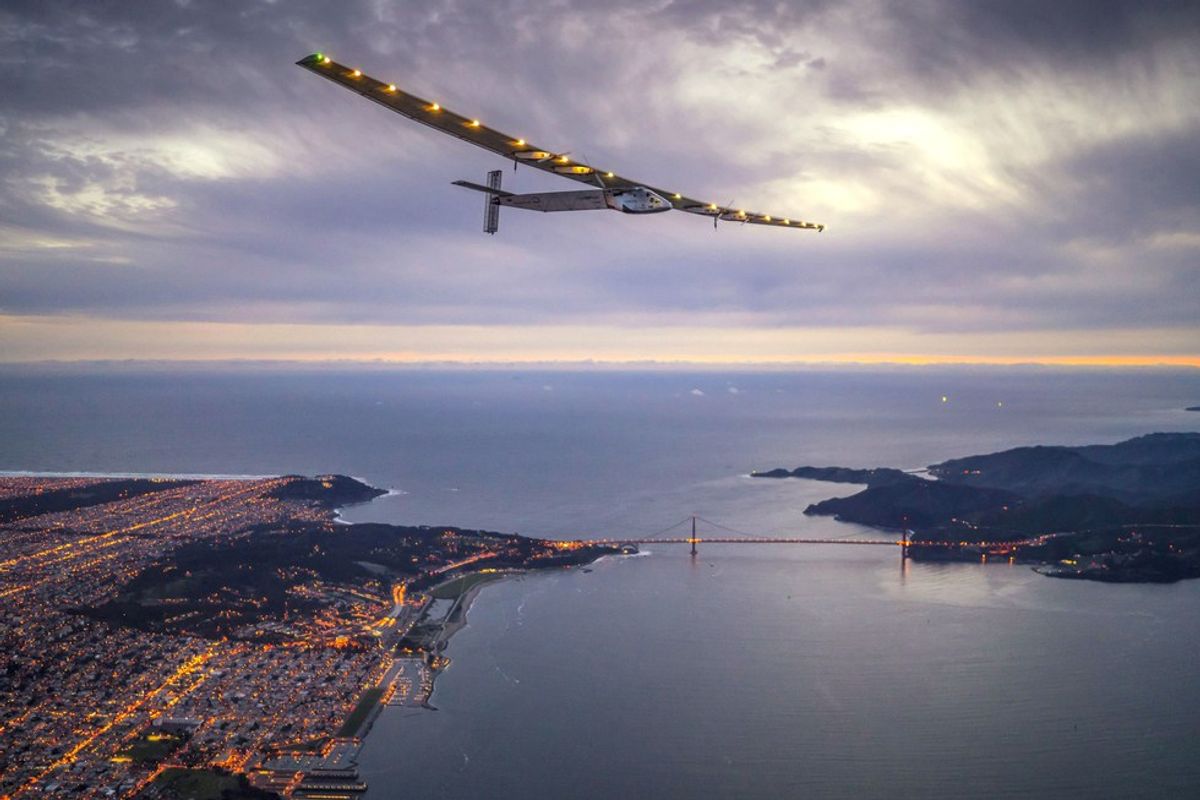 The current events section of most of the common news sources is pretty well-known for churning out stories that -- let's face it -- can be pretty negative. Diseases, debt and destruction can cover entire home pages and leave us as readers feeling a little downtrodden by the world around us. And granted, it's always a good thing to be well informed, even if the picture isn't always the prettiest. But for the next few minutes that it will take you to read through this article, I wanted to share some news that's on the other side of the coin. These five stories showcase the best in humanity and innovation, and the strides that we are making to create better tomorrows.

Let's take a trip back to 2014. The ice bucket challenge is all the rage, and nearly everyone, in and out of the limelight, has had a bucket full of frigid water and ice dumped over their heads. But what was it all for?

Flash forward to this last week, 2016. All those buckets truly add up, and every ice bucket challenge equaled intended funding for ALS research. One million dollars was donated to Project MinE, whose singular goal was to find the gene that causes ALS to appear in some 20,000 individuals across the globe. Project MinE made an amazing discovery this week: NEK1. NEK1 is that very gene that researchers have been searching for for years.

With this new information, doctors, scientists and researchers are hopeful that new targeted treatments can be developed to help individuals with ALS, as well as make more sense of this complex neurological disease.

If you're anything like me, and nothing makes you happier than cute stories about animals, this little snippet is sure to put a smile on your face. This past week, the Fort Worth Animal Shelter set an amazing record for the number of adoptions in one day. Over 300 animals were adopted in a single day, as opposed to the average of 18-20.

This singular event extends much further, though. The Forth Worth Animal Shelter is one of over 700 shelters that have been taking place in the "Clear The Shelters" initiative, which started on July 23. This initiative has led to the adoption of 46,000 animals across the nation. All of these animals are now a part of a loving family thanks to the program, shelters, and their staff.

In March of 2015, a plane took off in Abu, Dhabi. It landed on July 27, 2016 at the same airport. The catch? This particular plane, and its pilots André Borschberg and Bertrand Piccard, have not refueled since their take off in march.

But how is this possible?

The Solar Impulse 2 is the first of its kind: an entirely solar powered aircraft, designed to test the abilities of clean energy sources and prove that these sources can be a viable option for green technology. Borschberg and Piccard have taken turns flying the aircraft for the past 16 months, and have flown a total of 27,000 miles. This is both a feat for the two pilots, who have shattered several world records, as well as science and technology, which now has a clear example of the power and opportunity that solar energy can provide.

Another great innovation that we've seen produce possible change this past week can be found in Austin, Texas. An app provided over 1,000 meals to the area's homeless population.

This unbelievable feat was made possible by the collaboration of a few key players. Unsung.org is an app that aims to feed the hungry by delivering unwanted or excess food from local restaurants to the local population in need. Arcade City -- a more local uber, if you will -- teamed up with Unsung to bring these meals to the hungry at an even more impressive rate.

Jacob King, Unsung's creator, posted this message on social media after the 1,000th meal was delivered:

"Pay attention to this. This is the 1,000th meal fed to the homeless in Austin, TX with Unsung.org Holy crap. #‎hackhunger"

Everyone wants a good night's sleep, but for some, achieving this is much harder than it looks. Many people have become aware in the recent years that spending so much time in front of a screen can be harmful for you. But why is that?

Specifically, this is because of blue light.

Not all blue light is bad, in fact, the sun produces plenty of blue light. But so does all of our technology. And when we spend so much of our time online, checking social media, reading up on things and doing our day-to-day tasks, we expose ourselves to a lot more blue light than our bodies are used to. Now this may seem insignificant, but the amount of blue light can drastically effect sleep patterns, how easy it is to fall asleep, and the quality of that sleep.

The answer to this problem could not simply be, "don't use technology," so researchers had to get a little creative. So this week, they announced the development of blue light blocking glasses. These amber-tinted glasses cancel out the effects of blue light and have already had massive success in helping individuals fall asleep easier. The goal with this project has been to help those with sleep apnea and dipolar disorder to combat intense cases of insomnia.

These five stories demonstrate that every week, we as people are making strides in different directions, using unique tools to change the world for the better. Maybe there's hope after all.