5 Of The Most Unhealthy Relationships on TV
Odyssey

5 Of The Most Unhealthy Relationships on TV 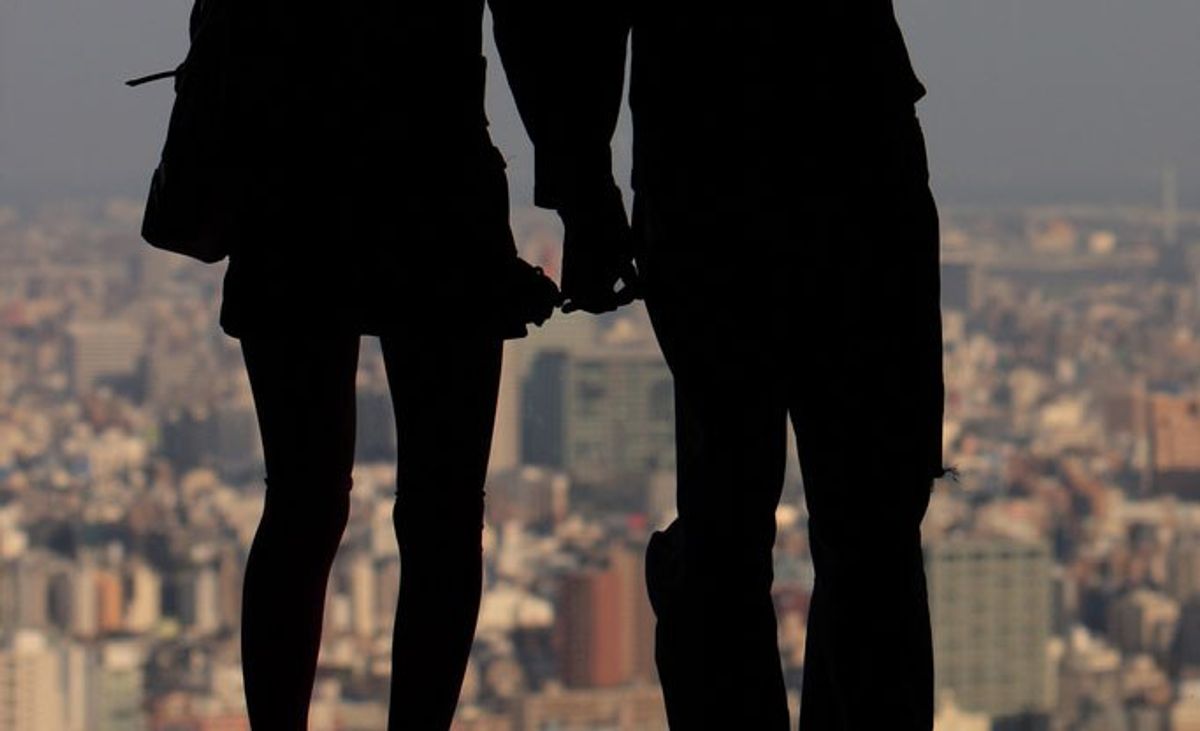 With Valentine's Day passing, it's inevitable that relationships, or lack thereof, are currently a big conversation piece. #Goals is perhaps among the most common comment on any social media post revolving around a relationship that is even remotely desirable, or even, maybe less than desirable sometimes.

The truth is, it seems increasingly common that people are so desperate for some kind of romantic connection that they are willing to accept relationships that are less than healthy. And this definitely translates into what people find #goal worthy in all other aspects of life, whether on social media, in movies, or, most commonly, on TV shows.

So, what kind of relationships should you be watching out for (even if everyone else is screaming #goals!!!)?

Can we all just take a moment of silence for those still ooo-ing and aww-ing over this relationship, even when the TV series itself is now on season five? Where do I even start? First of all, Tate was dead the entire time. And because Violet wants to be with him forever, she decides its a good idea to overdose on sleeping pills. And so, fine, now they're both ghostly companions forever and always, right? Wrong.

Because this completely ignores the fact that, oh yeah, Tate raped Violet's mom in an act of vengeance against Violet's father. But this vengeance is nothing new because Tate also has a tendency to kill people who make him mad. In life, he was responsible for a mass shooting in his high school, and in death, he continued killing people who got in his way. Cute, right?

Leonard and Penny are definitely not at the same caliber of unhealthy as Tate and Violet, but their relationship is still certainly not that great. A majority of the time, they don't really seem to like each other that much. They remain back and forth on whether they're together not throughout a lot of the show. The biggest problems come with Penny feeling stupid based on how smart Leonard is and then Leonard suffering in the fact that because he is so enamored, he can become petty at the drop of a hat. So, inadequacy and jealousy. Sounds a lot like the kind of stuff one tends to want to avoid in a relationship.

Ross and Rachel present some of the typical, less than realistic love-can-conquer-all, love-at-first-sight, love-against-all-odds tropes. And they're what most tropes are in today's day and age - tired and overused. Their relationship seems to dance on the line of star-crossed lovers and creepy. For instance, Ross supposedly waits 10 years to tell her he has feelings, nay that he's "in love" with her.

And the show repeatedly touches on the whole "friend zone" excuse that we (should have) all realized is absolute garbage by now. Yet, in some cases, Ross regards Rachel in a way nobody should want to be regarded. For instance, when prompted to make a pros-and-cons list about Rachel, some of the problematic things he comes up with about Rachel includes "spoiled," "ditzy," and "just a waitress." Add to this all the fact that these two also spend a whole lot of time going back and forth between being together and then apart, Ross and Rachel do not present any kind of relationship that is desirable.

4. Alex and Piper (Orange Is The New Black)

Both Alex and Piper are innately toxic people. It seems evident in almost all of their relationships that they, individually, present the problem with the people they interact with. So, when you put the two together? Well, everyone seems to think this combination creates a #goal worthy couple. Mostly, it seems like people get confused about the fact that they have chemistry, and that this somehow makes their relationship great. Wrong!

Chemistry and healthy are not inherently synonymous in the relationship world. Alex is a drug dealer. And as a result of her drug dealing, Piper winds up involved, and then ends up in jail. But Piper isn't innocent, not only because she chose to be involved to begin with, but also because later on in the series, after Alex has been released from prison, Piper calls Alex's parole officer, and gets Alex put back in jail. Tit for tat, I guess.

5. Jaime and Cersei (Game of Thrones)

Um, how much more do you need beside the fact that they're twins?? Really this one should not even require explanation. And yet, on more than one occasion people have idolized this relationship. Let's say, just for one second, that the whole sibling thing is not an issue. Their relationship in itself is still terrible. They throw a child out of a window to keep their affair secret because yes Cersei is in fact married to someone she is not related to.

Both are equally horrendous in character for a large part of the series, but even when, eventually, Jaime changes and becomes sort of kind of almost likable, Cersei will have none of that niceness. She immediately takes issue with the changes he has undergone. Because naturally, any amount of goodness must be canceled out in an incestuous equation such as this one.