4 Things That Twins Are Sick Of Hearing

4 Things That Twins Are Sick Of Hearing

We understand it, so we grin and bear it. 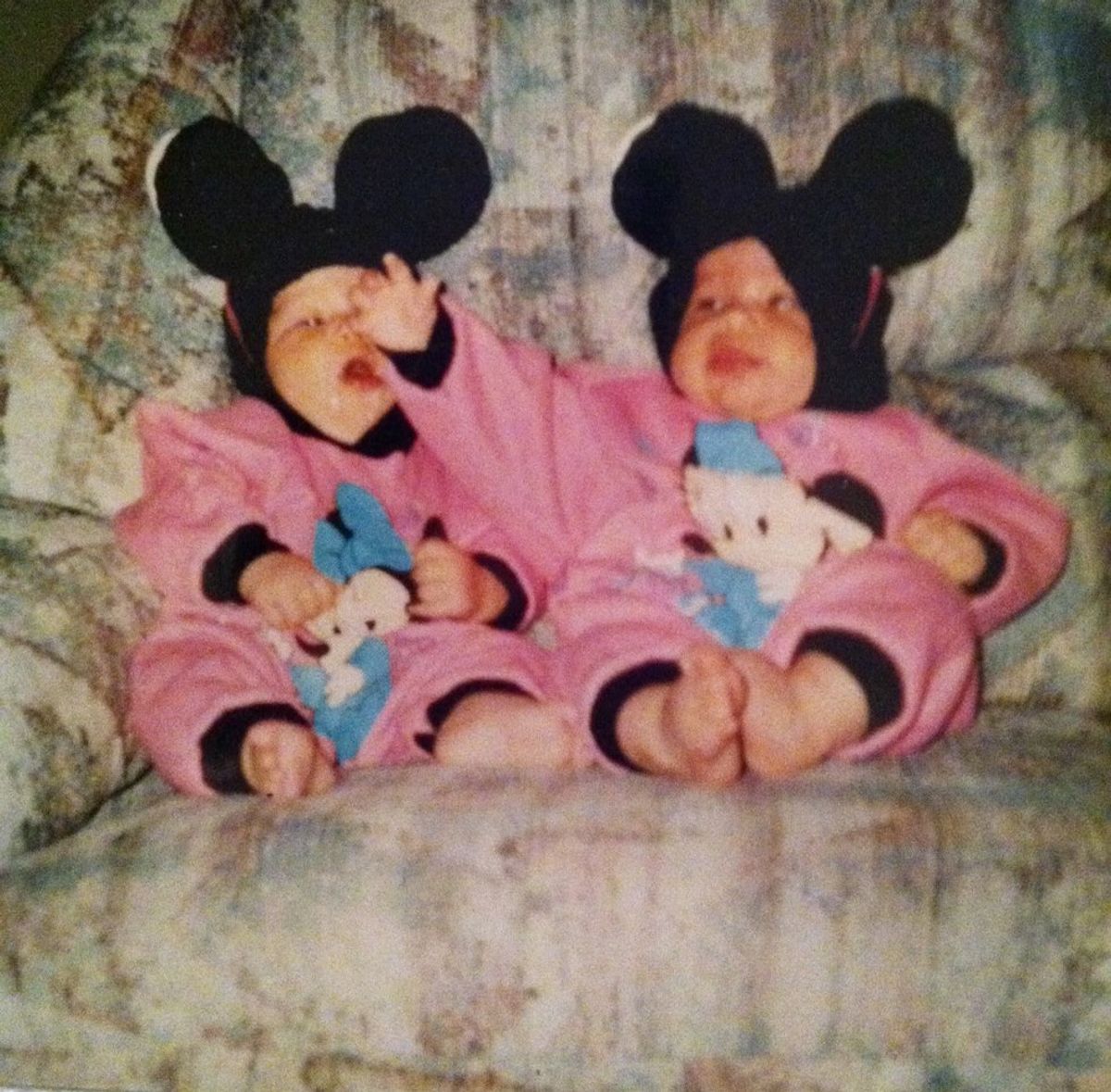 We’re walking down the street, maybe heading to the store, maybe going to get coffee. We look eerily similar, we’re twins after all. People approach us because seeing twins are somewhat of a novelty. And they ask the same questions. We’re sick of it.

Sure, logically it seems like the best idea to be straight up with your suspicious. Better to know right off the bat if you guessed right. However, for the twins, it’s annoying. We understand that we look similar enough to be twins. However, we’re more than just that label. We won’t be outwardly upset or overly irritated if you ask. We just prefer you didn’t. It kind of lessens who we are as individuals by grouping us together. Instead of asking if we’re twins, how about asking who is older. We’ll typically answer it with “I am by this many minutes.” You get your answer if we twins or not, and we don’t get relegated to less than individuals.

I’m going to let you in on a secret. It’s hard to give an accurate description for this because we are twins. We’re used to having someone that looks like us around a lot of the time. We’re used to having someone around to question us, know us like the back of their hands, and disagree with us. Some of us have other siblings outside of our twin, but our relationship with them is always going to be skewed because we do have an ‘other half’ so to speak. The relationship that we have with our other siblings can never fully overcome the fact that we had a womb-mate. So try as we might, we can never fully articulate what it’s like.

Who is the Better/Evil Twin?

Just no. We look similar, and are part of the same family, but that doesn't qualify us as better than the other in any way. Asking us that question is comparing us to each other. We already have an innate competitive nature with one another. Internally, we already compare ourselves to our twins hoping to come out on top. We don’t need other people putting us into that role. I get that the idea behind evil twins are hilarious. I sometimes joke that my twin is the evil one, but in seriousness, it’s a hard question to answer.

Just because my twin might rock at everything science related doesn’t make me less than her. I might be amazing at all things artsy, but that doesn’t make my twin lesser than me. Better is such a hard word to define in general, and even harder to give someone as a title. I have a hard time answering that question, because I would feel guilty taking that title, and horrible about myself if I gave it to my twin. Essentially, this question is asking us to rank ourselves above or below our twin, and that’s not a fair question.

Getting the Wrong Name

I’ll give you the benefit of the doubt. Some parents name their twins rhyming names. Sometimes it’s hard to see defining physical features from far away. Sometimes the wrong name comes out. It makes sense, and we understand it. We realize that sometimes it happens. It just get slightly annoying if people we know well mix us up. It may not be true, but sometimes it seems like if you say the other twin’s name, you like them better. It also undermines our individually. Not like that’s what your intentions were, but it feels like that. We aren’t interchangeable. We’re different people. So the fact you confuse our names, though reasonable, is still a blow to us as separates.

I love being a twin, majority of the time. My sister and I fight just as much as the next set of sisters, but our love and protection for each other is astronomical. She might be the person I’m frustrated with 100 percent of the time, but I’ll still have her back if she ever needs it. That being said, being a twin comes with connotations that aren’t always true. We’re not exactly alike. We aren’t the same person. We have qualities that are specific to one of us. We’re individuals. We know that your intentions aren’t malicious or cruel, and you usually are genuinely curious to know the answers to those questions, but the dynamic of being a twin is a bit more complicated than that. We’re not asking you to tiptoe around our feelings, just be a bit more aware of how it affects the other person.