A Year Without You, Sandra Bland

A Year Without You, Sandra Bland

The unfortunate and overlooked reality of racially charged violence against Black women. 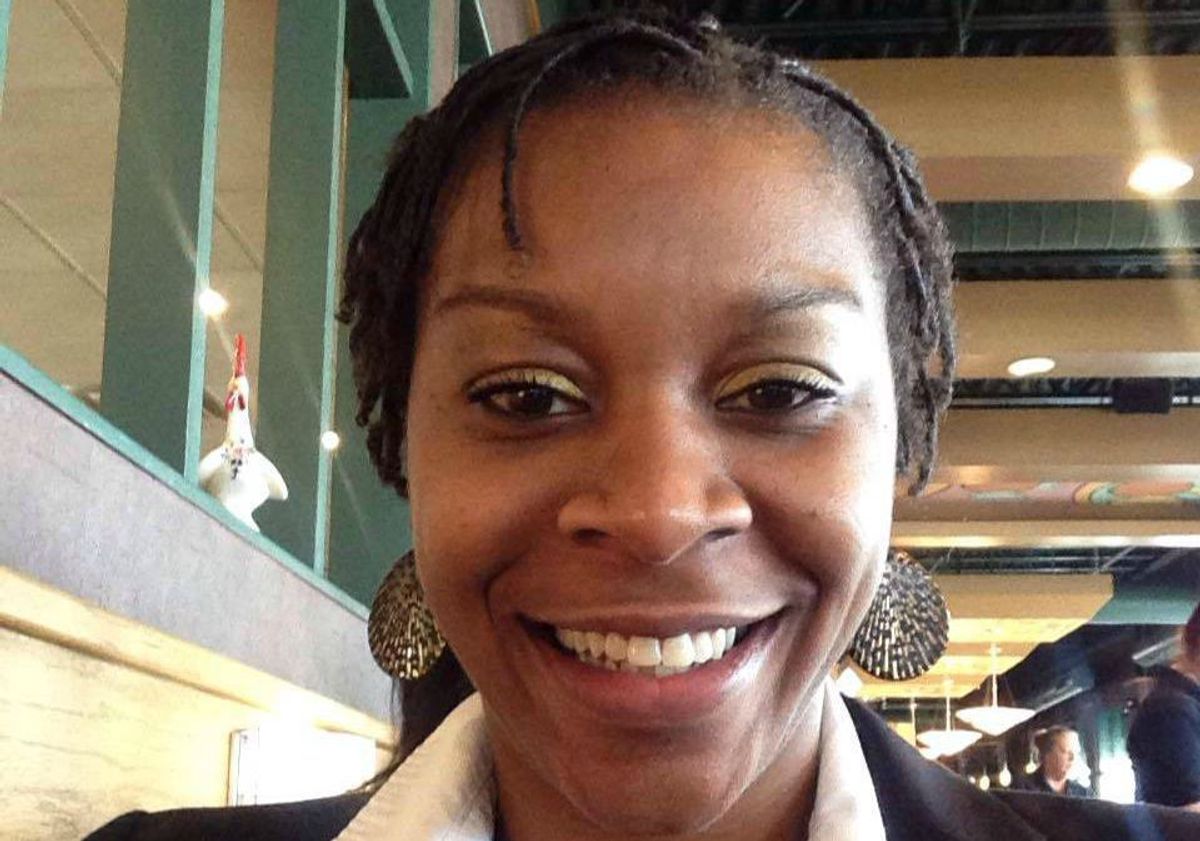 July 13, 2016 marked the one year anniversary of the death of Sandra Bland.

Sandra Bland was a 28-year-old Black woman who was stopped on July 10, 2015 in Waller County, Texas for a minor traffic violation. She was arrested after the interaction between her and the attending officer escalated. The officer, Brian Encinia, alleged that Bland assaulted him. However, the dash cam footage released by the Texas Department of Public Safety seemed to be edited. Eyewitness accounts reported that Encinia became very forceful with Bland. This raised questions about the validity of Encinia’s claims.

On July 13, 2015 Bland was found hanging in her cell. Her death was classified as a suicide.

However, due to the circumstances of the arrest, many people did not believe that Sandra Bland would commit suicide. Bland had just been hired at her alma mater, Prairie View A&M University, and she was a civil rights activist as well as an active supporter of the Black Lives Matter movement. She was young, and seemingly full of life. Would such a minor infraction drive her to suicide? This is the question many people posed, and most came to the same conclusion.

It seemed unlikely that it would.

Sandra Bland’s death caused an uproar. Hashtags such as “#SandraBland, #SayHerName, and #WhatHappenedToSandraBland” were being tweeted by millions including celebrities. Protests were held, and people were outraged.

After the release of her mugshot, protestors became even more confused and angry. The mugshot’s angle and shadows seemed as if Bland was lying down. This made people wonder if she was dead before the mugshot was even taken.

Even with all the uproar and suspicions, Encinia was still not indicted in relation to Sandra Bland’s death. While people were upset, no one really seemed to be surprised.

What happened to Sandra Bland in the custody of the police was tragic. Yet, the fact that her story received so much national attention, though deserved, comes as a surprise. The narrative of racism, police violence and the oppression of Black women in America can often be overlooked.

365 days later and I can’t say that much has changed. In an entire calendar year, no racially charged act of violence against Black women has received the same caliber of outrage as Sandra Bland’s. However, we know that it’s still happening. Sandra Bland was neither the first nor the last Black woman to die in police custody, she was added to a list of Black women who have been victims. While The #BlackLivesMatter movement was started by three Black women, Black women seem to continue to get lost in what the some have tried to twist the movement into.

The #BlackLivesMatter movement was started by Alicia Garza, Opal Tometi, and Patrisse Cullors in 2012 after the death of Trayvon Martin at the hands of George Zimmerman. It was a response to the anti-Black racism that permeates our society. As described on the movement’s website, “Black Lives Matter is a unique contribution that goes beyond extrajudicial killings of Black people by police and vigilantes. It centers those that have been marginalized within Black liberation movements. It is a tactic to (re)build the Black liberation movement.” While it is a movement that includes all Black lives, Black men somehow end up at the forefront the majority of the time.

It’s no secret that most cultures have always put men at the forefront of society, but for the Black man in America things were different. There was a time that Black men were considered property, and barely human. It is important that while we acknowledge the pain and struggle of Black men, we do not allow the pain and suffering of Black women to go unnoticed. For a Black woman the struggle of race and femininity is doubled; to be viewed a certain way by a structural system, but also culturally. I see posts about being scared to have a Black son because he is a target, but let us never forget that our daughters are targets too.

One of the things that hit me most was that after the horrific death of Alton Sterling, actress Issa Rae created a GoFundMe scholarship campaign for the children of Alton Sterling. The goal was $200,000 and she was able to raise $700,000 in less than a week. My heart was overjoyed that people were so eager to help this family and show compassion. Yet, soon my joy was overshadowed by shock and sadness. As I checked my Tumblr, I heard about the death of a woman named Essence Bowman.

Essence was hit by a car during a police arrest. The police didn’t contact her family, and they found out about her death from the hospital. She left behind three children. Her sister started a GoFundMe campaign with a goal of $20,000 for her funeral expenses. Yet, in 20 days only $5,000 of the $20,000 goal has been reached.

In another instance, while on Twitter, I read about the fatal shooting of Deeniqua “Dee Dee” Dodds. Dee Dee was a Black trans-woman who was shot and killed on the Fourth of July in Washington D.C., and is reported to be at least the 15th trans-person to be killed in the United States this year.

Hate crimes against the Black trans community is nothing new, yet somehow, they are usually swept under the rug. Honestly, had it not been for social media, I probably would not have heard of either of these women. Unfortunately, these cases are only a couple of many just like it that we will never know of. Why does it seem that only when black men become victims of police brutality that we remember that "Black Lives Matter?"

I am in no way putting down the #BlackLivesMatter movement; Black Lives Matter was started to combat the normal ideology of what a liberation movement “should” be. Yet, some people have taken ahold of it and dismissed what the movement is about so that it moves according to their narrative. People must remember that the "Black” in Black Lives Matter means Black people. The organization was not built on the principles of being solely for men. Black women lives matter, Black trans lives matter, Black LGBTQ+ lives matter, Black disabled lives matter, and the lives of Black people with a record matter too. All Black lives matter no matter what subgroup they may belong to. While we know that Black men are being targeted and killed at an alarming rate, and while we will continue to fight for their justice, we must never forget that there are other Black lives, and they matter too.