17 Signs You've Been At UCF For A While
Odyssey

17 Signs You've Been At UCF For A While 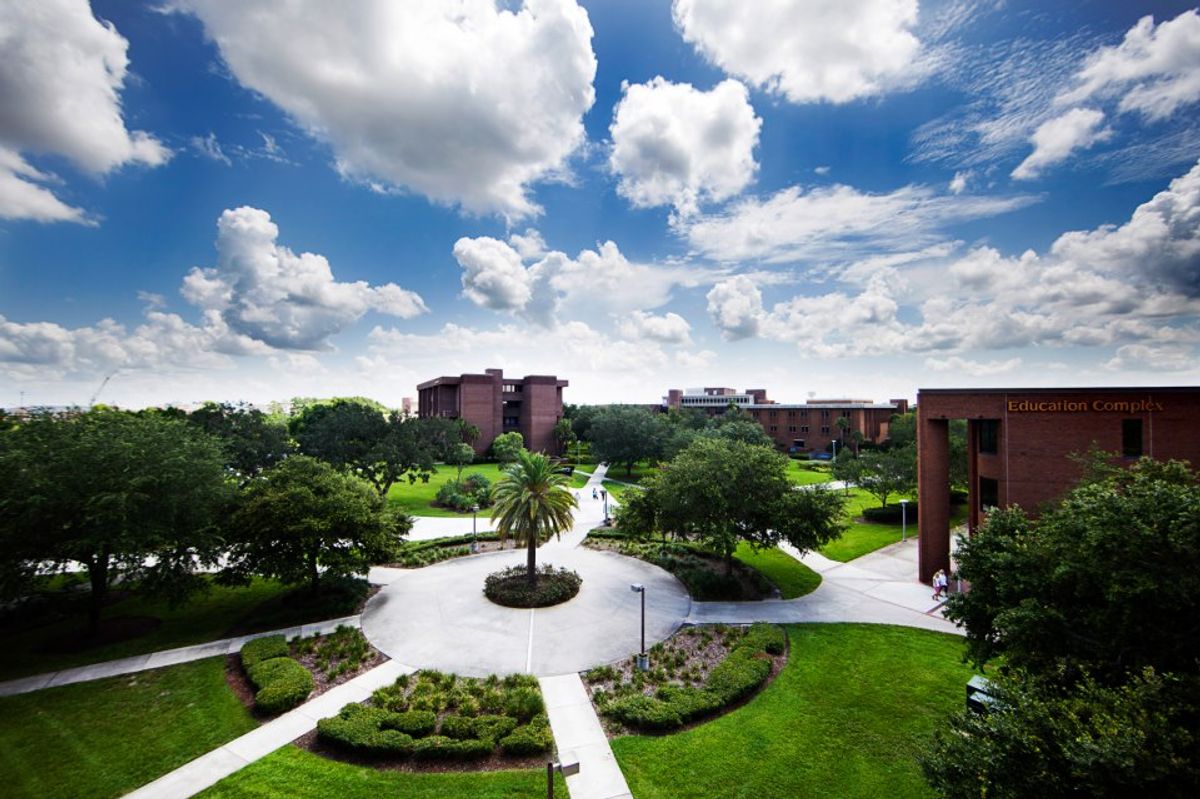 UCF is arguably one of the most unique colleges in the nation. Our campus is unlike any other, and our students are diverse and innovative, just like the school itself. There really isn't any place like the University of Central Florida. Still, after being here for a while, even the craziest sights that make our school unique seem commonplace to the average student. Here are some signs that when it comes to UCF, you've been around the block a few times:

1. You're always accidentally using the word "knight" when you really mean "night."

2. You know exactly how much time it takes, down to the minute, to walk to the on-campus Starbucks and still make it to class on time.

3. You've become so accustomed to the overly-friendly UCF squirrels, you don't even blink when one comes running up to you looking for a spare french fry or two.

4. You're so used to the radical protestors who stand on the "Free Speech" lawn and yell that you're going to hell for wearing open-toed shoes, that instead of reacting, you just absent-mindedly agree with them and keep it moving.

5. Seeing the Quidditch players on Memory Mall used to be a spectacle, but now the sight of people running around with brooms in between their legs doesn't even merit a second glance.

6. Not a day goes by where you don't see at least one construction site on your way to class. UCF does stand for "Under Construction Forever," after all.

7. You've indulged in at least one #basic Snapchat story of the Reflecting Pond since coming to UCF.

8. ... And you probably used a UCF Snapchat geofilter on top of it.

9. You suffered and survived the torture that is the UCF Math Lab.

10. You may have bragged at least once or twice that Tosh from Comedy Central's "Tosh.0" went to college here.

11. You take for granted all the contests and challenges we win so often, like the Victoria's Secret Pink Party or the private Ed Sheeran concert.

12. Your family and friends from other schools have hit you up before to buy them discounted Disney or Universal tickets, because they don't have the hookup like we do.

13. You know all the local bars like, Knight's Library, Knight's Pub, and Stagger Inn like the back of your hand ... even if you don't exactly remember every moment spent there.

14. You've participated in Knight-Thon, UCF's 20-hour dance marathon philanthropy, at least once. Sure, standing and dancing for almost a full day seems tough, but anything #ForTheKids, right?

16. You're practically best friends with your local shuttle bus driver.

17. It's been a while since you were brand new, so you feel nostalgic seeing the high schoolers touring the campus for the first time, following their tour guides around like baby ducks.