How many of these do you do? Or don't do? 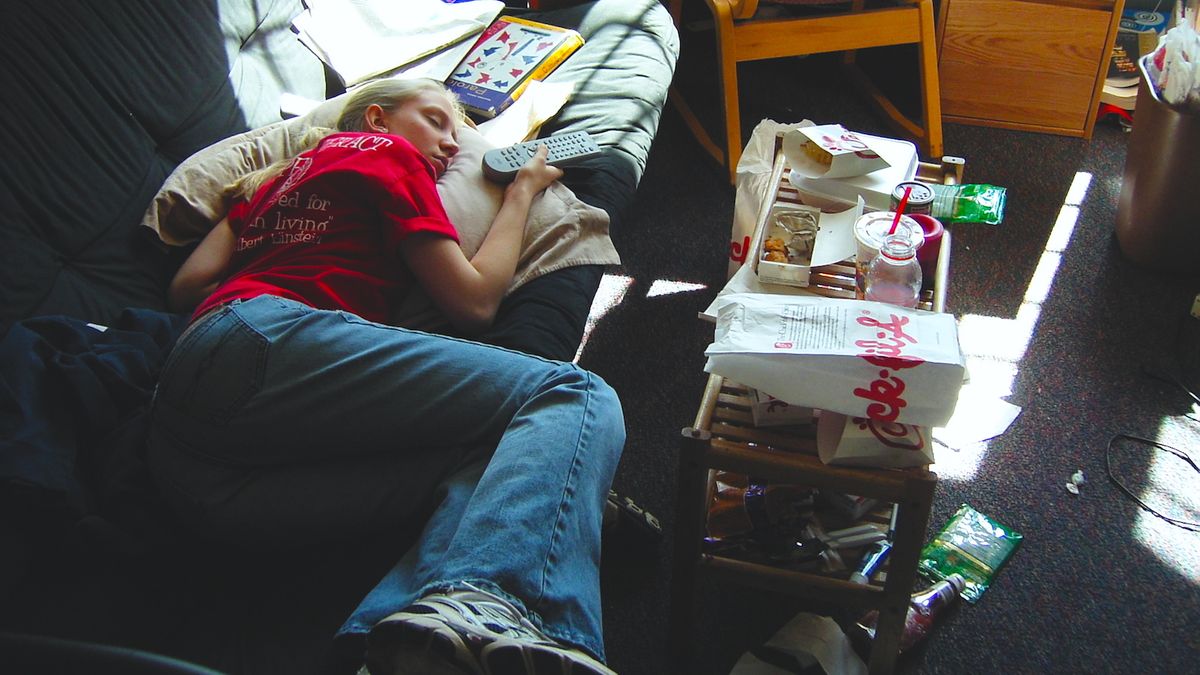 There are just some things that are common in college, and they usually have good reasons. Most college students are coming right out of high school, right out from under their parents' wing, and have the most freedom they've ever had before. Figuring life out isn't that easy, especially when you're thrown into a new world on your own.

A lot of college students don't learn to successfully 'adult' while they're in college. Instead, many wait until after they graduate. It's considered weird if you don't do these things because it means you are one step closer to becoming a real adult. With this scary future coming quicker than most students would like to admit, it's going to be a shock when they leave college and their old habits are no longer going to work for them. Are you closer to becoming an adult than you thought? How many of these do you do?

I know people who drink coffee or energy drinks liberally. My drink of choice is hot chocolate, so while my caffeine intake is significantly lower, it's what gets me through those mornings when I don't want to be awake.

Instead of doing homework or studying, a lot of students watch Netflix/Hulu a lot. When you get so much free time, why not?

3. Think about getting tattoos or piercings

You're 18 (or older) and you're out from under your parents' constant watch. You've probably thought of getting a tattoo or piercings, or even gotten a few.

Going to class every single session is honestly not a good idea. Teachers usually (and should) give you a few absences per semester that don't affect your grade. Use these sparingly, but don't go to class if you're sick or need a mental health day.

When people have only a few minutes between classes or other engagements, those naps are going to come in handy. Just remember, 3 10-minute naps equals a 30-minute nap.

6. Waiting to buy the textbook

Why would you buy the textbook early? Most teachers don't even use their textbook, and if they do, there are copies in the library. Just trust me, don't buy the textbook.

7. Having snacks in your room

Where are you going to go if you want a midnight snack and all of your dining places are closed? Nowhere, since you have snacks in your dorm. I managed to hide an entire bag of walnuts for an entire year without eating them, but they were always there.

Classes suck, but complaining about classes might make it slightly better for a little while. And what about that 5-page paper you didn't know about? UGH.

9. Putting off studying until the last second

Look, I get it. Studying sucks, but you need to do it. You are going to be tested, though, so you should probably learn the material before the day of the exam.

If you get dresses up for class, you are doing better than 90% of us.

Remember when you used to eat breakfast, lunch, and dinner at the same times every day? Me neither.

I personally hate having to wear shower shoes, but I'm not going barefoot in the communal showers. That's just gross