We are oftentimes misunderstood. Let's clarify. 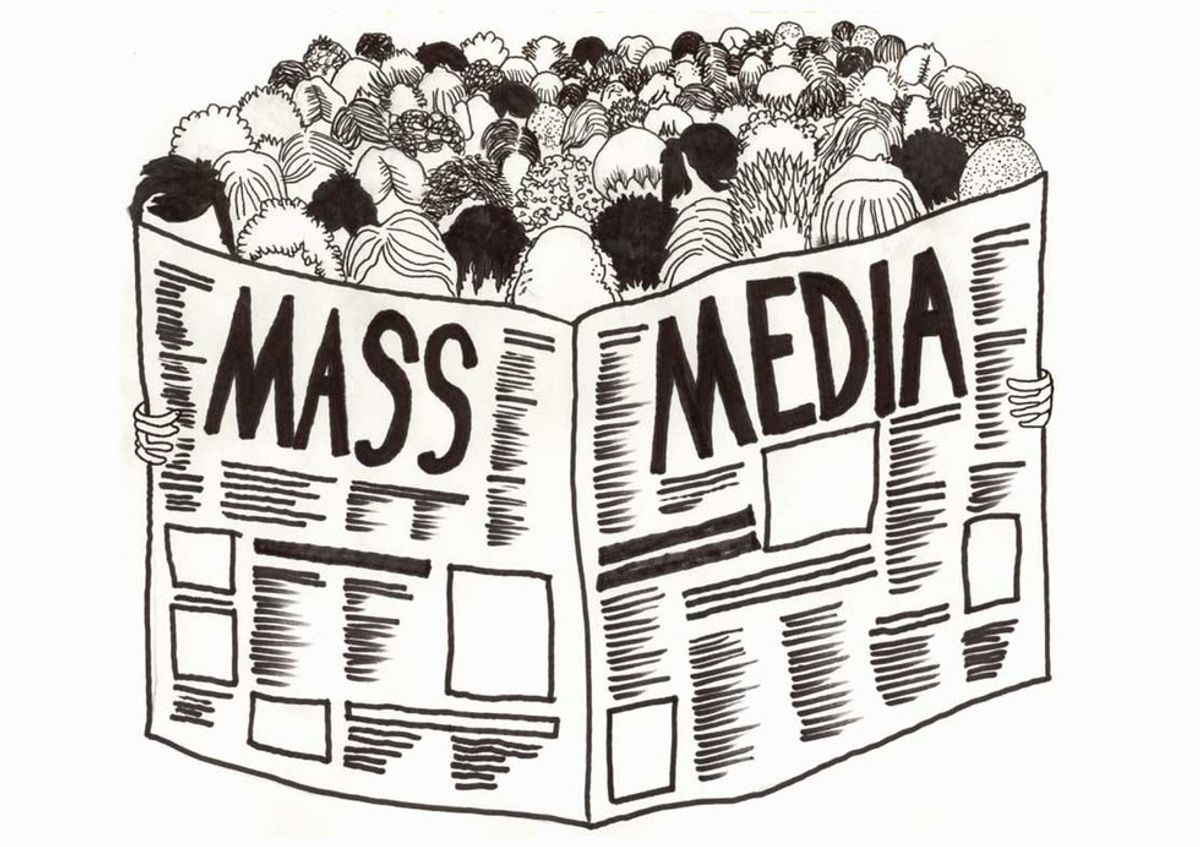 Mass Media majors are a breed of their own. We are driven to create, not to earn. We see the world in terms of lighting and depth. We understand the importance of having something to say and saying it. Our professors are more than educators. They, too, understand our need to show the world something new. Our peers are more than people we sit next to in our 8 a.m. classes. They are our fellow creators.

Here are 13 things all Mass Media majors have in common.

1. We are constantly creating.

Our days and nights are filled with endless streams of thoughts. Thoughts of scripts, future projects, and criticism of our last. We are never satisfied with what we have done. Chances are, the list of projects we are working on is longer than most syllabi.

We dream of winning major awards, seeing our latest film at Sundance, having our script picked up by a major producer, or hosting Good Morning America one day. Most of us hope to one day create something so big the world knows about it. We don't think on a small scale. Our actions and plans for our lives are always aimed at achieving our greatest dreams.

3. We are terrible people to watch any programming with.

We are not just mindlessly watching six seasons of TWD. We don't just go see Batman vs Superman. We watch and we learn. We ask ourselves how they filmed a scene. We watch football games and complain about shots missed or vocalize what we could have done to make it better. The nightly news serves as a source of inspiration for future anchors, not just a long list of what is wrong with the world. Our friends and families now know what to expect as we sit down to watch a program together.

4. Our heroes are often times unseen.

Directors, producers, screen writers, camera operators, gaffers, editing guru, and talented sound mixers: I could go on and on.

Our heroes, those who create the films and shows we all love, are for the most part unseen. Every one of us can tell you who was on the crew who created our favorite films. Sure, we appreciate the actors who bring characters to life, but we adore those who thought up that character to begin with.

5. We know we are different, you don't have to tell us.

We get it. You don't get why we would want to spend hours on end filming a sporting event or weeks writing a screen play that may never end up in production. But we all understand it, you don't have to.

6. The travel bug runs rampant among us.

Traveling the world to see new things, to gain inspiration, to film, to write, to ultimately show the world: it's something we all know and battle every single day.

7. We have a sense of purpose.

8. Nine out of 10 times, we will be running on less sleep than you ever do.

All the projects we are given through school, plus all the ones from our freelance jobs, plus our own projects add up to hours and hours of work. Work that takes priority over sleep most of the time. See, our projects are not just giving us a grade. Our projects are showing us what we are capable of.

9. Technology is an extension of who we are and what we do.

Most of us are rarely seen without at least three forms of technology at all times. We need them and we pride ourselves in understanding them. They are our people.

The path ahead of us is not a straight one. There will be turns, and detours, and complete traffic jams along the way. Understanding that our lives are dependent on our work has prepared us.

11. Multitasking is an understatement.

At this very moment, I am personally exporting two projects, rendering another, waiting for a green-light on a third, watching Z Nation, and writing this article. AND there is no way, I am alone in this. We all have a million tabs open in our minds at all times.

Sure, we focus primarily on creating content for the world to see. But we have to understand the economics of the business. We have working knowledge of the legalities involved in a production. Communication skills of most Mass Media majors rival those of PR majors. We are more that JUST creatives. We are some of the most intelligent people you will ever meet.

13. We are highly motivated.

We all believe that one day, you will see something we have created. We don't plan on stopping until that happens. We won't give up.

Madison Franz
The Narrative
1111207
Photo by Brooke Cagle on Unsplash

Madison Franz
The Narrative
651423
Photo by Manny Moreno on Unsplash