11 Movie Quotes That You Need To Hear When You're Down

Kick your feet up and pop some popcorn, I promise you a laugh. 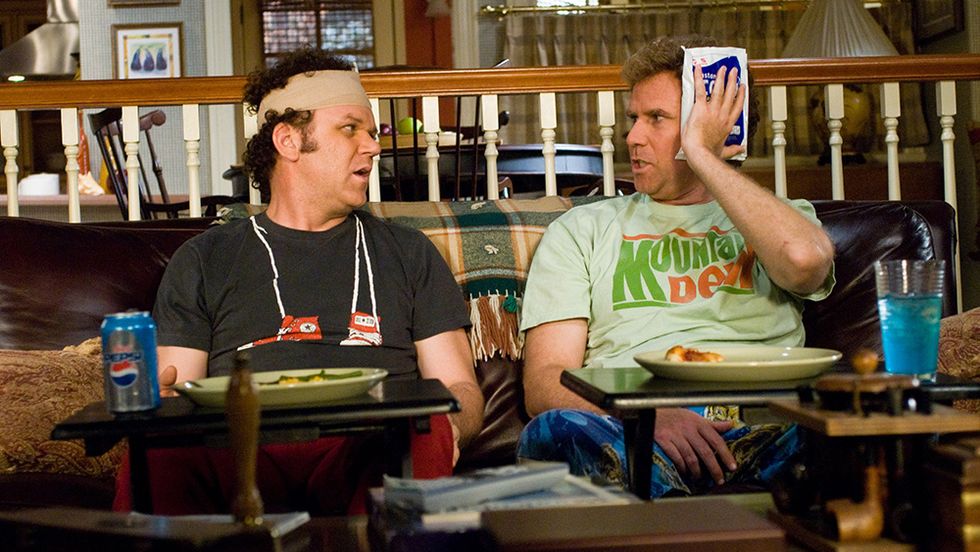 This week I wanted to give you all a lighthearted and funny listicle. I know it's the time of the year where everyone starts getting sick, stressed and seasonally depressed. We all have those days where we're just feeling a little down. I'm sure these movie quotes can turn that around! Kick your feet up and pop some popcorn, I promise you a laugh.

Here are all of the quotes that I can't help but to recite when watching a movie... yup, I am THAT person.

"You have the voice of an angel. Your voice is like a combination of Fergie and Jesus."

"That's my credo: No regrets."

This is a movie quote that I feel like is applied to every day life quite often and yes I'll always laugh at the reference.

"Bye Buddy, I hope you find your dad!"

Quotable even after the holidays. "Elf" is the best.

"It's not a man purse. It's called a satchel. Indiana Jones wears one."

Whatever you say, Alan!

"I wanna get chocolate wasted!"

"The Heat" is by far one of the funniest movies I've ever seen. Undoubtably one of Melissa McCarthy's best.

"I see you're drinking 1%. Is that 'cause you think you're fat? 'Cause you're not. You could be drinking whole if you wanted to."

Gimme some of your tots!

"Why are you so sweaty?" "I was watching Cops."

Yes, another "Step Brothers" quote. I could probably quote this movie in my sleep. My dad's and my favorite.

"When I close my eyes I see you for what you truly are...which is UGLY!"

"She's the Man" is so underrated. If you haven't seen it, WATCH IT.

"Are you guys ready to scr-mi-mimage?"

Gus, Gus Bus! Highly recommend this one, it's a classic.