11 2018 Books Under $20 For Your Bookworms This Christmas
Odyssey

Some people really will read the book you get for them. 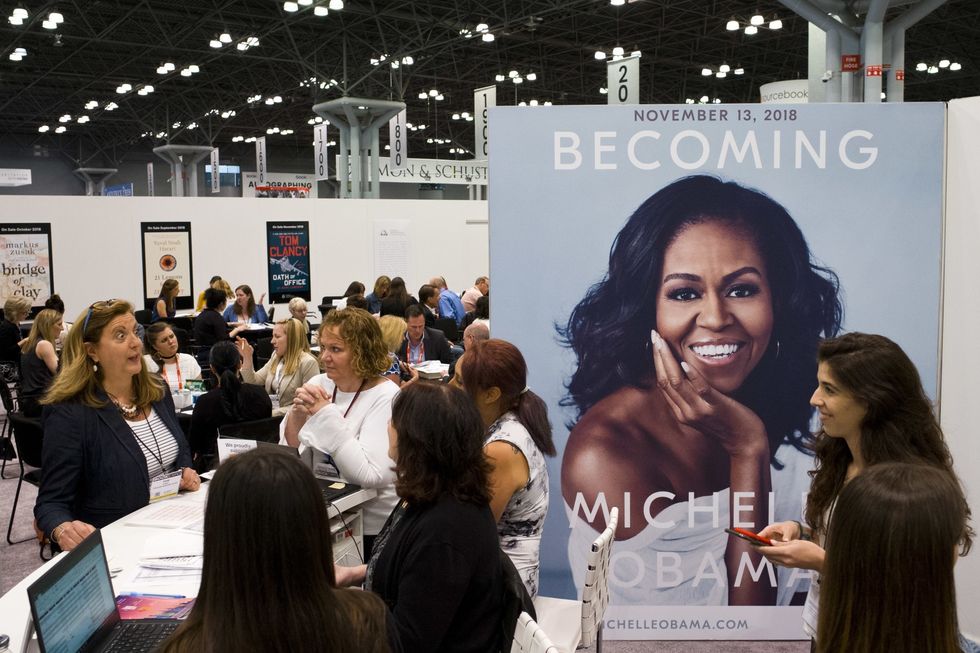 Whether you're looking to add some (mostly) contemporary books to your winter reading list or Christmas shopping for a particularly well-read acquaintance, here's a quick (and cheap!) guide to some of the hottest books of this holiday season.

"It's the moments when Obama tries to make sense of what she's seeing now, in the country, that are among the most moving — if only because she's so clearly struggling to reconcile the clear-eyed realism of her upbringing, brought about by necessity, with the glamorous, previously unthinkable life she has today." -New York Times

The Library Book by Susan Orlean

“At the center of 'The Library Book' is a seven-hour fire that raged through the Los Angeles Central Library on April 29, 1986, destroying or damaging more than a million books. In one of those weird coincidences that Orlean always manages to spot, a library official was meeting with the fire department that very morning to consider finally adding sprinklers to the building. When the smoke alarm went off, none of the 200 or so employees panicked. Given the old wiring and the unreliable systems, they were used to it. 'The fire alarm had come to possess all the shock value of a clown horn,' Orlean writes. Even the first responders — who didn't have a map of the building's dark, circuitous hallways — assumed that it was a false alarm. And when firefighters finally noticed smoke along a shelf of novels, they couldn't contact the command post; the library's thick concrete walls blocked radio signals." -Washington Post

The Wrong Heaven by Amy Bonnaffons

“The idea for the story came to me literally in a dream. I had woken up from this dream in which I saw a woman injecting herself. And then I woke up with this sentence on my brain that said the opposite of having a baby is becoming a horse." -Amy Bonnaffons on 'All Things Considered'

A Ladder to the Sky by John Boyne

“As with Boyne's last novel, there is humor amid the darkness. He gently satirizes the publishing world, not least the vagaries of prizes, the insincerity of writers meeting on the festival circuit, and the endless array of new books requiring endorsements. In Maurice Swift, Boyne has given us an unforgettable protagonist, dangerous and irresistible in equal measure. The result is an ingeniously conceived novel that confirms Boyne as one of the most assured writers of his generation." -The Guardian

Destroy All Monsters: The Last Rock Novel by Jeff Jackson

“Jackson uses violence to illuminate a discussion about authenticity. When everyone is a 'creative,' he argues, money and fame are the goals, and bands outnumber fans, music becomes corrupted. A corrupted thing no longer works, so how do you fix it? In Destroy All Monsters, the solution is murder. Unfortunately, this remedy affects everyone: Those who favor aesthetics over content die, but so do those for whom rock and roll is life." -NPR

“Sir Philip Rookwood is the disgrace of the county. He's a rake and an atheist, and the rumours about his hellfire club, the Murder, can only be spoken in whispers. Guy Frisby and his sister Amanda live in rural seclusion after a family scandal. But when Amanda breaks her leg in a riding accident, she's forced to recuperate at Rookwood Hall, where Sir Philip is hosting the Murder. Guy rushes to protect her, but the Murder aren't what he expects. They're educated, fascinating people, and the notorious Sir Philip turns out to be charming, kind — and dangerously attractive." -NPR

How to Write an Autobiographical Novel by Alexander Chee