10 Signs You Grew Up In Gig Harbor, Washington
Odyssey

10 Signs You Grew Up In Gig Harbor, Washington

I may be biased, but it’s the perfect place that any child could have been raised in. 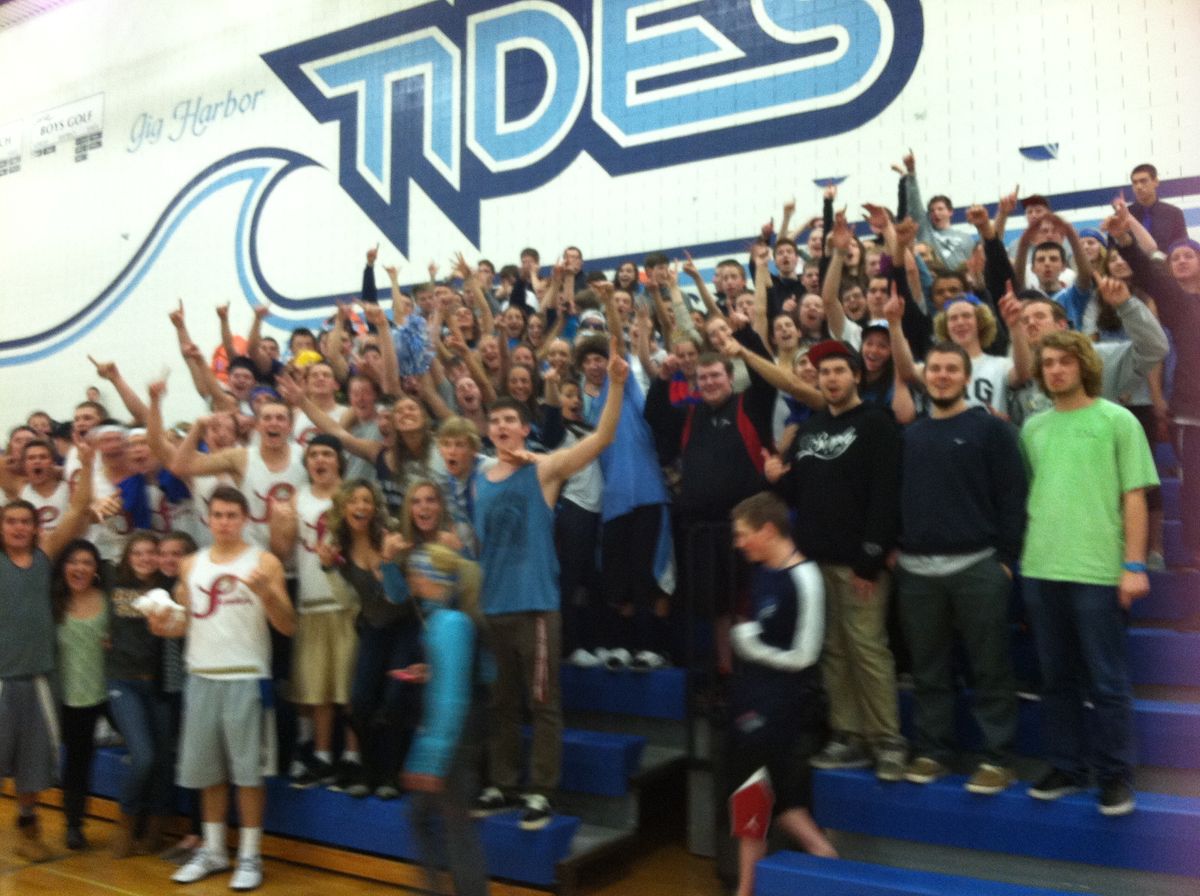 Sure, when you think of small town you have a correlation with country-esque scenery that has a sort of farm living aura to it. This isn’t always the case. I, myself, am from what many would consider being a “small” town where almost everyone knows one another.

Rather than being a farming town it’s actually what once was a quaint fishing village turned into a place that’s focal point is the marina. I may be biased, but it’s the perfect place that any child could have been raised in. Here’s exactly how you know you grew up in Gig Harbor.

1. The Maritime Parade is your favorite time of year

Everyone from Gig Harbor knows the first Saturday in June is dedicated to going downtown to the harbor at what seems like the crack of dawn to either watch as the floats go by and collect candy, or you were in the parade because whatever sports team, club, or school you went to had you participate in it. It was practically a second Halloween because by the time you went home you had an entire bucket full of candy and then some.

2. You went to at least one birthday party at Java and Clay

Bonus points if you went when it was known as “Art and Soul.” You probably went for someone’s birthday in elementary school and painted a piece of pottery that you either gave to your parents as a gift for a birthday or holiday or kept in your room for 10 plus years as a dust collector.

3. You were on a PAA team for at least five years

Oh yes, we all have pictures of ourselves in either the red or the blue jersey, with that cheap white plastic that peeled after a couple washes that embraced our last names. That’s how we got to know the other kids from other schools that we wouldn’t befriend until high school because the school lines divided us. PAA is what brought us all together, and we met some of our closest high school friends from our PAA team.

4. Your doctor, dentist, and neighbor’s dad was your coach for many years

Growing up in a small community like Gig Harbor called for many of us to be coached by our friend’s parent or someone close to us who had another purpose in our life as well.

5. You’ve had the same friendships since Pre-School-Kindergarten era

Sure, friends grow apart, but you still have those friends that were considered your best friends as a toddler, and as you grew up, you still kept in touch and said hi to one another when you walked through the halls at school. By graduation day saying goodbye to them meant so much because you had over a decade of growing up with each other and made it this far in life with them.

6. Fishbowl was another holiday

Another fantastic time of year was in the fall when Fishbowl came around. Peninsula and Gig Harbor in my own life has never been in the same league, but the game against each other meant more than any other game that would take place during the entire football season. Buying your fishbowl t-shirt symbolized a new year with a new record placed on the back, and if you were a girl chances are you planned out your outfit weeks in advance. If you had a boyfriend or a brother on the team it was an honor to steal his jersey and sport his number for the night.

7. You can’t go to Target without seeing three people you know plus a former teacher

Target is the holy grail of everything you need. Because it’s placed in a central location it was always a place to stop after all your other errands on the North end of Gig Harbor. But stopping there meant you had to prepare to run into numerous people you knew and awkwardly run into your former third-grade teacher whom you might think doesn’t recognize you but boy does she remember the brat you were.

8. At least two of your friends had a parent that was a teacher at the school you attended

We all had a friend whose parent was a teacher at one point or another. If it was in high school, boy was that a blessing and a curse. If they’re anything like my friend’s parent’s, they could write you tardy notes, change your absences on your account, and bail you out of all sorts of things school wise. They may have been great tutors as well that helped you out for free.

9. Cutter’s Point baristas not only know you by name, but they also know your order the moment you come walking in the door

Sure we have various Starbucks locations all throughout Gig Harbor. But nothing says you’re a local like supporting the local businesses. One of them being Cutter’s Point. As a former employee, it was a pleasure getting to know those who made up our community from the older generation as well as those younger than me. Not only were the relationships that I made there very personable, but I really got to know what it meant to care for my community. One moment I was asking if they wanted their usual drink, and the next I was asking how their vacation to California was. It was all about building that relationship with them.

10. Convenience stores were a blessing

No matter where in Gig Harbor you lived, there was always a convenience store that was a walking distance away. Rosedale Market (or Templeton’s if you’re that old), Fox Island Store, Island View Market, Arletta’s, and any gas station was a treat to walk with friends to. With a couple bucks from your parents, you could buy a whole lot of candy that you probably finished by the time you got back to your house or your friends.

So, no, Gig Harbor is one of the furthest things from a small farming town. It still has its charm of being a fishing town and the nautical lifestyle that we all live is what shaped us into the people we are. Those who come to visit absolutely enjoy it, and those who’ve been raised there are lucky to call it home. Gig Harbor is a quaint town that I wish everyone got to experience. I consider myself a privileged one because of it.