10 People You See On Planes

10 People You See On Planes

Sometimes they do all the wrong things. 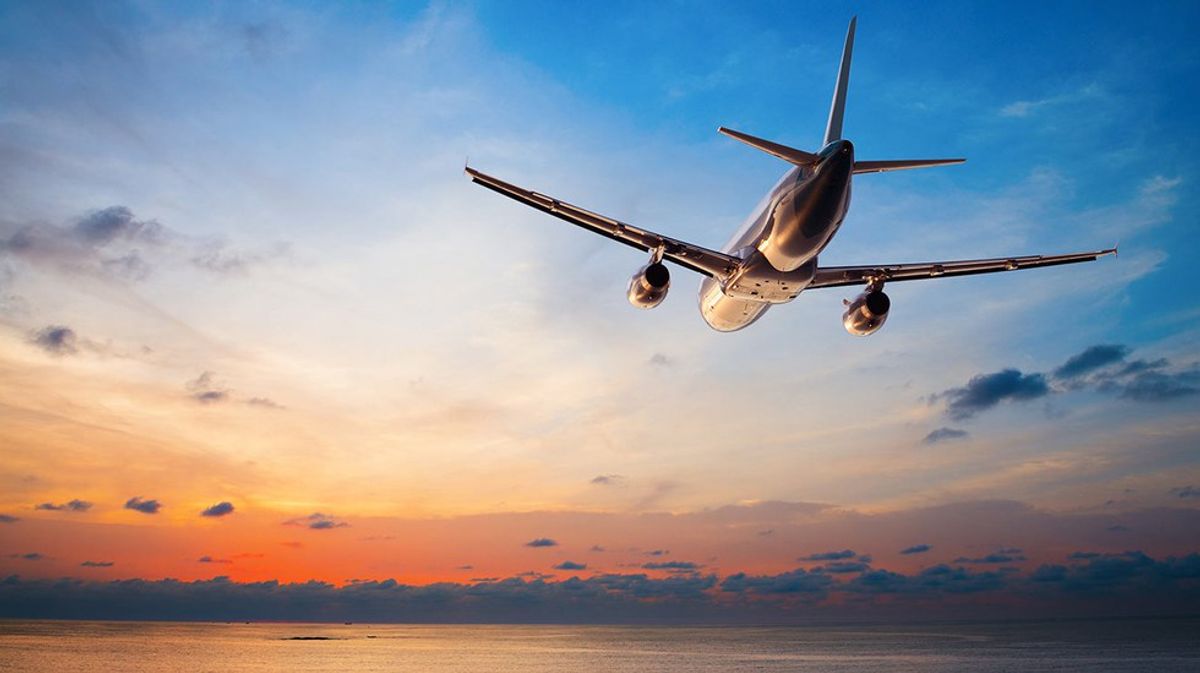 Plane rides can be exciting. There's the thought of the destination, all the sleep you get to do while traveling (really the high point for me) and the thought that you're essentially flying through the clouds like a superhero. What's not to like, right? Except there are always a few people on the plane that you just really wish weren't there.

We all have our good and bad days, but there are definitely some bad days when you simply can't imagine needing to talk to someone for five more seconds, let alone five more hours, and expect to get on the plane and sleep the entire flight. But, surprise! Your neighbor wants to learn all about you, and there's nothing you can do to shut them up.

2. The horrible person who's rude to the flight attendant.

There's inevitably one person who believes that they're more important than anyone else on the plane and deserves special treatment, whether it's in the form of using the first-class restroom when they're clearly sitting in coach or asking the flight attendant for extra food or drink. No matter what, this person is obnoxious and should be avoided at all costs.

3. That one person who smells.

Sitting near a smelly person is one of the worst tortures possible. You spend the entire flight being torn between needing to breath normally and needing to not throw up from the smell and, on top of all that, you can't even say anything to the offender because you're worried about being rude.

4. The child kicking the seat behind you.

Remember when I said that sitting next to a smelly person is one of the worst tortures? That's because this is the worst. What do you do? Talk to the parents and risk them getting defensive of the kid? Tell the kid to stop and risk seeming heartless to anyone in earshot? Pretend nothing is happening and go on with your flight? I don't have any answers, but I do wish you the best of luck.

5. The family with a screaming baby two rows ahead.

Yes, parents, we understand. Babies sometimes freak out, and there's really nothing that a family can do about it. All you can do is wish for headphones and do your best to tune them out.

Babies are one thing, but parents sometimes do the unthinkable and have their kids close enough together that they're both in diapers at the same time. Then, on the plane, one parent is stuck singing "Twinkle Twinkle Little Star" while the other is trying to put together a puzzle, all while the children are continuously (loudly) having fun (or not).

7. The person who has never flown before and is terrified.

You know that one person who is always holding onto the guardrail and making the sign of the cross? Yeah, that's this person. They're convinced the plane is going to come down around them and they have no idea how to deal with their fear.

8. The neighbor who takes up half your seat.

Neighbors who take up more than their fare share of space on planes are the worst. Whether they do it due to body size or simply because they don't understand personal space, these people are some of the worst you can be stuck next to.

9. The person in the window who insists on leaving it open or shut (whichever you don't prefer).

Do you want the row dark so that you can sleep a little bit? Too bad, because they want the window open wide, and you're going to spend the entire flight with the sun in your eyes. But, on the other hand, if you happen to want to look out the window, they're sure to have it shut tight so that they can sleep against it. Really, there's no winning here.

10. The annoying person in front of you who leans back their seat as far as possible.

Yes, you understand that they did pay for their seat and part of the perks of it are the fact that it leans back so far, but come on. It's really just common decency to keep it at least partially out of the way of the person behind them! Now you have to spend the entire flight with the TV about two inches from your face.