10 Artists You Should Be Listening To, But Probably Aren't

10 Artists You Should Be Listening To, But Probably Aren't

Trust me, you need to hear this. 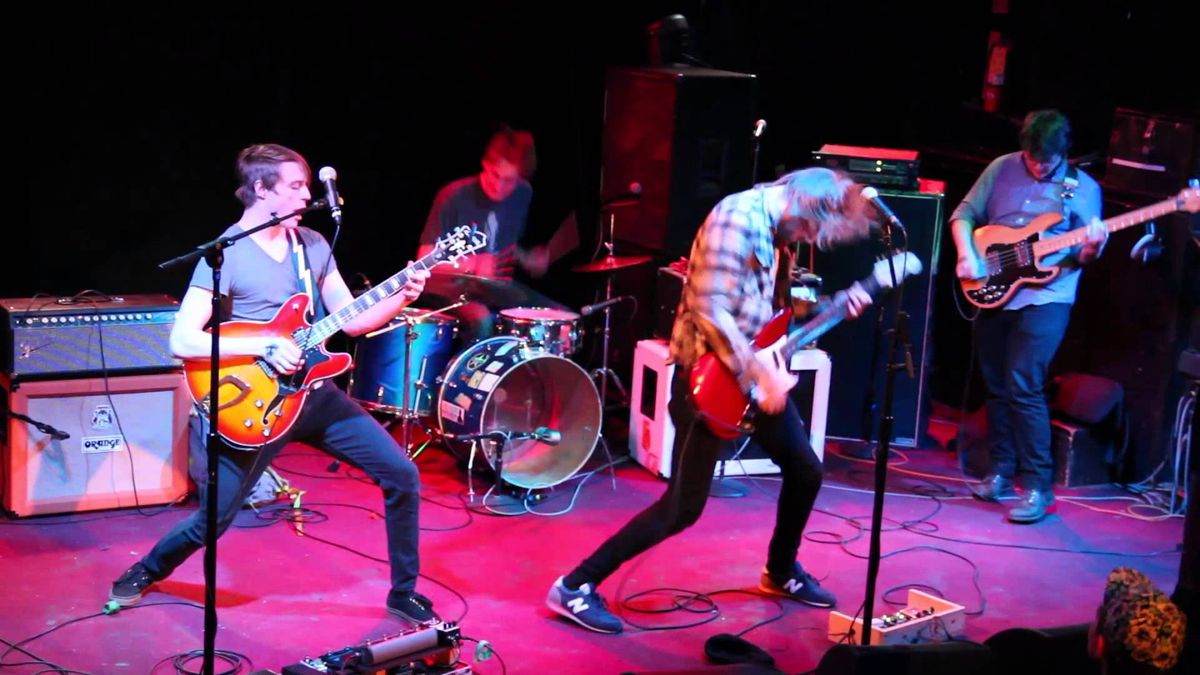 I thought I'd start this off with someone you've probably all heard of. Carly Rae is a pop artist who would be most well known for her 2012 hit, "Call Me Maybe." If you haven't heard it, well, you were probably living under a rock, because it was everywhere. Carly Rae's latest album, "Emotion," is a fantastic album (not to mention the arguably better "B-side") with great pop beats. If you can't force yourself to listen to the rest of the artists on this list, you should at least be listening to some good, respectable pop.

Speaking of good pop -- Blondie is another band you need to listen to. I'm not talking about the one or two songs everybody knows. I'm talking about really listening to them. I have only recently discovered how many amazing albums the group has, from their debut self title album to the flawless "Parallel Lines." Their discography is definitely worth checking out.

Car Seat Headrest is probably one of my favorite bands, and arguably dropped the best album of 2016 with their second studio album, "Teens of Denial." The band perfectly sums up the feeling of skirting on the edge of consciousness at a party (you didn't really want to go to) at 4 AM. Anyway, if you haven't heard of them before, "Teens of Denial" is where you should start. Don't venture off into the lo-fi wonderland of their pre-studio albums until you give that a listen -- and you definitely should give it a listen.

Michigan home boy, Sufjan Stevens, is the best recommendation I've ever received. His albums, "Michigan" and "Illinois," are magnificent, magical, and all I could listen to for about six months. Also, the heart wrenching "Carrie & Lowell," is an emotional roller coaster of Sufjan's folk style at its best. If you are from Michigan and haven't listened to Sufjan, you aren't really from Michigan.

I recently picked up tickets to see these guys in Dublin after listening to their 2015 album, "Get to Heaven" (which is art-pop at its finest), on repeat for about four months. The band has literally everything going for them. With fantastic vocals, amazing instrumentation, and smooth production, why wouldn't you want to listen to them? Not to mention their new album, "Fever Dream," that dropped last week.

This Scottish musical duo are exactly what you need to be listening to. I missed a chance to see them live earlier this year, and have been kicking myself ever since. The duo's first self title album is a fun lo-fi listen, with crisp consistent vocals and great tracks, such as "Killer Bangs" and "Super Rat." Their second and latest album "Babes Never Die," which dropped in 2016, leaves me eagerly awaiting more from the Glaswegian duo.

Julien's first and only album to date, "Sprained Ankle," is a marvelous, melancholic journey of personal intimate songs. The album makes you feel as if you are reading her diary, and you really get a glimpse of how lonely she is. The echoing guitar and chilling vocals really add to this feeling of isolation. Julien has a new album coming soon, and you should check her out.

America listens to far too much Oasis. This is the Brit-pop band you SHOULD be listening to. Forget those "Wonderwall" writing Gallagher brothers. Blur is one of the best bands of the nineties, and Damon Albarn is one of the most talented artists alive. Every Blur album is worth listening to. However, you'll probably want to start with "Great Escape" or "Parklife," both of which contain jam after jam. If you have only heard "Song 2" from these guys, you are doing something wrong, and need to take a step back and look at your music tastes.

If you listen to 21 Pilots, it's OK, you can be saved. I have the solution to your friends who have good music tastes laughing at you. Just listen to Sorority Noise. They are like 21 Pilots, only talented, and don't sing about problems twelve-year-old girls have. Comparing the two bands actually hurts because of how much better Sorority Noise is, but just do it. Together, we can make 21 Pilots irrelevant by listening to good music. But seriously, check out these guys. Every album they have is worth listening to.

Hoops have recently hit us with their first full length album, "Routines," and it's nothing to scoff at. The album is a bright psych-pop album that contains some super slick guitar licks, as well as songs like "On Top," that give me a real Mac Demarco meets The Pains of Being Pure of Heart feel. The Indiana four piece have a lot to offer the current music scene, and I, for one, am very excited to see where they go with their dreamy feel.

So, to conclude, if you aren't already listening to some of these bands, they are definitely worth checking out! Also, I have linked the most suitable album to start with when venturing into the world of underground, Indie music, with regards to these artists.